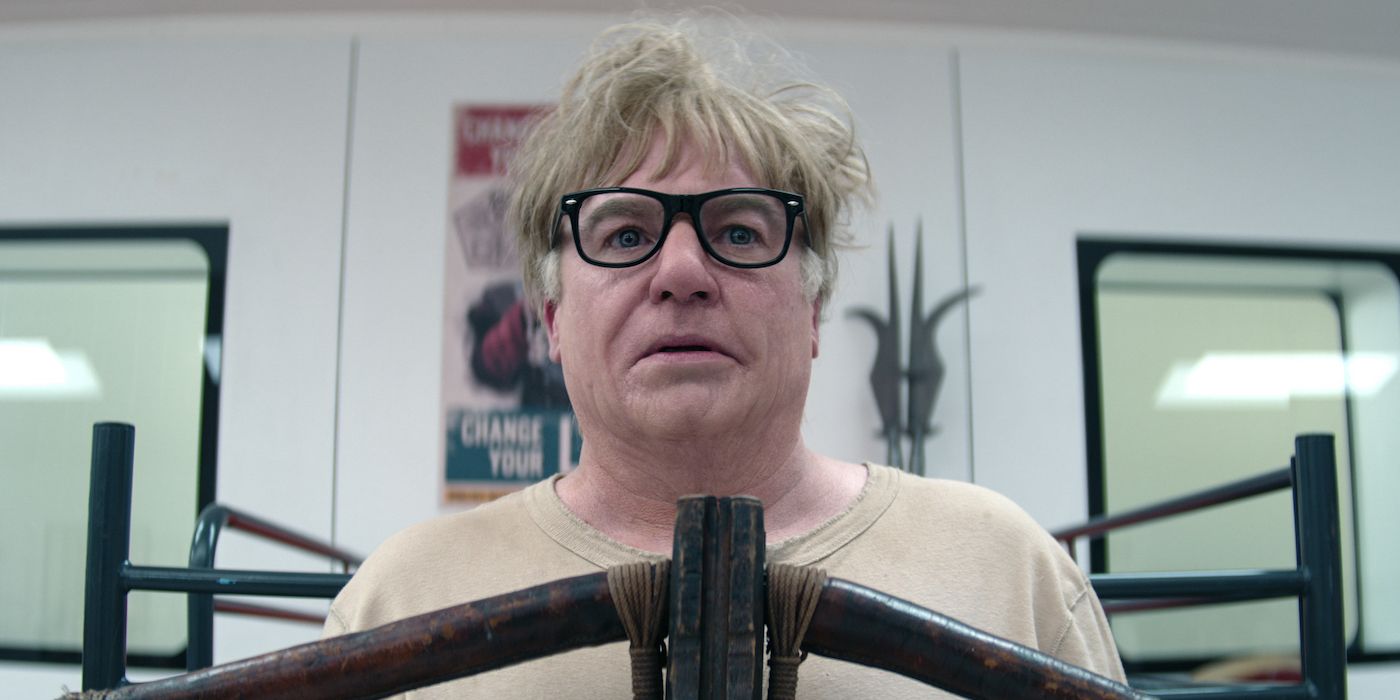 The trailer shows a special message from Lowe, who greets a new person who’s been kidnaped by the Pentaverate. In the upcoming series, the Pentaverate is initially formed by the five men who discovered that the Black Plague was caused by fleas back in 1347. While their visionary discovery could spare millions of deaths, the Holy Church deemed the men heretics and discredited their research, which led them to create a secret society to influence global events from the shadows. Many centuries later, the secret society is in its prime, and the new trailer teases all sorts of funny rituals and costumes developed by the Pentaverate with the passing of the years.

The new trailer also officially presents four of the five members of the Pentaverate’s inner circle. First, we have Lord Lordington, the oldest and highest-ranking member of the secret society. Joining the old Lord are media mogul Bruce Baldwin, ex-Russian oligarch Mishu Ivanov, and Alice Cooper’s former manager Shep Gordon. The fifth member is not disclosed in the trailer, but Lowe’s message says it’s the person who got kidnaped. All four identified members of the Pentaverate are played by Myers, who also plays Ken Scarborough, an incompetent Canadian journalist who’ll try to expose the world’s biggest conspiracy.

Myers hasn’t headlined a major live-action comedy project since 2008’s The Love Guru, which bombed with both critics and the audience. However, the star is making up for the lost time in The Pentaverate. As the trailer highlights, Myers jumps from one part to another in the upcoming limited series, pushing joke after joke about the most absurd conspiracy theories people come up with.

The Pentaverate also stars Ken Jeong, Keegan-Michael Key, Debi Mazar, Richard McCabe, Lydia West, and Jennifer Saunders. Saunders is the only other cast member to have multiple roles, as she’ll play two prominent members of the Pentaverate. The series is directed by Tim Kirkby and executive produced by Jason Weinberg and John Lyons, Tony Hernandez, and Lilly Burns for Jax Media.

The Pentaverate hits Netflix on May 5. Check out the new trailer below:

Here’s the official synopsis of The Pentaverate:

What if a secret society of five men has been working to influence world events for the greater good since the Black Plague of 1347? As this new series begins, one unlikely Canadian journalist finds himself embroiled in a mission to uncover the truth and just possibly save the world himself. Remember, the Pentaverate must never be exposed!