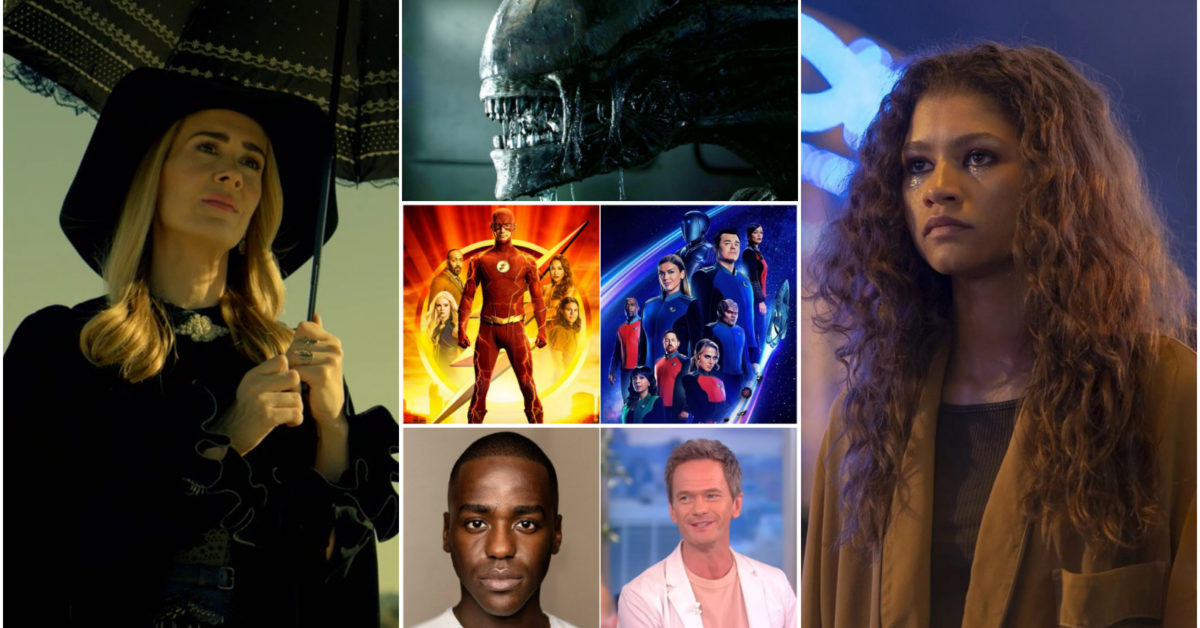 How can you be so warm?/How can you know what I feel?/Well, it’s the way you move your hands/And it’s the way you understand/And that’s the reason that I’m asking/Hey-ee-yay-I/And that’s the reason that I want to know/Hey-ee-yay-I/And that’s the reason that I’m asking/Hey-ee-yay-I/And that’s the reason that I’m… the BCTV Daily Dispatch! With respect to Better Than Ezra for “In The Blood” as our opening “long-distance dedication,” welcome back to Bleeding Cool TV’s “big tent” look at what we’ve been doing for the past 24 hours that you might’ve missed or might want to check out again. We’re talking about everything from news and reviews to interviews and opinion pieces- all for your television-obsessed enjoyment. Our line-up for this morning includes a wide range of topics. We make the case that The CW’s Grant Gustin & Candice Patton-starring The Flash deserved respect while Hulu & Seth MacFarlane‘s The Orville deserves another season of “New Horizons.” FX’s American Horror Story Season 11 is confirmed for this fall, but what about Sarah Paulson‘s future with the franchise? FX Networks confirmed Noah Hawley‘s submitted all of his “Alien” series scripts, and they’re looking to start filming next year. Doctor Who star Neil Patrick Harris may have outed Ncuti Gatwa‘s Doctor during a podcast interview, and it appears Zendaya will be directing a third season episode of HBO’s Euphoria after all.

Has Atlanta Changed or Have They? FX Releases S04 Official Trailer

Only Murders In The Building Season 2 E07: Puzzle Pieces Of Trauma

BCTV Daily Dispatch: For a look at what’s going on across the television and streaming landscape, sign up for Bleeding Cool’s daily email round-up of the news you need to know here.

The King Of Fighters Drops Two Characters Into Fall Guys