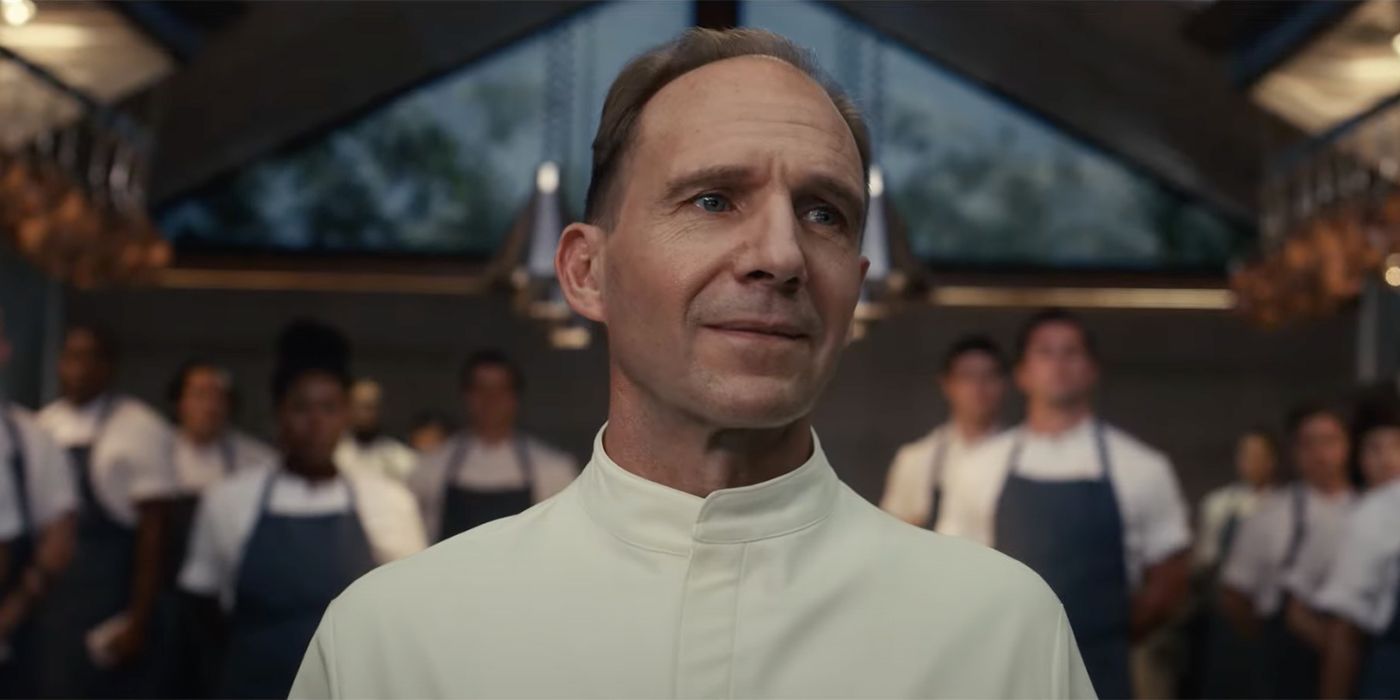 Searchlight Pictures just released The Menu starring Ralph Fiennes, Anya Taylor-Joy, and Nicholas Hoult in theaters this weekend. Centered around a showstopping meal, the comedic-horror thriller directed by Mark Mylod would not taste the same without world-famous Chef Dominque Crenn on board.

The Menu starts out as a luxury culinary experience limited to the 1% before it evolves into a darker, far less appetizing evening created by Fiennes’ character, the renowned Chef Slowik who was driven to madness by his relentless pursuit of perfection. Hoult plays Tyler, a foodie obsessed with the Chef’s extravagant work, and is joined by Taylor-Joy’s character Margot, an unexpected dinner guest at the Hawthorn, a restaurant situated on a lonely island with a startling $1250 price per guest. Due to the film’s nature and the prominent role cuisine plays in the film, the cast and crew of The Menu needed the perfect chef consulting on the project.

This is where Chef Crenn came on the scene, per Variety. Alongside production designer Ethan Tobman and the rest of the culinary team, the consulting chef took on a major role in bringing the momentous meal and its satirical touches to life on screen. Crenn, who has been featured on Chef’s Table, is the creator of Atelier Crenn, a San Francisco tasting menu restaurant where dishes are described as an expression of “taste, scent, and vision.” With her reputation preceding her, Mylod asked Crenn to join as a chief technical consultant so that she could help conceptualize the menu based on Seth Reiss and Will Tracy’s screenplay.

Tobman, who was a production designer for Pam & Tommy and Black Is King, described the visionary chef as “rather fearless.” Since he got his start working in kitchens before he made his way to the film business, he commented on how The Menu brought him full circle before he explained how Crenn came to be a consultant on the film. When the crew behind The Menu brainstormed chefs they could ask to consult on the film, Tobamn said Crenn made her way onto everyone’s lists.

“We all said, ‘she’s never going to say yes.’ We were kind of shocked when she took the meeting,” Tobamn said. “She’s impulsive and she’s truly an artist first and foremost and that’s what we were looking for.”

Although Crenn’s style is nowhere as intense or dark as Fiennes, she shared how she relates to the pressure, while also reassuring that she’s “not as crazy as he is.” She went on to describe how the challenges of snobby critics and picture-taking foodies could drive a chef over the edge, pointing out the high rates of alcohol and drug abuse in kitchens. “It’s kind of a bully type of thing because the pressure in the kitchen is so high — mentally you can get really affected, and then you lose it,” Crenn said.

Since they worked together on The Menu, it appears the film won’t be the last time Tobman works with the culinary genius. Crenn invited the production designer to create a new look for Atelier Crenn in San Francisco. “It’s nice to partner with someone that can see things outside of the box to bring something new to this world,” Crenn says.

The Menu is in theaters now. Check out the trailer below.