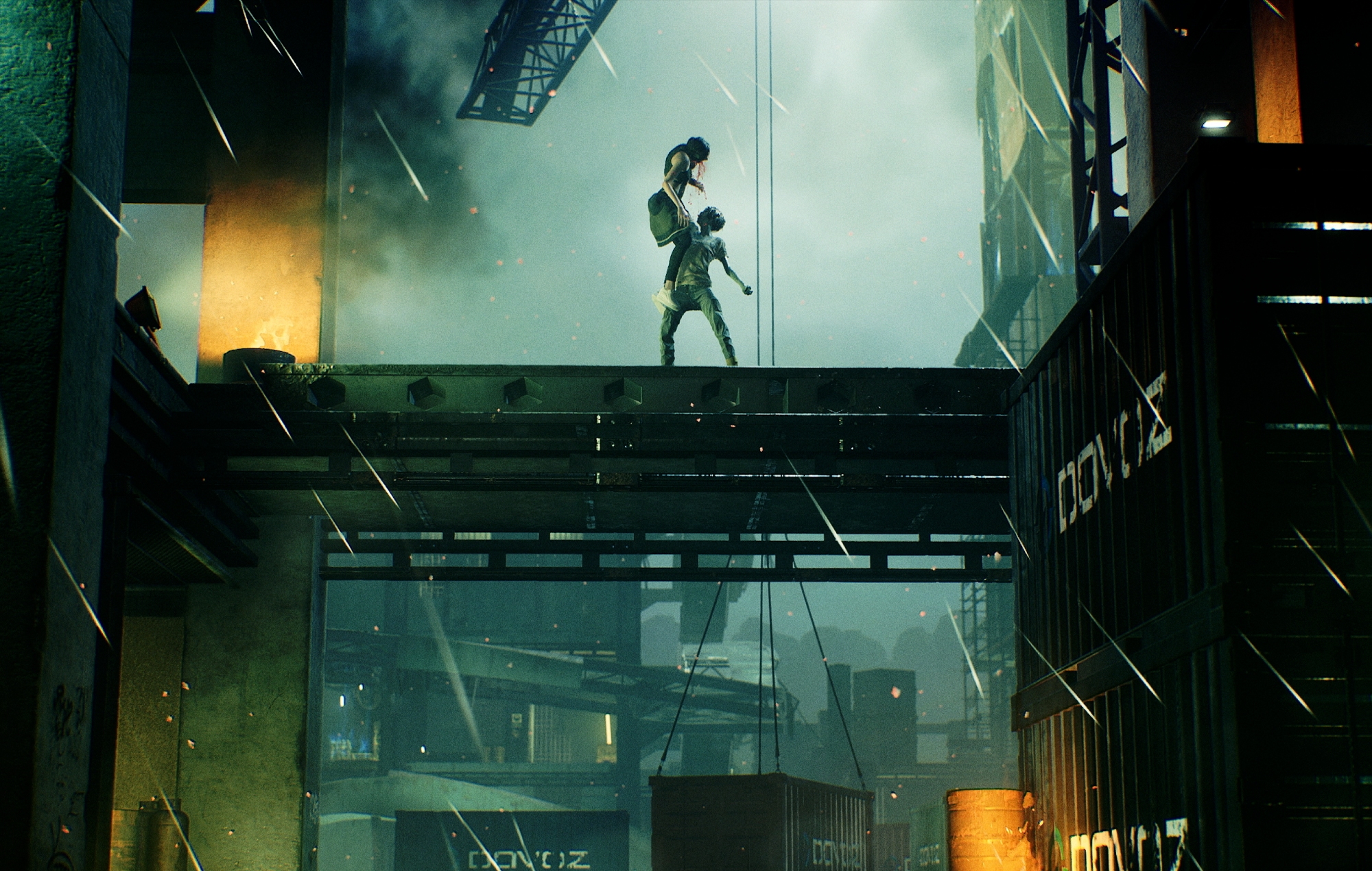 After spending a few days playing around with battle royale Vampire: The Masquerade – Bloodhunt’s city of Prague, there’s no denying it’s a stunning place to fight for your life. Long winding streets and alleyways act as a claustrophobic maze pushing players to fight across picturesque rooftops, as rain coats everything and a vampire-poisoning gas cloud slowly rolls in.

But, while developer Sharkmob did dispatch a team of artists with cameras to capture several of Prague’s best bits with photogrammetry set-ups, it’s not the real Prague. Instead, it’s a fantasy version built to be compelling – and to make it more readable for players that are perhaps more used to the wide-open spaces that populate other battle royale titles, they turned to movies like Underworld, John Wick and The Matrix.

NME spoke to Sharkmob (and Bloodhunt’s) art director Erik Nilsson about magical realism, and how it’s a core part of Bloodhunt’s vampire punch-up.

“I think the way we approach games here is, we make big impressive AAA experiences,” says Nilsson. “If you look at any movie, and a lot of AAA games, a common approach is that if you want to make something that is quote / unquote realistic, you don’t take real life.”

“You take inspiration from real life and go as close as you can, before putting an artistic touch in and adding the fantastical elements.”

Nilsson namechecks a lot of recent movies, but points at recent Matt Reeves flick The Batman and John Wick as great recent examples. “They’re colour graded a certain way, they’re artistically directed in a certain way, and the intention is that they feel larger than life, right? This isn’t the real Prague [in Bloodhunt] but it’s our version of Prague.”

Explaining that it’s good to look at Hollywood movies for reference as so many games are looking to take inspiration from big blockbusters, Nilsson points at one in particular:  There are little pops of colour to make the scenes feel different, and we do something similar here to help with navigation.

“If you have a BR game, you need to be able to navigate through the world and having strong pops of colour, and a strong feeling of difference and differentiation is important. Another thing we looked at a lot was toxicity. We wanted the world to feel dangerous and to feel toxic. You’re surviving against the whole world and the whole city is out to kill you, so there is always a green and yellowish toxic tint to everything to make you think you’re in a dangerous situation.”

In practice, this means there are bluer areas, greener areas and redder areas scattered throughout Bloodhunt’s Prague. Combine this with landmarks like a huge burning church, a grand square and even several of Prague’s real-world statues, and it’s a surprisingly easy-to-navigate city.

But, where next? Nilssen laughs, explaining that the team got to visit Prague twice ahead of production. For Bloodhunt‘s future, Nilssen pointed at Tokyo as the place he’d love to set another Bloodhunt map, and he’d also love to go there on holiday.

“I would love to do a map in Tokyo. We’ll have to see where it’s feasible to make maps. There’s a production reality, of course, but that would be really cool. I think there’s one thing we can do with this game is that Vampire: The Masquerade is very cloak and dagger – a political intrigue kind of game – the original tabletop. But our game is one night in that game where it’s gone to shit and everything’s a battle. So, we can play around with some themes that are a bit more ridiculous like Underworld, or Blade, or John Wick, or The Matrix. One thing I’d love to do is like a Hong Kong classic action movie, or like a Mission Impossible thing where you’re racing down a skyscraper or shooting with two pistols while bullets are flying around you.”

Vampire: The Masquerade – Bloodhunt will launch on April 27 for PS5 and PC.