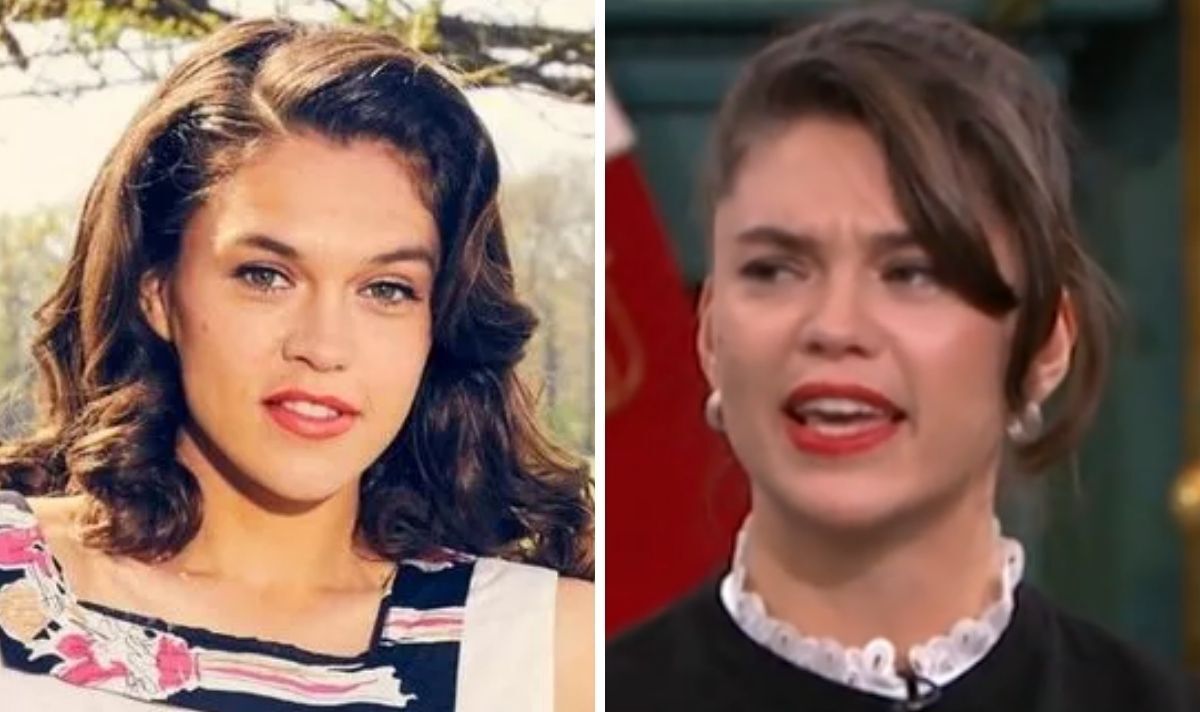 Earlier this year, it was reported that Sabrina had quit The Larkins due to a disagreement on set. However, at the time, the actress’s publicist said the reason for her departure was because of “schedule clashes”. Despite the claims, ITV has now revealed that actress Joelle Rae will be taking on the role of Mariette in the upcoming series.

The ITV series will be back later this year as it returns with its second series.

Show bosses have confirmed that filming for the programme is currently underway, and will shoot throughout the summer in the Kent countryside.

The six-part series is an adaptation of H.E. Bates’s series of novels concerning the Larkin family.

Bradley Walsh and his onscreen wife Joanna Scanlan will return as the iconic and much-loved Pop and Ma Larkin.

Joelle Rae will take on the role of Mariette Charlton for the new series and Tok Stephen will return as Cedric ‘Charley’ Charlton.

The new instalment will also see a new family called the Jerebohms arrive in the village, who are soon at war with the Larkins.

The mother, Pinkie, will be played by Morgana Robinson with Hector Bateman Harden playing her son Gilbert and Lucy Allix playing her daughter Blanche.

The casting of husband and father, Cuthbert, will be announced in the coming months.

Another new arrival in the village is Reverend Candy (played by Maxim Ays), who quickly catches the eye of Primrose Larkin (Lydia Page).

Speaking ahead of the series launch last year, Sabrina said she was excited for fans to see the show.

She began: “I never feel like I am equal. I always feel like, ‘Gosh, I can’t believe I’ve got the job, and I am working with these people,’ ­especially if they are big names.

“I’m very clumsy, I am quite goofy, and I find it really hard to express myself or sometimes to even get the words out.

“So I overcompensate. Sometimes it’s a bit of a panic.”

She added: “Especially when it’s with other people of such high calibre, and you want to impress them or just do a good job and be liked.”

“That gets a bit lost sometimes, I’m still working on it.

“I felt very at home with everybody, sort of like falling down the rabbit hole and having a family overnight.

“After such a hard year for everybody, I think even being on set at all was such a privilege.”

The Larkins will air on ITV later this year.