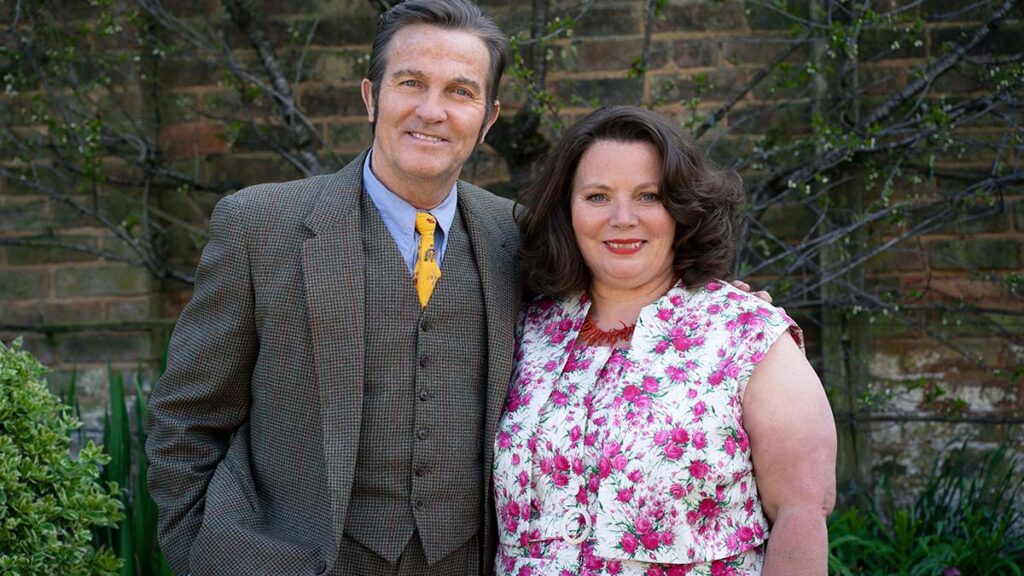 Comedy drama ‘The Larkins‘, a new take on H.E. Bates’ novels, will return to ITV for a second series later this year.

The 6 new episodes are being filmed in the Kent countryside and they have been written by Simon Nye (‘Finding Alice’), with the exception of episode three which was written by Abigail Wilson.

Bradley Walsh and Joanna Scanlan will return as Pop and Ma Larkin with Tok Stephen returning as Cedric ‘Charley’ Charlton. Joelle Rae will take over the role of Mariette Charlton for the new series.

The new series sees a new family, the Jerebohms, arrive in the village, who are soon at war with the Larkins.  The mother (Pinkie) will be played by Morgana Robinson with Hector Bateman Harden playing her son Gilbert and Lucy Allix playing her daughter Blanche. The casting of husband and father (Cuthbert) will be announced in due course

Another new arrival in the village is the handsome Reverend Candy, played by Maxim Ays, who immediately sets hearts a flutter, including Primrose Larkin’s. Could it be love?

‘The Larkins’ will be directed by Andy De Emmony (‘The Nest’) and produced by Serena Cullen (‘Buffering’).

Moon Knight episode 4 review: Like Tomb Raider, with a twist

‘House Of The Dragon’ showrunner addresses whether young Rhaenyra and…

Vera’s Brenda Blethyn sparks frenzy as she confirms filming has…