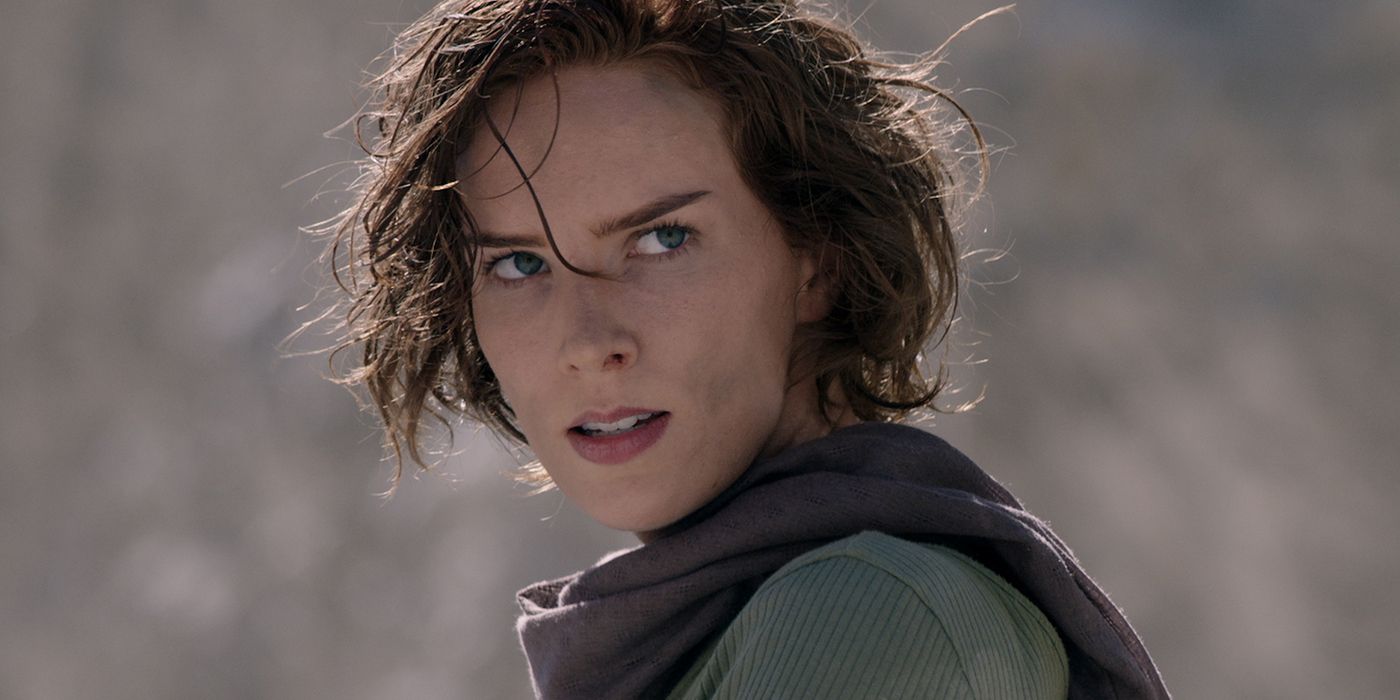 Just a day after the film was acquired by AMC Networks’ business unit RLJE Films and its genre streaming service Shudder and a month before its premiere at FrightFest, Collider is happy to reveal exclusive first-look images of the upcoming horror film The Lair by The Descent director Neil Marshall and starring Charlotte Kirk.

The new set of images shows off three of the lead characters that will appear in the upcoming film, including Kirk as Capt. Kate Sinclair, Mark Arends as Pvt. Dwayne Everett, and Hadi Khanjanpour as Kabir. The Lair follows Kirk’s character Kate Sinclair, a Royal Air Force pilot who is shot down in Afghanistan and takes refuge in an abandoned bunker, unknowingly releasing beings known as the Ravagers, half human, half alien man-made bioweapons. These images come one after the announcement that RLJE Films acquired the North American rights to the film from Highland Film Group, with Shudder picking up the rights for UK, Ireland, Australia and New Zealand. Marshall had this to say about his upcoming film:

I’m thrilled to be back in the world of full blooded action horror for the first time since ‘The Descent’ and ‘Dog Soldiers,’ and this film certainly holds some kinship with those two movies. Originally conceived as a small and contained indie film to shoot during lockdown, my ambitions for the movie grew into something much more action-packed and monster-fuelled, with a sci-fi twist. It’s packed full of cool characters, scares, laughs, and of course some grizzly death scenes. The main thing I want audiences to take from this movie is a great time. I don’t think they’ll be disappointed.

The first image of the set is a headshot of Kirk while there is another image of Kirk standing in pitch darkness, only illuminated by the luminescent green light from a glow stick. The other two images sees Arends’ Pvt. Everett in full military garb and weapon and comes face to face with one of the Ravagers, an expression of shock written across his face. The fourth image sees Khanjanpour being grabbed by one of the Ravagers. While the monsters of the film are technically shown in these images, they are mostly shown in shadows or with only their arm in the shot, thus teasing the creature while still keeping that all-too-important fear of the unknown mystery around the creatures.

In addition to Kirk, Arends, and Khanjanpour, the cast for The Lair includes Jonathan Howard, Jamie Bamber, Tanji Kibong, Leon Ockenden, Mark Strepan, Harry Taurasi, Alex Morgan, Adam Bond, Sarah Lambie, Kibong Tanji and Troy Alexander. In addition to starring in the film, Kirk also served as the co-writer on the film alongside Marshall with the pair also being the executive producers with Samantha Allwinton, Reinhard Besser, Phil Rymer, Joe Simpson, and Simon Williams. The producer on the project is Daniel-Konrad Cooper with Kwesi Dickson Jonathan Halperyn, and Daniel Kresmery serving as co-producers. The film is produced by Rather Good Films Ltd. Financing for the project comes from Ashland Hill Media Finance, Ingenious, and Trigger Films. Highland Film Group is handling international sales on the film.

The Lair is set to release in theaters and on digital and VOD on October 28, with Shudder set to bring the film to stream the film early next year. You can check out the first look images for the upcoming horror film as well as read its official synopsis down below:

When Royal Air Force pilot Lt. Kate Sinclair is shot down over Afghanistan, she finds refuge in an abandoned underground bunker where deadly man-made biological weapons – half human, half alien – are awakened.