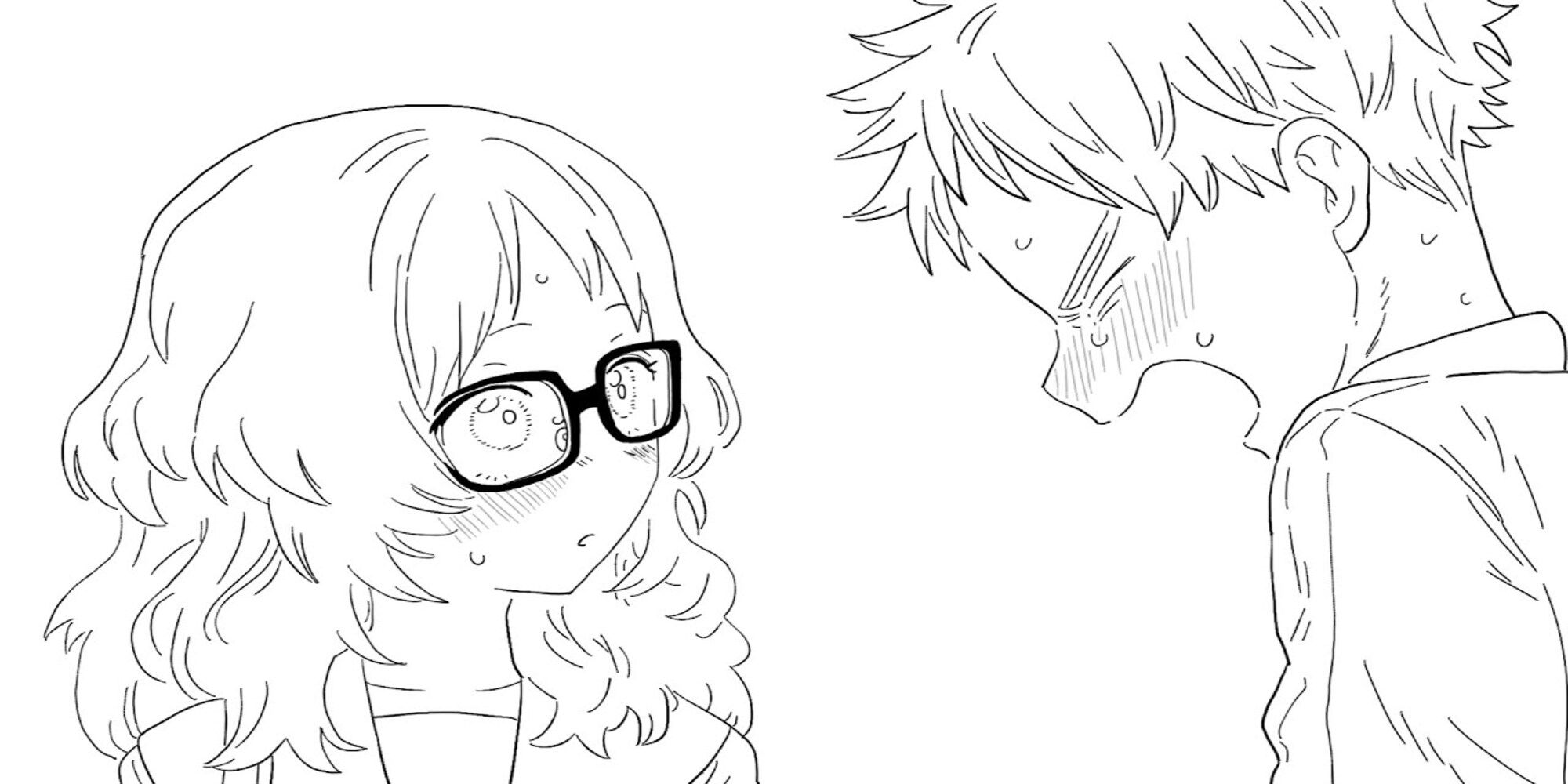 But what is the countdown for?

On Friday, Square Enix announced that Koume Fujichika’s The Girl I Like Forgot Her Glasses manga will be getting a TV anime adaption later this year. To celebrate the announcement, Koume also released an illustration on the anime’s official Twitter account.

In The Girl I Like Forgot Her Glasses, Komura starts a new school year with a new seatmate in homeroom, Mie. Poor Komura develops a massive crush on Mie, who is always forgetting her glasses. This is great for Komura, though, because he is more than willing to help Mie go throughout her day essentially blind.

The official Website for the anime has opened, but it’s very mysterious. The Website features a blurry image and a countdown. The countdown will end on January 31 at 6 PM JST (6 AM EST). Right now, it’s not known if the countdown is to the actual release of the show — probably not since no trailers have been released yet — or a countdown to more information. However, the blurry image isn’t so mysterious. The author’s comment on the Website gives the reason behind the blurry image: Mie forgot her glasses!

The manga was first launched in Square Enix’s Gangan Joker magazine in November 2018, and the 10th compiled book volume will be published on January 20. Additionally, Comikey has licensed the manga and is releasing it in English digitally. Comickey currently has 55 chapters of the manga available on its Website. However, only the first five chapters are free.​​​​​​​

Square Enix Manga & Books also released the manga in English. There, you can access a free preview, but you’ll have to purchase the available volumes, one and two. The two volumes are available for purchase either digitally or in paperback from a variety of sellers. One manga volume generally has between eight and 12 chapters per volume.

The announcement for the show has already stirred up a lot of discussion on the Internet with fans excited to see who the cast will be. No doubt more information will be coming soon. At least we know something is going to happen on January 31.

NEXT: Kaina Of The Great Snow Sea Manga Chapter One Available On Crunchyroll

Are You Happy with Your PS Plus Extra, Premium Games for January 2023?