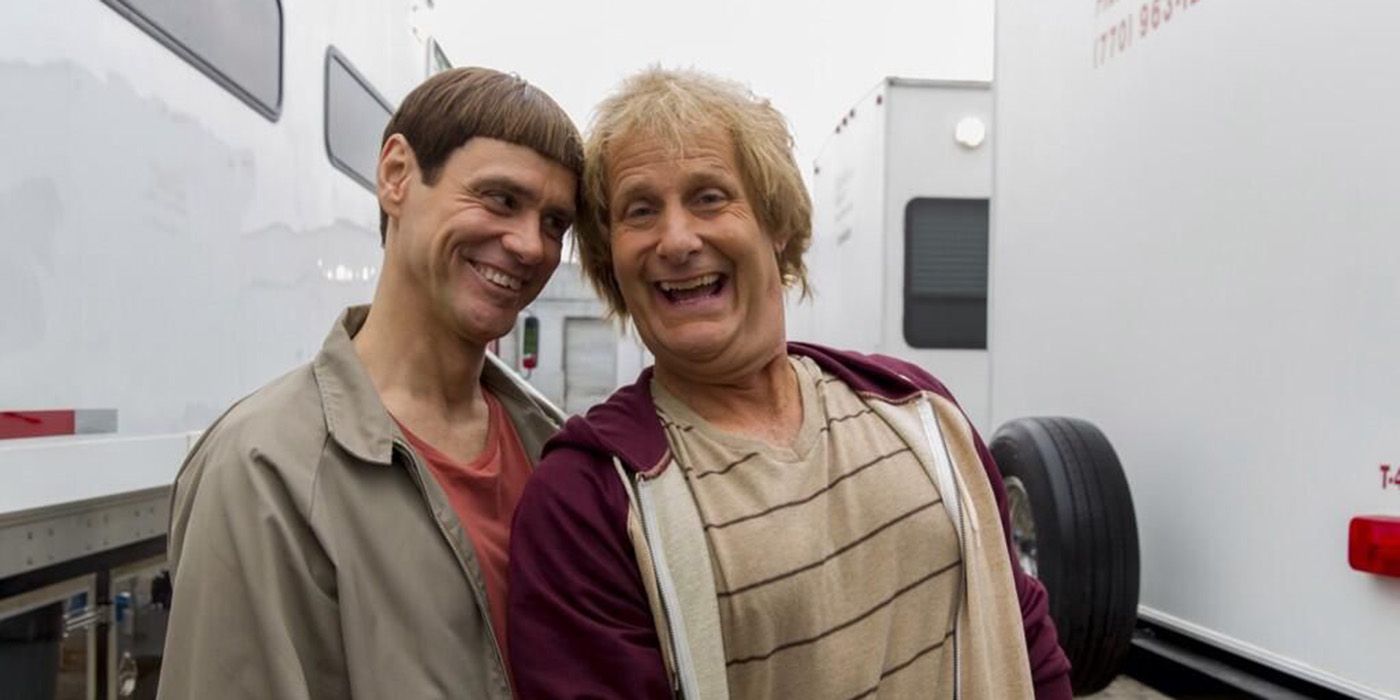 A horror movie centered around the creation of Dumb and Dumber To? Yep, Daniel Kwan is saying there was a chance. During a recent sit down with The Hollywood Reporter for their Writers Roundtable, Kwan, known alongside his frequent collaborator Daniel Scheinert as the Daniels, revealed that the directorial duo was once contacted by Dumb and Dumber franchise star Jim Carrey to shoot a comedic horror movie about the making of the 2014 sequel film.

According to Kwan, Carrey’s interest in “found footage” projects had been piqued when he watched 2007’s Paranormal Activity and was interested in making a piece that would follow the cast and crew of Dumb and Dumber To while they filmed portions at the Stanley Hotel in Colorado. For those whose horror radar is going off, yes, the Stanley is better known as the inspiration behind Stephen King’s novel-turned-film, The Shining. According to Carrey and others who were on the set of the buddy-comedy, bizarre happenings were a regular occurrence on the “haunted set.”

Kwan recalls Carrey telling him, “‘The whole time we were shooting, things were breaking, people were getting hurt, doors were swinging, and it felt haunted,’” leading the Liar Liar star to reach out to the team about his idea for a comedy-meets-found-footage-horror. In his initial pitch, Carrey explained to Kwan, “‘While we’re filming, you guys are going to make a feature-length, behind-the-scenes video that slowly becomes a horror film.’” Kwan remembers that the timing was “very early in [his and Scheinert’s] careers,” and that the filmmakers were very much on board.

RELATED: 10 Crazy Movies That More Than Live Up to Their Wild Titles

Quickly responding, Kwan recalls that he and Scheinert immediately got back to Carrey and said, “‘OK, we’re in. This is amazing,’” adding that they “wrote a whole outline and were really excited.” Unfortunately, the piece would never come to be as after meeting with a producer, the idea was quickly shot down and taken off the table. According to Kwan, the producer explained that there was “‘no way the studio’” would allow the Daniels to film a separate movie while cameras were rolling on Dumb and Dumber To. Accepting their fate, but rather deflated following the career-defining opportunity, Kwan says that the duo responded with an “‘OK,’” and went on their way.

Of course, this would only be the very beginning of the Daniels’ careers with the team creating one of the strangest and most talked about films of 2016, the Paul Dano and Daniel Radcliffe-led Swiss Army Man. This year, the pair was back to take audiences on a multidimensional journey in the critically acclaimed, Everything Everywhere All at Once. The Michelle Yeoh-led sci-fi comedy was an immediate fan favorite and would take home the title of A24’s highest-grossing film of all time.

Since the time of Dumb and Dumber To, we’ve had films like Eugene Kotlyarenko’s Spree take a satirical horror tone, but we’re still wishing with all our hearts that the Daniels would’ve been able to put a comedy spin on a found-footage horror. Check out a Collider interview with the Daniels about their time creating Everything Everywhere All at Once below.