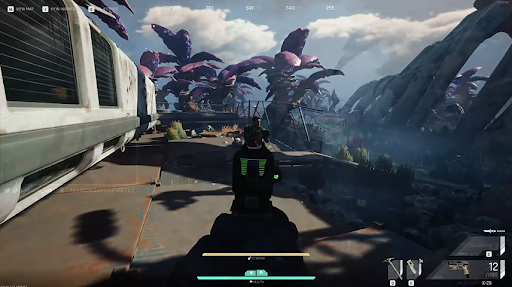 The world of Fortuna III is no place for innocent noobs like you, except you can cope with its unforgiving nature. You might dive into a new game and decide to figure things out on your own. But what’s the essence of all the avoidable stress when you can learn from those who have threaded that path before you?

So, we’ll share some battle-tested tips to help you play The Cycle: Frontier. The article is meant mainly for beginners but should also help intermediate players on The Cycle. You can also get some of Battlelog’s undetected Cycle Frontier hacks to help you cope better.

Tips and tricks for new players on The Cycle: Frontier

Your stamina level is a very important thing you must always pay attention to. More importantly, some actions sap more of your stamina than others. For example, jumping takes about 15 percent of stamina. In that case, you should be cautious about which actions you do and how often you do them. You reduce the chances of dying mid-combat simply because your stamina was too low.

When you’re just starting the game, you’ll have access to some money. The trick is that you won’t need all of that cash at first. Many new players make the mistake of buying fancy stuff for their character, including clothing and weapons.

You’ll make many mistakes when you shop as a newbie on The cycle. This is because you might buy things you do not need for yourself. Go for the simplest weapons that are less expensive. If an opponent guns you down, you might lose all of that precious stuff.

Combat encounters are common to find in the game. However, you must note that you don’t always have a guarantee of winning every enemy you go up against. Sometimes, your weapon may not cover the distance between you and your opponent. Also, you may find yourself in a situation where you’re outnumbered and can be easily overpowered.

At other times, it could be you have a lot of valuables on you. If you can’t escape, there’s another way out-negotiate. Open your dial and start with “hello.” Then you can proceed from there to buy your way out. If the odds are not in your favor, throw a smoke grenade and run.

As a beginner, you’ll suffer severe damage. This shouldn’t be seen as a death sentence as you always have a remedy available. A Weak Stem or a Medical kit will help you to survive longer in the game.

However, you must note that a medical kit and a Weak Stem both heal but have different durations for which they last. Medical kits last longer and should be used in more extreme situations.

Most times, players go for loot only to get killed and regret going after that loot in the first place. Most times, the loot isn’t the issue; it’s usually how they go about the looting that matters. Whether unfriendly mobs chase you or not, you must be fast while looting.

We understand you’re new to the game, so here’s a trick: When you’re trying to loot an item fast, simply hover above the item and right-click on your mouse. This will automatically make the item go inside your backpack while you continue running.

Many beginners on The Cycle: Frontier make the mistake of totally ignoring their knives. Knives in the game deal a substantial amount of damage to enemies. A key advantage of this melee hit is that it is quiet and doesn’t draw much attention. In addition, knives in the game are lighter and allow you to run faster even when you’ve drawn them.

Even as a beginner, you don’t need a big compilation of texts to play The Cycle: Frontier. You just need to pay attention to details and follow closely, using the tips above as your guide. Your stamina level is like your life; pay attention to it, and never run out of medical supplies.

You’ll need to loot, but make it as fast as possible; you don’t know what’s coming. Also, when you’re outnumbered, negotiate. If the odds aren’t in your favor, run! Lastly, we know you want to buy those big guns, save the money for later and discover what wonders your little knife can do for you.

Best movies of all time