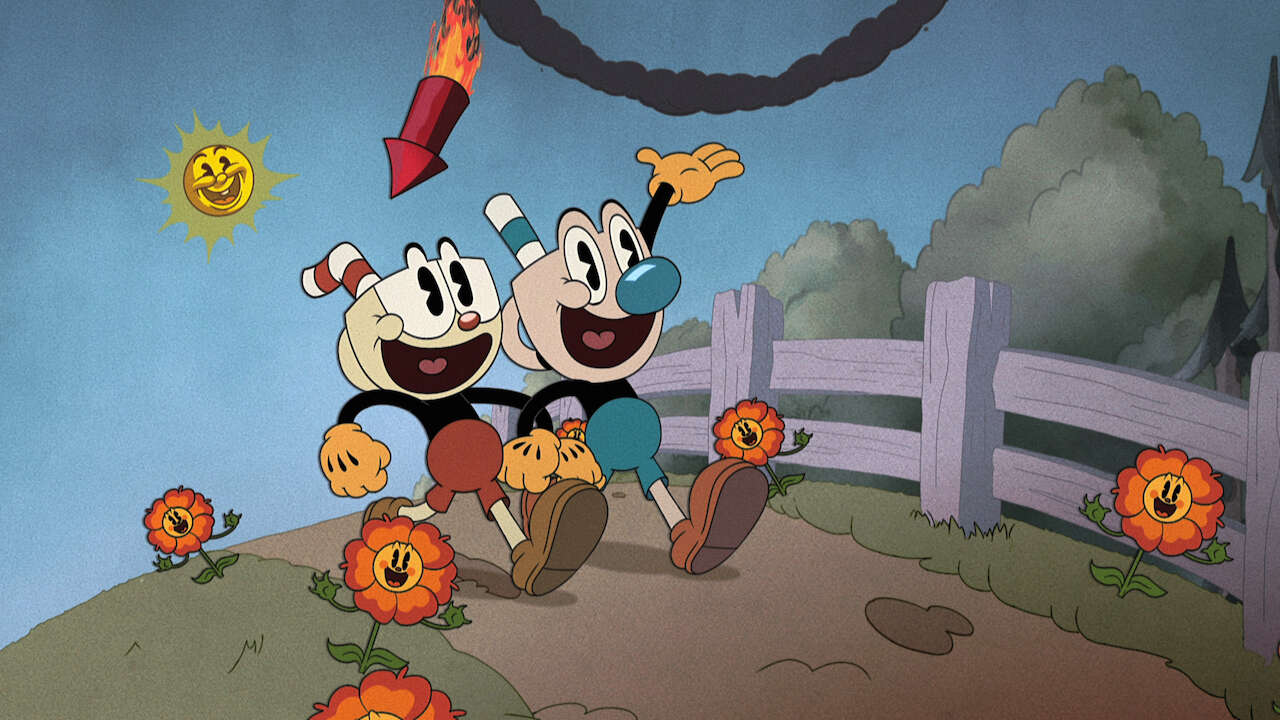 There’s never been a video game as tailor-made for an adaptation as Cuphead. After all, the 2017 run-and-gun boss rush game was designed to resemble 1930s cartoons, from its color palette and characters to its animations and sounds. Netflix’s new Cuphead cartoon turns that aesthetic inspiration into reality. The Cuphead Show is a charming ode to classic cartoons that can stand on its own while also featuring plenty of nods to its source material.

The Cuphead Show is comprised of 12 episodes, each of which comes in at around 12 minutes. Though the truncated runtime may seem odd in today’s animated TV show landscape, it is accurate to the era and style the show emulates. Even though that means less Cuphead than some might’ve expected, the choice winds up working quite well. Each episode is devoid of filler and constantly raises the stakes. And, more importantly, all of the episodes feel like they fully explore the story at hand. Essentially, it doesn’t seem like you’re only getting bite-sized adventures.

The Cuphead Show follows the adventures of the titular character and his brother Mugman. Raised by a loving but crotchety old fella named Elder Kettle, Cuphead and Mugman are always stirring up trouble in the pursuit of fun. The Cuphead Show does a wonderful job of gradually snowballing a small problem or desire into a whole mess. In one episode, their search for ice cream almost ends up turning them into food. In another, their innocent playtime with an old tire nearly leads to Cuphead losing his soul.

Like many buddy comedies, the brothers have clashing personalities which often help escalate their problems. Cuphead (Tru Valentino) is boisterous and impatient, while Mugman (Frank Todaro) is more discerning and apprehensive. The voice acting for the two brothers surprised me at first. Cuphead and Mugman are supposed to be kids, but at times I thought they sounded like a couple of grown men in a Martin Scorcese film. But their rapport, the way Valentino and Todaro bounce off of each other, leads to humorous and heartfelt moments. Even though the brothers argue a fair bit, the central theme running through the show is the power of brotherhood. They have a lot of love for each other, and that shines through as each adventure wraps up.

While each episode is largely self-contained, the central thread of the game does run throughout the arc: The Devil wanting Cuphead’s soul, and King Dice looking to help his fiery pal. Wayne Brady’s portrayal of King Dice as a charismatic yet sleazy game show host feels spot on. Meanwhile, Luke Millington-Drake’s The Devil helps create some of the funniest and most surprising exchanges across the entire season, such as Cuphead and Mugman scolding the Devil for possibly waking Elder Kettle up from his nap.

The pair of big baddies aren’t the only bosses from the game that have impactful appearances. The brothers aren’t outright battling the bosses like they do in the game, but memorable foes are cleverly used as obstacles toward Cuphead’s and Mugman’s task at hand. For instance, their pursuit of ice cream leads them to a river boat operated by the boxing frogs Ribby and Croaks. When the brothers are tasked with taking care of Elder Kettle’s prized garden, they are confronted by the Root Pack, a trio of talking vegetables. Some memorable bosses from the game are absent, but hopefully there are plans to feature them in a potential second season (Netflix hasn’t renewed the show yet).

While I don’t think you have to be a fan of Cuphead to enjoy the show, those who have played the game will appreciate the faithfulness and myriad of callbacks. What’s especially cool about the appearances of characters from the show is how some of their animations and mannerisms were present in the game. The game didn’t give the foes backstories and desires, but their appearances and animations told a story–this is a fleshed out version of that story.

As a massive fan of the game, I got a kick out of seeing some of the fleeting moments that nod to the game. Minor characters and sentient objects from the game are scattered all throughout the show. Sometimes they are only on screen for a few seconds. I often found myself rewinding and then pausing to take in and note the finer details of scenes. In turn, the show made me appreciate the game even more because it’s easy to tell that Studio MDHR had actually built something that could very well be a real cartoon.

Perhaps most importantly, The Cuphead Show has that hard-to-manage quality of being both innocent enough for young kids while having enough depth to appeal to adults. There’s a ton of stylistically appropriate slapstick humor here in addition to comedy with subtext.

The Cuphead Show pays homage to both classic cartoons and the beloved 2017 game. The short and sweet episodes are loaded with laughs and heartwarming moments. The animation is superb, and the voice actors bring rich personalities to characters who were previously voiceless. The show stands on its own while also being filled with fun nods to the game–without ever feeling like unnecessary fan service.

A brawl is surely brewing. The Cuphead Show lands on Netflix on February 18.