The Creepshow Franchise Is Getting a Video Game Adaptation 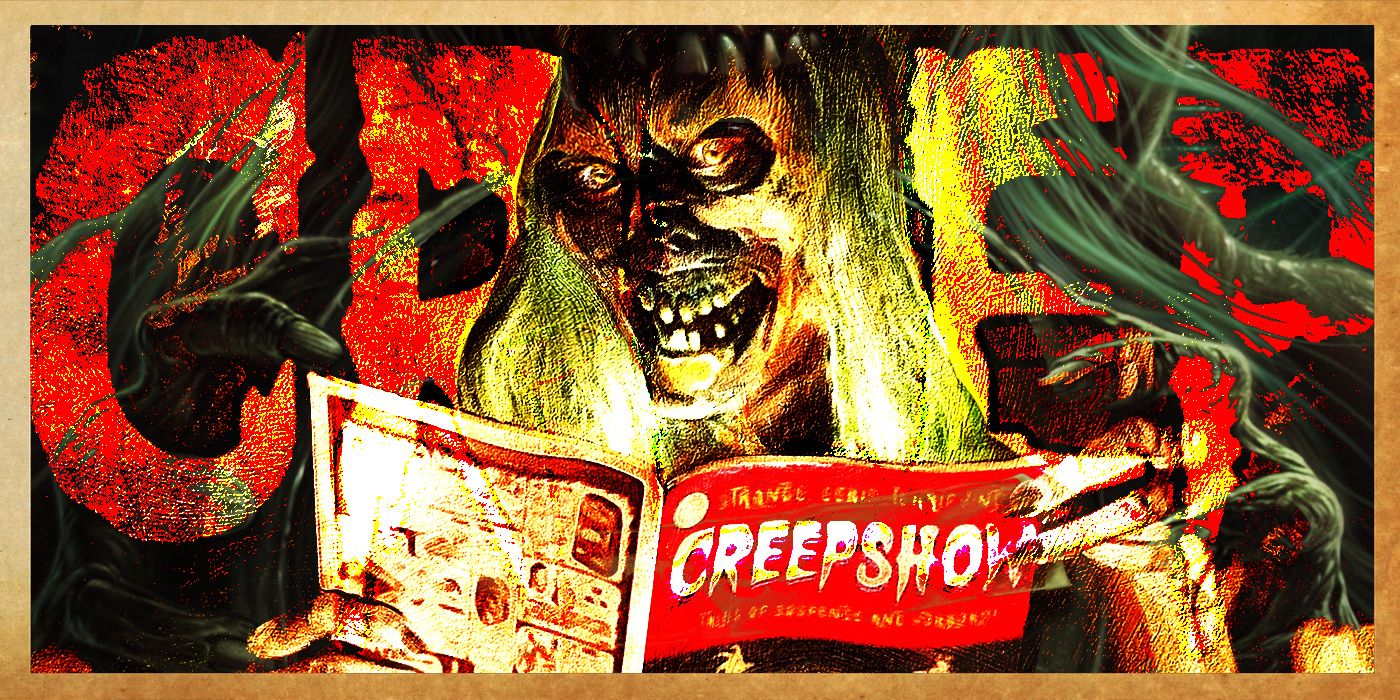 Creepshow has always promised that “it’s the most fun you’ll ever have being scared,” whether you’re watching either of the movies or the delightfully campy and creepy anthology series on Shudder. Now, people will have another way to experience the chills and thrills of Creepshow in a video game adaptation of the series, as announced by Variety.

The video game, which will be presented in an episodic format much like the series, will feature different playable stories designed by different video game developers, in an attempt to give the game the same kind of tone as the series. AMC Networks is partnering with game studio DreadXP and Darkstone Digital developer Brian Clarke — Clarke is a developer at DarkStone Digital, creator of the video game The Mortuary Assistant (which is receiving a movie adaptation), and the creative director of the Creepshow video game. Clarke is honored to be a part of the project, as he has “always loved Creepshow’s format, and the idea of driving the cohesion of multiple perspectives on horror is really compelling” to him.

DreadXP’s producer Ted Hentschke is proud to be collaborating again with Clarke, and says that his “expertise in crafting lore-rich narratives and clever scares makes him the perfect creative director for the project.”

Creepshow started off with a series of stories written by horror author Stephen King, as an homage to the EC Comics’ style of comics such as Tales From The Crypt. Creepshow was made into a movie in 1982, directed by George A. Romero, and received a sequel, Creepshow 2, in 1987. The Creepshow series premiered on the streaming service Shudder in 2019 and has a total of three seasons so far, with it also being renewed for a fourth. The series is a continuation of the 1982 film, with the ghoulish character known as The Creep being the host and introducing “very scary stories” that are “pulled from the pages” of the Creepshow comic book. The stories evoke the same comic book feel as the 1982 movie, and people sometimes even see “advertisements” for campy horror products as The Creep turns the pages.

There is no official release date for the Creepshow video game, but it looks to come out in 2024, and the full list of developers that will work on the different aspects of the game will come out at a later date. If you are itching to watch the series, all three seasons are available on Shudder.

10 Essential Mods For WoW Wrath Of The Lich King Classic