The CIA’s Undercover Girl in Magazine Enterprise’s Manhunt, at Auction 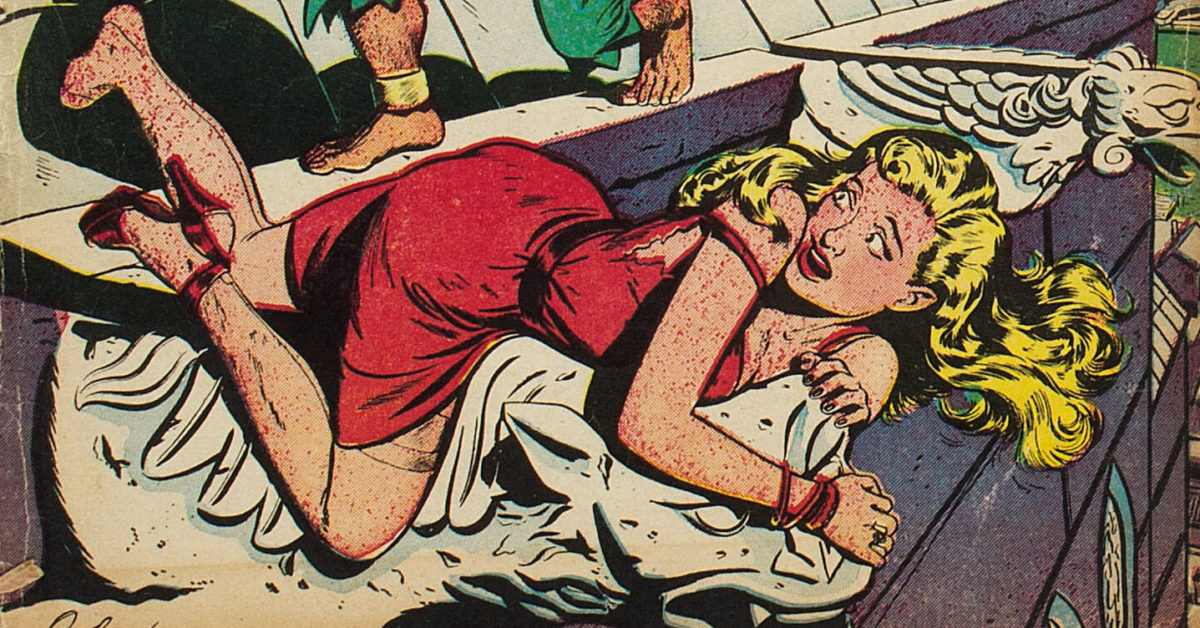 Artist Ogden Whitney was likely working on the creation of the character Undercover Girl for Magazine Enterprize’s Manhunt sometime during the summer of 1947.  That’s around the same time that former Office of Strategic Services officer Elizabeth McIntosh announced her book Undercover Girl about her exploits working around the world for the OSS.  McIntosh had been a newspaper reporter at the Honolulu Star-Bulletin and later as a war correspondent for the Newspaper Enterprise Association syndicate.  The book garnered significant publicity through the final months of 1947, just as the Manhunt series was ramping up, with Undercover Girl aka Starr Flagg initially posing undercover as a foreign correspondent for a newspaper.  An espionage feature that got underway at the dawn of the Cold War era, there are several issues of Magazine Enterprise’s Manhunt featuring Undercover Girl up for auction in the 2022 July 3-4 Sunday & Monday Comic Books Select Auction #122227 from Heritage Auctions.

The Undercover Girl feature in Manhunt is a fascinating reflection of its particular moment in time.  The successor agency to the OSS and the short-lived National Intelligence Authority / Central Intelligence Group, the Central Intelligence Agency was created on September 18, 1947 when the National Security Act of 1947 became law.  References to Undercover Girl working for “Central Intelligence” began periodically with Manhunt #2, cover-dated November 1947 and with an on-sale date of September 30, which means that this real-world turn of events was seemingly reflected in the comic book virtually immediately.  The feature had a distinct focus on adventures all over the world revolving around safeguarding the secrets of the atomic bomb and similar matters.

Manhunt lasted for 13 issues, and then Undercover Girl appeared in two issues of the brief Trail Colt series, ending in late 1949.  The Manhunt series also featured work by L.B. Cole and Fred Guardineer.  A fascinating reflection of its moment in history at the very beginnings of the Cold War era, there are several issues of Magazine Enterprise’s Manhunt up for auction in the 2022 July 3-4 Sunday & Monday Comic Books Select Auction #122227 from Heritage Auctions.

Who Is the Voice Actor of Shikanoin Heizou in Genshin Impact 2.8? Answered

Ubisoft to turn off online features for some old games, meaning players lose access to DLC

The Rescuer Becomes The Rescued