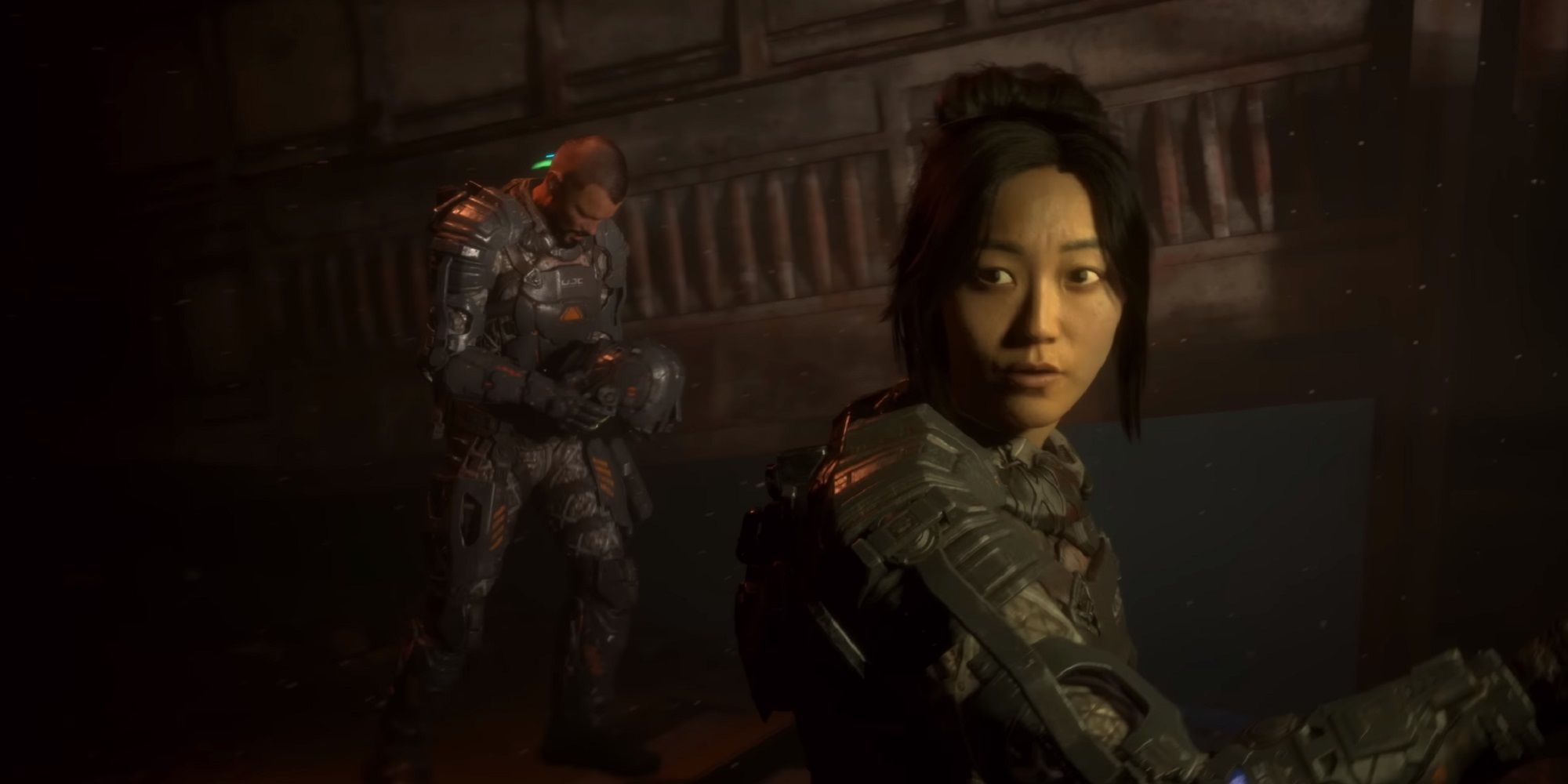 The Callisto Protocol is the highly anticipated survival-horror title that’s being led by Dead Space creator Glen Schofield, and it was recently revealed that he and his team leveraged a PlayStation-owned studio in order to make the game’s cutscenes. The studio in question is PlayStation Visual Arts. Though perhaps not the most recognizable name in the PlayStation family, its importance cannot be understated. It is a motion capture studio where cutscenes for the brand’s biggest titles, like The Last of Us, Uncharted, and God of War, get filmed.

RELATED: The Callisto Protocol Cancelled In Japan Due To Ratings Conflict

But besides just being a filming location, the team there does key support work in animation and art, and it is often credited as a key factor in why PlayStation’s cutscenes are so high-quality. A Twitter user by the name of @Zuby_Tech uploaded a picture of what looks to be Karen Fukuhara with mocap gear on. Fukuhara, mostly known for her role in Amazon’s series The Boys, is set to play a character called Dani Nakamura in the upcoming Callisto Protocol.

Michael Mumbauer replied to this tweet confirming this to be the case and claiming that Schofield’s team at Striking Distance Studios didn’t simply use the mocap studio, but that PlayStation’s Visual Arts team “contributed quite a lot to cinematics and more.” Mumbauer would know, since he was Visual Arts’ Senior Director for thirteen years, leaving the team in November 2020.

This doesn’t imply any sort of deeper connection between the entities, as it isn’t the first time that PlayStation Visual Arts has been outsourced to a work on a third-party title’s cutscenes. 2021’s Resident Evil Village, which was developed and published by Capcom, mentions the Visual Arts team in its credits, listing numerous motion capture technicians and coordinators. Furthermore, Striking Distance Studios is already owned by Korean publisher Krafton.

First-party PlayStation games are often praised for the impressively believable character models and animations in their cutscenes, so it’s a sensible move for Striking Distance to want to collaborate with them. So far, the visuals that have been showcased in the game’s trailers look to have a lot of polish. Luckily, the potential high-end visuals won’t have any detrimental effect on performance, as the Callisto Protocol team has confirmed that the game will have a 60 FPS performance mode.

The Callisto Protocol will release on December 2, for PlayStation 4, PlayStation 5, Xbox One, Xbox Series X|S, and PC

Kristen Stewart to Make Directorial Debut With The Chronology of Water