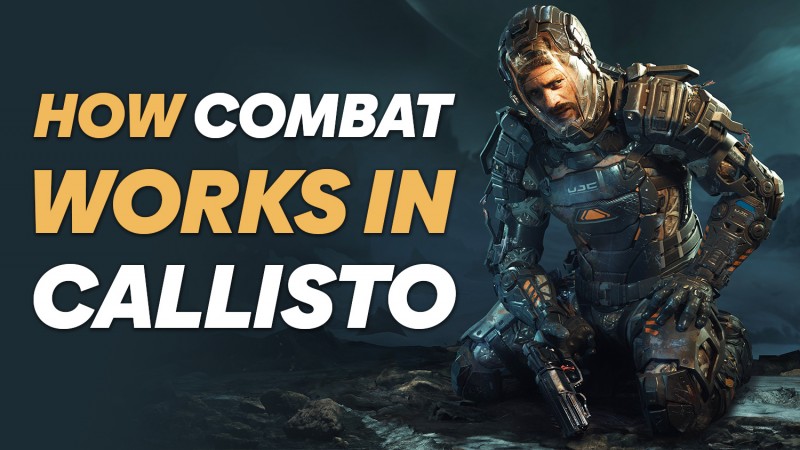 The Callisto Protocol captured the attention of horror fans worldwide with its terrifying world and oppressive sense of horror, but how does it feel to play it? In this exclusive Game Informer interview, Ben Walker, design director at Striking Distance Studios, breaks down how combat, dodging, and the bounty of gameplay systems work.

Join Alex Stadnik and Marcus Stewart as they grill Ben on all things Callisto gameplay. The trio kicks off the conversation by dissecting the basics of combat. In Callisto, players balance melee and ranged encounters to keep protagonist Jacob alive as he fights through Saturn’s dead moon. At your side is your trusty shiv, a shock baton, and a wide swath of weapons to fend off the Biophage and figure out what’s happening on the moon.

While that may seem like a pretty standard setup, the key is how players balance their approach to enemy encounters. Callisto is not a game that will overpower players. Jacob has limited ammo and health and can’t go in guns blazing if he hopes to survive. Those who delve into the fray will also have to utilize the new dodging system Striking Distance emphasizes as a massive part of combat. Instead of a simple button press, you’ll have to use the left stick to dodge either left or right at the precise moment. Blocking works too, but it will always cost you a bit of health. Callisto has a lot going on moment to moment, but Striking Distance hopes this dance leads to a thrilling moment-to-moment experience.

If that’s not enough, we also discuss how the team utilizes the PlayStation 5 controller to up the immersion, upgrade trees, and much more.

If you want to learn more about The Callisto Protocol, be sure to head over to our exclusive cover hub below, where you’ll find our preview impressions, the GI cover reveal, and more looks at the game in the upcoming days. Thanks, as always, for watching.

The Last of Us: Part I’s Out of Stock PS5 Firefly Edition Fetching $450 on eBay