The Boys: Diabolical Review: Something For Everyone, If You Don’t Mind Blood And Poop 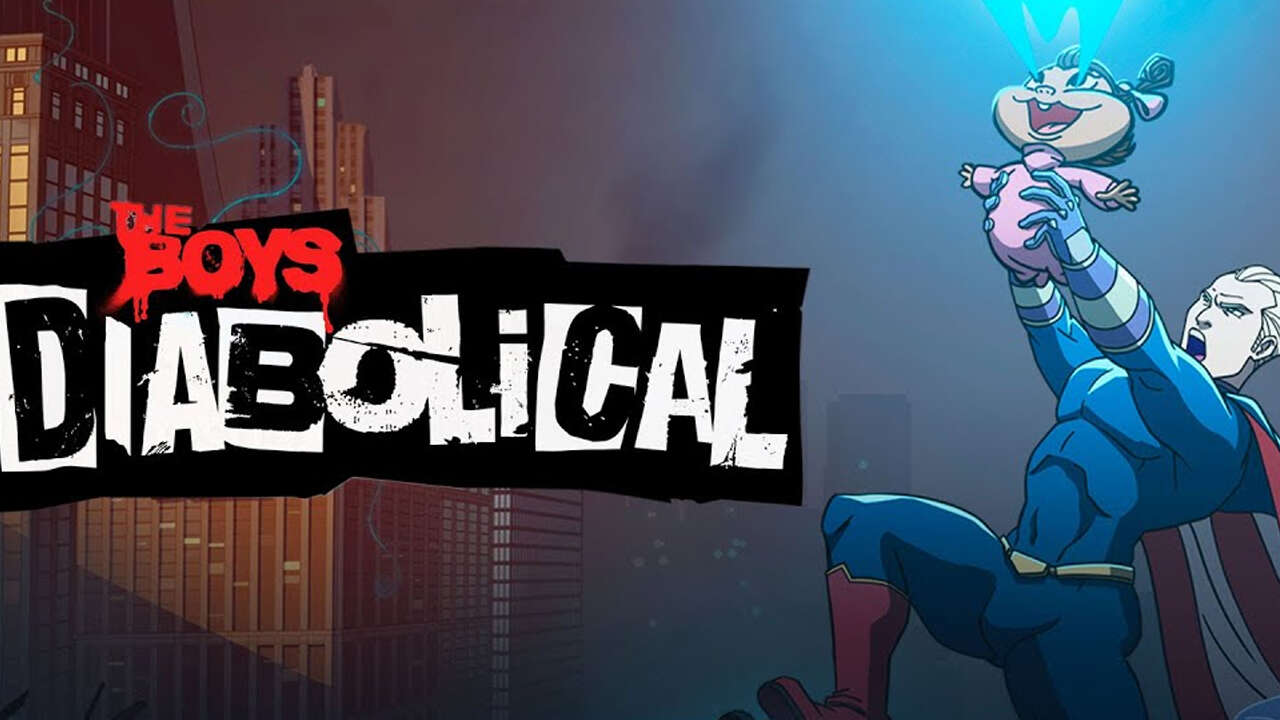 Amazon Prime Video’s hit series The Boys is about to unleash Season 3 onto the world. Before that happens, though, the show is expanding its universe with something just as out-there as The Boys itself, an anthology series titled Diabolical. Consisting of eight animated shorts with a length of roughly 12 minutes each, every episode has a distinct animation style and tone, coming from different creative teams; although most of the episodes lean more into comedy.

The Boys: Diabolical takes place within the world of Amazon Prime Video’s The Boys. As such, if you plan on diving into Diabolical, make sure you’ve watched both seasons of The Boys. The animated series has some serious spoilers for the tail end of Season 1 and parts of Season 2. What the show attempts to do is expand the world of The Boys, outside of its main cast, and it does so by introducing the world to other super-powered beings, new aspects of the evil corporation Vought International, and of course, more Homelander because why not? Much like The Boys, Diabolical is very violent.

One thing every episode has in common is a lot of blood–and occasional moments featuring poop. Take the level of violence and gore you’ve seen on The Boys and multiply it, by a lot. Even the first episode of Diabolical kicks things off with tons of death, and it’s an episode that pays homage to Merrie Melodies/Looney Tunes–primarily the silent shorts where the action and orchestral accompaniment drive the narrative. The episode is written by Seth Rogen and Evan Goldberg, and without getting too spoilery, it revolves around a scientist and a super-powered baby. Considering the title of the episode is “Laser Baby’s Day Out,” you probably have a good idea of the antics this episode gets into–assuming you’re also a die hard fan of the 1994 cinematic masterpiece and Joe Pantoliano vehicle Baby’s Day Out.

It’s 12 minutes of wildly entertaining storytelling with an animation style that feels straight out of the ’40s and ’50s. It is jarring, at times, to see the level of ultra-violence typical to The Boys in this classic animation style, but it still works extremely well–even more so if you’ve seen Amazon’s other wildly violent animated series, Invincible. This particular episode, though, has a greater sense of notalgia to it than any other installment, thanks to its ode to the Warner Bros. shorts of old.

However, the best episode of the season goes to Episode 7: “John and Sun-Hee,” written by Andy Samberg and directed by Steve In Chang Ahn. In it, an elderly man does everything within his power to cure his wife of cancer, which includes using superpowers. It’s raw, emotional, and a tear-jerker–something completely unexpected from this series. Tonally, it’s unlike anything else from The Boys. There are no jokes. There are no moments played for laughs. It’s gripping storytelling that asks the viewer, “How far are you willing to go for the person you love?” It’s the only episode I watched more than two times.

There are episodes not for everyone, like “BFFs.” Written and starring Awkwafina, the episode follows a girl who gets a superpower where her poop becomes her friend. That’s right, anthropomorphic feces. The episode has such a fun anime animation style, but the story falls flat.

Some of the issues with this show, as a whole, is the fact that it goes over-the-top just to go over-the-top. “BFFs” might not be the best example of this, but it’s a whole episode that borders on it. There are moments where Diabolical “goes there,” in a way where the show feels like it’s just trying to be edgy for no other reason than to do it. However, considering the source material, it feels a bit closer to The Boys comic. The name of the game is adult animation, but at times, you desperately want to tell Diabolical to calm it down a bit.

The series as a whole works exceptionally well, especially considering each episode is 12 minutes long. It feels like the perfect amount of time to tell these stories. These aren’t huge, world-changing episodes, and the stories are relatively simple, so they don’t need to occupy the same amount of space as an episode of The Boys. 12 minutes is the perfect, bite-sized length to tell a few jokes–in most cases–show some people getting blown up, and to roll the credits. It’s exactly what you want and expect from The Boys, without having to follow a season-long plot.

The Boys: Diabolical isn’t for everyone, but it is for everyone that loves The Boys. It’s expanding on the world without making this series a must-watch. It’s offering up something completely different from what the main series offers as well. Yes, sometimes it is annoyingly over-the-top, and there are a couple of episodes that are misses. But Diabolical is fun, and there are episodes you’ll want to watch numerous times, and episodes that are touching and emotional, making for a surprisingly enjoyable outing.

93% of Domestic Audience Choose 3D for Their…