The Black Phone Gets Blu-ray and DVD Release Date 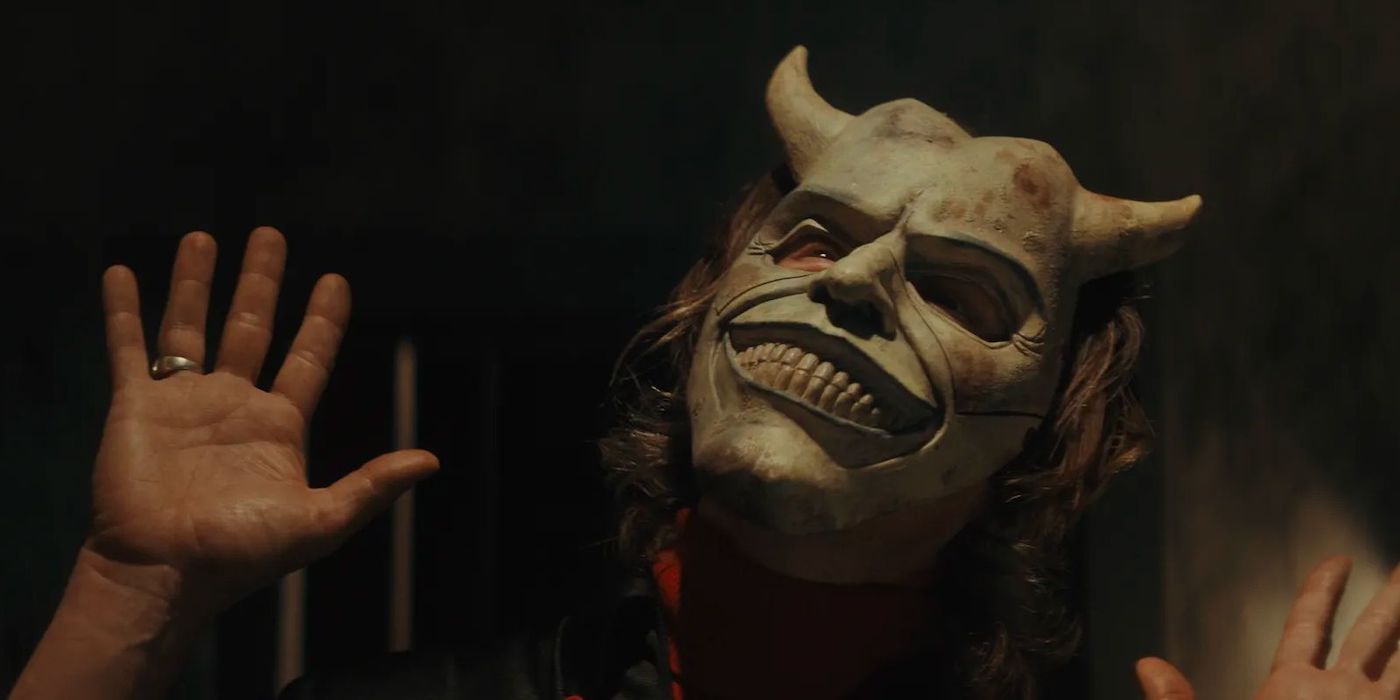 Blumhouse’s The Black Phone is set for a Blu-ray and digital release this month. The movie starring Ethan Hawke and young actor Mason Thames is a supernatural horror tale from director Scott Derrickson, based on the short story of the same name by author Joe Hill. The movie garnered $143 million at the box office and good reviews on its release and is currently certified fresh on Rotten Tomatoes with a score of 83%.

The Black Phone follows a shy but clever 13-year-old boy, Finney, who is abducted by a sadistic killer and trapped in a soundproof basement. He discovers a disconnected phone on the wall that begins to ring. On the other side are the voices of the killer’s previous victims, and they are hellbent on making sure that Finney’s fate doesn’t mirror their own. The Blu-ray and digital release come with exclusive bonus content which includes deleted scenes, behind-the-scenes featurettes with the cast and crew, Derrickson’s short film ShadowProwler and a feature commentary from Derrickson as well.

The featurettes include Ethan Hawke’s Evil Turn, a deep dive into the character of The Grabber and how Hawke was able to transform into this unnerving villain after his aversion to negative roles for many years. It also includes a behind-the-scenes look into the most pivotal elements of The Black Phone’s making, including adapting the story and achieving the vision of the director. The production design is further explored in Devil in the Design featurette, which explores the set design, costumes, to hair, and makeup.

RELATED: ‘The Black Phone’ and 9 Other Great Horror Movies from Blumhouse Productions

Along with Hawke as The Grabber and Thames as Finney, the movie also stars Jeremy Davies, James Ransone, and Madeleine McGraw. The script is written by Derrickson and his long-time collaborator C. Robert Cargill.

The Black Phone is available to own with captivating extras on Digital on August 12 and on Blu-ray and DVD on August 16. Check out the full list of bonus features, a synopsis of the film, and our interview with Derrickson below:

Finney Shaw, a shy but clever 13-year-old boy, is abducted by a sadistic killer and trapped in a soundproof basement where screaming is of little use. When a disconnected phone on the wall begins to ring, Finney discovers that he can hear the voices of the killer’s previous victims. And they are dead set on making sure that what happened to them doesn’t happen to Finney. Starring four-time Oscar® nominee Ethan Hawke in the most terrifying role of his career and introducing Mason Thames in his first ever film role, The Black Phone is produced, directed, and co-written by Scott Derrickson, the writer-director of Sinister, The Exorcism of Emily Rose and Marvel’s Doctor Strange.