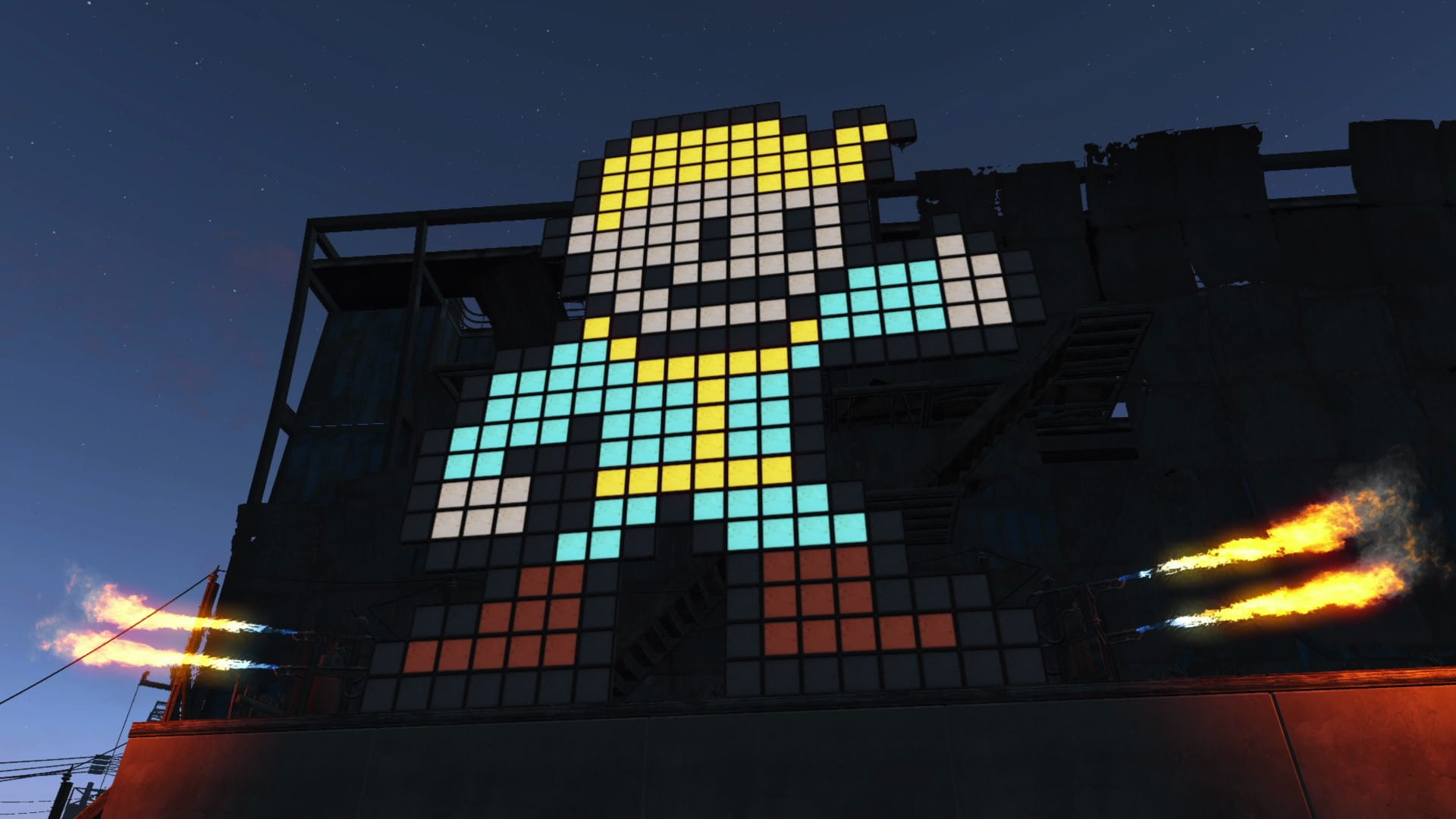 As janky as they may be, Bethesda’s games manage to maintain a strong following throughout the years because of the legion of modders who leap at the opportunity to leave their mark on the game. Skyrim is a near perfect example of how mods can extend a game’s lifespan long after release in spite of the fact that its gameplay mechanics are beyond outdated at this point. The same can be said about Fallout 4, so we’ve gathered the best Fallout 4 mods out there.

Fallout 4 may not be as old as Skyrim, but its reception at launch was definitely more mixed. Now that it has been seven years since Fallout 4 came out, modders have done incredible things with the tools that they were given yet again. The right set of mods can turn the decidedly above-average ARPG into a beautiful modern game that might even be able to satisfy your Bethesda cravings until Starfield finally releases. Of course, with almost 50,000 mods on Nexus alone, now the question is, “What are the best Fallout 4 mods to choose from?”

How to Mod Fallout 4

Before you do anything, it should be noted that there are a couple of things that will make your Fallout 4 modding life a lot easier. The first is Fallout 4 Script Extender, a near-mandatory install that allows more complex mods to run. The second is a mod manager, such as Mod Organizer 2 or Vortex. These two mod managers are practically identical for about 90% of your modding needs, so there’s no bad choice.

It should also be pointed out that with so many mods to choose from, the best Fallout 4 mods may end up being what you personally prefer as that is part of the beauty of modding.

Strictly speaking, there’s a lot of lore friendly weapon mods for Fallout 4 seeing as how virtually any Cold War-era firearm can be considered lore friendly. However, you may want to start off with the mods listed below, as these are all weapons that have appeared directly in previous Bethesda-era Fallout games. The HK G3- Battle Rifle by Subleader100 and the HK G3 Family by Utherien for example basically adds the assault rifle from Fallout 3 into Fallout 4. Similarly, SREP Redux by Nadie2283 and the Service Rifle by DeadPool2099 take the AR-15/M16 rifles wielded by NCR troopers in Fallout: New Vegas and re-introduces them into the Commonwealth.

That’s not all though. All of the mods listed above feature extensive weapon customization options, custom sound effects, and custom first-person and third-person animations. Sadly, power armor appears to break most (if not all) custom third person reload animations, but that’s a small price to pay when the alternative is to use the implausibly bulky vanilla assault rifle.

Sometimes, the best Fallout 4 mods are also the simplest. See Through Scopes by henkspamadres does exactly what it says by making it so that when you zoom in with a scope, the black overlay on the edge of the scope is removed. Not exactly the most game-changing mod out there, yet it’s a critical mod if you want to make Fallout 4 play like a modern FPS. The fact that See Through Scopes has been regularly updated since 2016 and is highly compatible with a lot of other weapon mods makes it one of the best Fallout 4 mods available.

The second component of Sim Settlements 2 is the two-part story mod. Comparable in length to Fallout 4’s Automatron DLC, the quest portion of Sim Settlements 2 features surprisingly decent voice acting and is integrated fairly well into the vanilla storyline. The mod’s questline and characters might be a little hit and miss in the beginning, but that can easily be excused by the fact that the first few quests are intended to introduce you to the automated settlement mechanics more than anything else.

However, it should be noted that Sim Settlements 2’s automated settlement construction is very script heavy. Simply put, it is generally recommended to only build up the settlements at the corners of the map with no more than perhaps a dozen of these automated plots. Too many automated plots in one load area will basically cause all settlers to just stand there and not do anything as the game has a limit to how many scripts it can process at once, eventually leading to CTDs if you push the engine too far. While not the fault of the mod authors per se, this is something that should be kept in mind at all times regardless of if you use Sim Settlements 2.

If you need to test your mods or your mod load order, Start Me Up- Alternate Start and Dialogue Overhaul by TinyManticore is the best Fallout 4 mod of all time. You can skip the intro sequence and load into the main game within minutes of creating your character, saving you a lot of time when it comes to identifying any potential problems that come with using hundreds of mods. Of course, this is not the main purpose of the mod.

Indeed, Start Me Up is intended as a roleplaying mod where you have a few different starting scenarios to choose from. You can simply be another Vault dweller with no ties to Shaun, a doctor, a greaser, or any number of other Commonwealth inhabitants. Start Me Up will then make a few clever edits to the voiced dialogue so that Shaun is never implied to be your son. It’s not 100% flawless, but it’s good enough for roleplaying purposes. For a more up-to-date version, you can try Start Me Up Redux by Dashboarderian as well.

Fallout 4’s vanilla dialogue system was far too simplistic for its intended purpose. Extended Dialogue Interface by registrator2000 and Neanka fixes that by displaying exactly what each dialogue choice says. You’ll never be surprised by how your character responds to NPCs if you can read what each possible response can be. It’s far better for role playing purposes too as this makes it easier to gauge your character’s emotions.

If you’re looking for even more control over the vanilla UI elements then the FallUI series by m8r98a4f2 is the best Fallout 4 mod for the job. If you use all of FallUI’s components together, you can have a HUD that can be as minimalistic or as detailed as you want with expanded weapon card info, better item sorting, and a whole bunch of other QOL features designed to relay as much useful information as possible without cluttering your menus.

The best Fallout 4 mod to make your playthrough a little more dangerous would almost certainly be SKK Combat Stalkers by SKK50. A cursory overview of the mod would reveal that it doesn’t add any new enemies to the game and it doesn’t touch NPC combat behaviors. Instead, Combat Stalkers periodically spawns vanilla enemies to fight you. This sounds dull, until you get to the part where you can fully customize exactly how many and how often enemies can attack you. The mod menu is a tad unwieldy as a result, yet it guarantees maximum compatibility with other mods.

If you aren’t familiar with ENBs from modding Skyrim, then the best way to describe ENBs is to imagine all of the effects that are needed to make modern movies look good. Fallout 4 naturally has these effects, but ENBs tend to kick them up a notch. The downside to using ENBs is that Fallout 4’s vanilla post effects are built with the lowest common denominator in mind (namely the PS4 and Xbox One) while ENBs are usually intended for mid to high-end modern PCs. Even with higher-end PCs, you will lose FPS, but the tradeoff is almost certainly worth it as ENBs can turn Fallout 4 into a game that looks like it was released for current-gen consoles.

Reactor- A Fallout 4 ENB by Sevenence is arguably the best Fallout 4 ENB if you can easily run vanilla Fallout 4 at a consistently high FPS, but there’s more than a few alternatives if you have a lower-end machine. It should also be noted that Reactor lists NAC X as a requirement, which is a weather mod that makes some rather extreme additions to the game. You can technically use Reactor without NAC X without any apparent problems, though your mileage may vary.

Another way to make Fallout 4 look better is to simply make the textures a higher resolution. SavrenX’s textures are a mix of 1-4K resolution textures for virtually everything in the game without too much of a performance hit (depending on your PC). While there’s an admittedly annoying amount of individual texture mods that you can download when it comes to SavrenX, you can also pick and choose to suit your needs.

Some of the best Fallout 4 mods let you customize the mod to fit your needs, and Equipment and Crafting Overhaul (ECO) by DankRafft does that in spades. At its most basic level, ECO makes the hunt for Legendary effects less random, but if you want to take full advantage of it you can make all sorts of tweaks to your gear anywhere you want. Don’t like having all these options clutter your menu? You can just remove them by clicking through a few settings.

If you’ve spent any significant amount of time in Fallout 4’s rendition of downtown Boston, then chances are that you’ve suffered a performance hit of some kind in the area. It’s just something that happens, seemingly regardless of if you have mods installed or not. The Previsibines Repair Pack (PRP) by BenRierimanu attempts to fix this issue and improve performance in the entire game, which is definitely an ambitious goal. To the mod author’s credit, the PRP more or less works as intended as far as can be told. Needless to say, it’s hard to accurately gauge how well performance mods work since performance is highly dependent on a lot of other factors, but anything that improves the downtown Boston area experience even marginally is most welcome.

With tens of thousands of mods for Fallout 4, this list shouldn’t be treated as the definitive list of what mods you must use. In fact, there’s dozens of different modlists out there that have their own mod recommendations. These are merely some of the best Fallout 4 mods available, and it will take weeks or months of experimenting to get the perfect modlist for you.

FIFA 23 wants us to get excited about grass, and other matchday experience updates

Spelunker II on Famicom is a very confused sequel – Destructoid

Which Nintendo Series Would Work Best As A Free-To-Play Game?