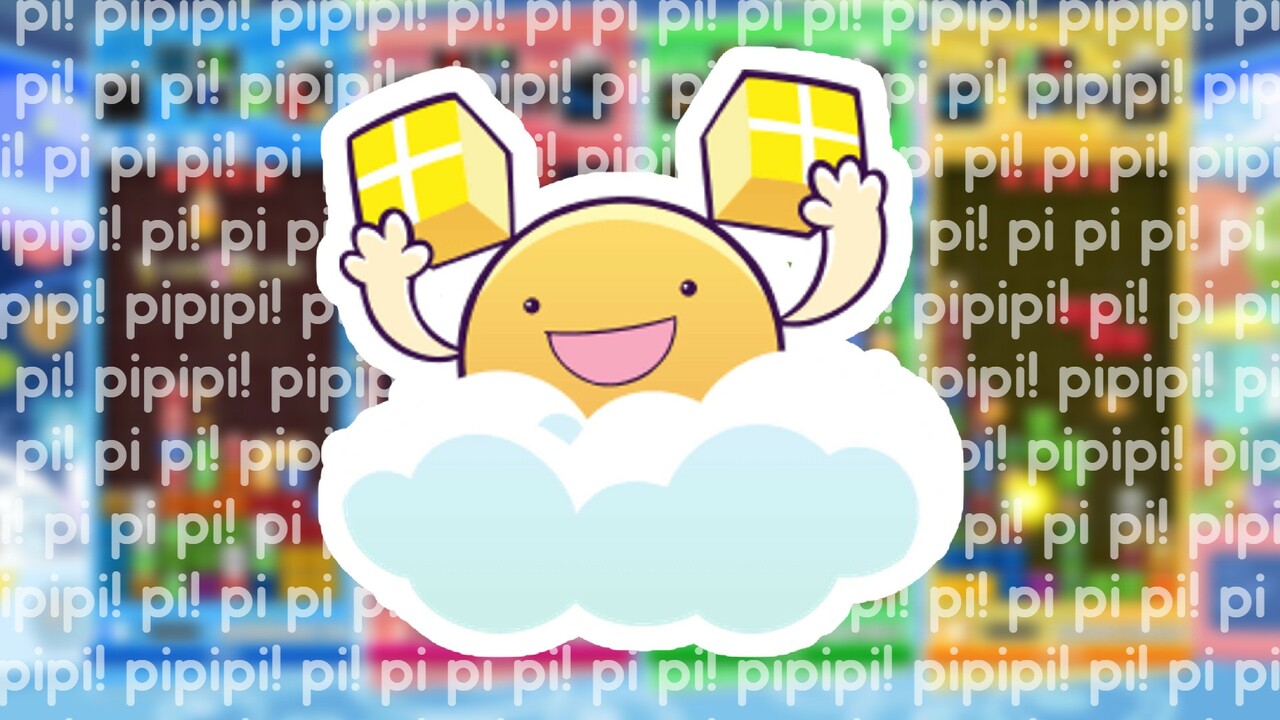 Today, Puyo Puyo Tetris turns five years old. I think that maybe very few people will care about this — it’s just Tetris with more colours and annoying characters, really — but for me, Puyo Puyo Tetris was the foundation upon which my current relationship was built. Come back in time with me to 2017, and I’ll tell you a story of love, tetrominoes, and one talkative egg…

In March 2017, the Nintendo Switch came out. As I’ve written about before, I was travelling the world at the time, and it became almost as important to me during that period as my passport. In April 2017, Puyo Puyo Tetris came out, combining the massively-successful Japanese arcade game Puyo Puyo with the massively-successful Tetris game, Tetris. Several new characters were created for the game, who were all based on tetrominoes — Tee, Ess, Ai, Jay, Elle, and so on — but the most important of all is O.

O is based on the yellow square tetromino, and unlike most of the other characters, he can only say one word: “Pi”. The characters in Puyo Puyo Tetris have a handful of voice lines which they trot out whenever they get a chain, a Tetris, or whenever someone else in multiplayer sends garbage their way. A lot of these voice lines are… really weird.

Sig just says the names of various shades of blue, like “Cerulean!” and “Lapis Lazuli!” and Ess just names various beauty products, from “Lip Cream!” to “Eyelashes!” If you’re going to hear the voice lines a lot, and they’re all really irritating… why not just pick the guy that can only say “Pi pi pi”?

And when I went to stay with my partner for the first time in June of 2017, that’s exactly what we did. That’s what we all did. Me, him, and his two housemates would gather round the TV in the living room, and we’d all pick O, or “The Egg”, and play competitive multiplayer. When someone got a line — pi pi! When someone got a Tetris — pi pi pipipipipi! When someone sent garbage to another player — an angry PI PIIIII! Imagine that, layered on top of each other. I promise, it’s hilarious.

And it was also quite the ice breaker. I’m pretty nervous around new people, but games offer that much-needed social lubrication, especially when said games get pretty heated, and before you know it you’re trash-talking total strangers like you’ve known them for years. And they were all SO GOOD at Tetris, too, so it wasn’t that embarrassing thing where you’re way better than everyone else and no one ends up having fun. In fact, I barely ever won, mostly because my partner is really good at T-spins and I just can’t seem to figure them out.

Our relationship is now 5 years long as of this June, and since that first month, we’ve played a lot of Puyo Puyo Tetris (and, later, Tetris Effect), plus a whole host of non-Tetris games. We now live together, and the housemates we used to play games with all moved on to their own place — one lives nearby still, and the other lives in New York. We haven’t played Puyo Puyo Tetris since before the pandemic began. It’s kinda sad! But it’s always there for us whenever things get a little more normal again.