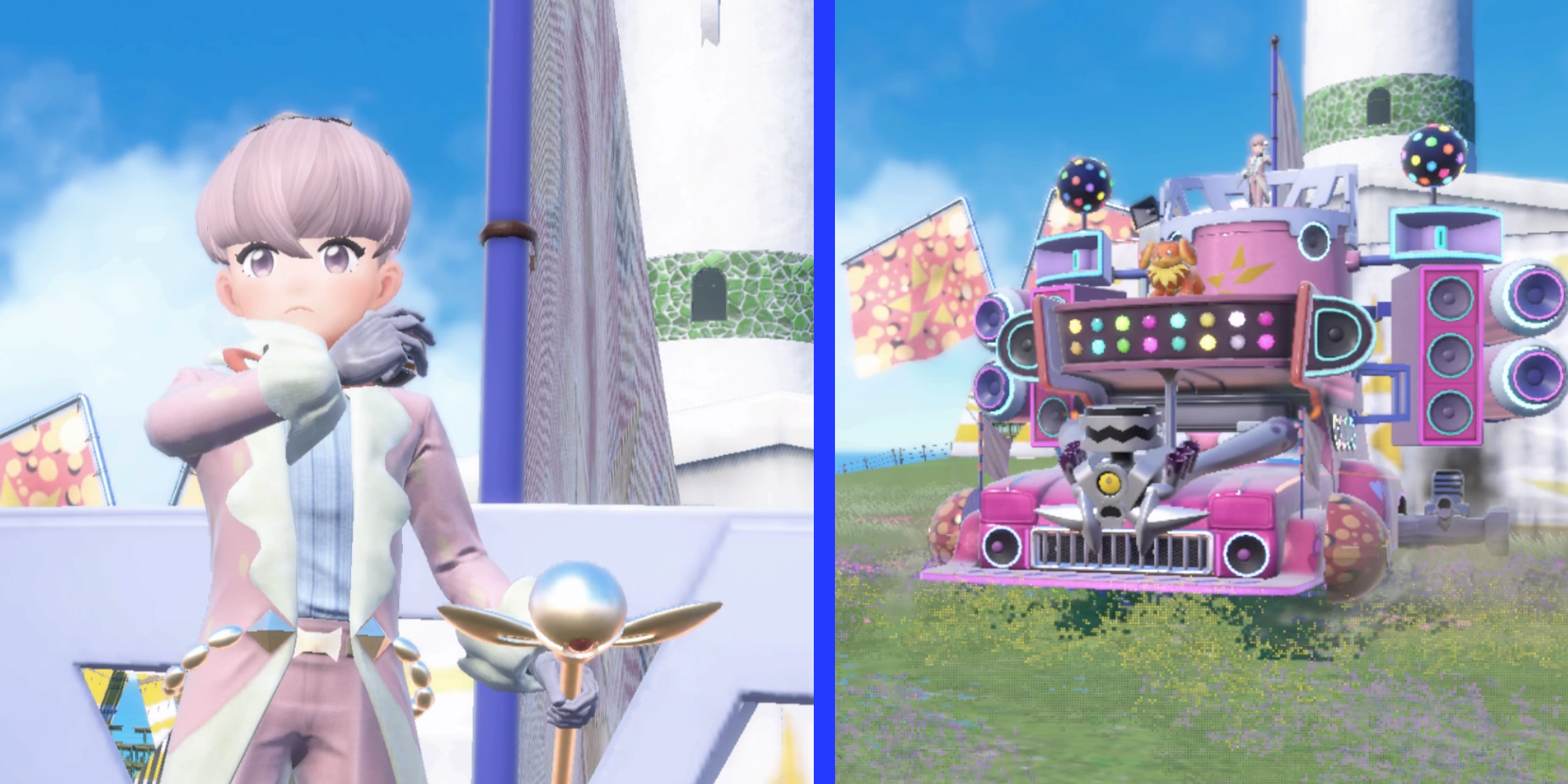 The Team Star crews in Pokemon Scarlet & Violet are a key component to the “Starfall Street” story and quest line. In some cases, the crews will even stop you from progressing into the next zone unless you can beat them. For this reason, it’s not likely you’ll be skipping the entire story even if you are only interested in gym badges or defeating titans.

In this Team Star guide we will cover each of the 5 Starfall Street Crews, the Pokemon they will use including their weaknesses, and even show gameplay of the encounter for you to be as well prepared as possible for your journey.

Although you do not need to defeat the Team Star crews in any particular order, you will find it easiest to take them down in the following order. The order is based on the level of the Pokemon in their party:

What To Do In Team Star Encounters

At each Team Star location, you will likely have to engage in some chit chat before hand, then battle someone outside of the compound. After winning the easy Pokemon battle, you should head back to the Pokecenter and heal your Pokemon, then head back to the Team Star base. Ring the bell in front of the base, and you will be brought inside.

Inside the base, you will have 10 minutes to defeat 30 Pokemon using the “Let’s Go!” mechanic. Complete this by running around and tapping the “R” button on your controller to send one of your first 3 Pokemon from your party out at the enemy Pokemon. This part of the fight is incredibly easy and should pose no challenge to you if you are appropriately leveled for the encounter.

If you do run into any issues with your Pokemon health, you can use the vending machines you see inside the base to heal them.

Once the 30 Pokemon are defeated, you will engage in a battle with the team leader. Don’t worry, your Pokemon will still have the same full health they came into the base with prior to the 30 Pokemon event.

The Dark Crew Leader has only 1 Pokemon and a Starmobile. His Pokemon are of the Dark type, so bring Bug, Fairy, and Fighting Pokemon to make it easier on yourself. After you beat him you will receive the Foul Play TM62. The Pokemon (and order) he will use are:

Here is footage of the Dark Crew event and battle:

The Fire Crew Leader again has only 1 Pokemon and the Starmobile. Bring Ground, Rock, and Water type Pokemon to defeat her with ease. After you beat Mela you will receive the Flame Charge TM38. The Pokemon (and order) she will use are:

Here is footage of the Fire Crew battle:

The Poison Crew Leader has 3 Pokemon plus the Starmobile. Bring Ground and Psychic type Pokemon to help you defeat the poison crew, especially if you were like us and accidently skipped one of the first 2 crews, it might be a difficult battle! After you beat Atticus you will receive the Gunk Shot TM102, as very powerful Poison attack we recommend you use! The Pokemon Atticus will use may differ in order, they are:

Here is footage of the Poison Crew event and battle:

The Fairy Crew Leader has 3 Pokemon plus the Starmobile. Bring Poison and Steel type Pokemon to help you defeat the Fairy crew. After you beat Ortega you will receive the Dazzling Gleam TM79. The Pokemon he will use may differ in order, they are:

Here is footage of the Fairy Crew event and battle:

The Fighting Crew Leader has 4 Pokemon plus the Starmobile. Bring Fairy, Flying, and Psychic type Pokemon to defeat the Fighting crew. After you beat Eri you will receive the Close Combat TM167. The Pokemon Eri will use may differ in order, they are:

Here is footage of the Fighting Crew event and battle:

What To Do After Beating All 5 Star Crew Leaders

Now it is time to head back to the Academy in Mesagoza to fight Cassiopeia, the person who has been helping you track down the Star Crews all along. First, you will have to fight Director Clavell.

Directory Clavell will have the following 6 Pokemon:

Once you beat Professor Clavell, he will ask you to go to the Academy’s schoolyard at night. You should make sure your Pokemon are fully healed, then you can head there. Go to the schoolyard by entering the Academy, opening the navigation terminal, and selecting “Schoolyard”.

Big surprise here… You remember that girl that kept showing up RIGHT AFTER every single Team Star battle? Surprise, surprise, she was Cassiopeia all along!

Casseopeia, otherwise known as Penny thus far, will come at you with 6 different types of Pokemon, so you won’t have just one strategy of stacking one or two types.

Penny / Cassiopeia’s Pokemon will consist of the following team, and may appear in any order depending on how the fight is going:

Bring a balanced Pokemon party to defeat each of these Pokemon, and be sure to swap in and our which Pokemon you are using to take advantage of their weaknesses.

Daniel Radcliffe Has Moved On From Harry Potter, But Explains Why He’s ‘Genuinely’ Happy To Talk About It