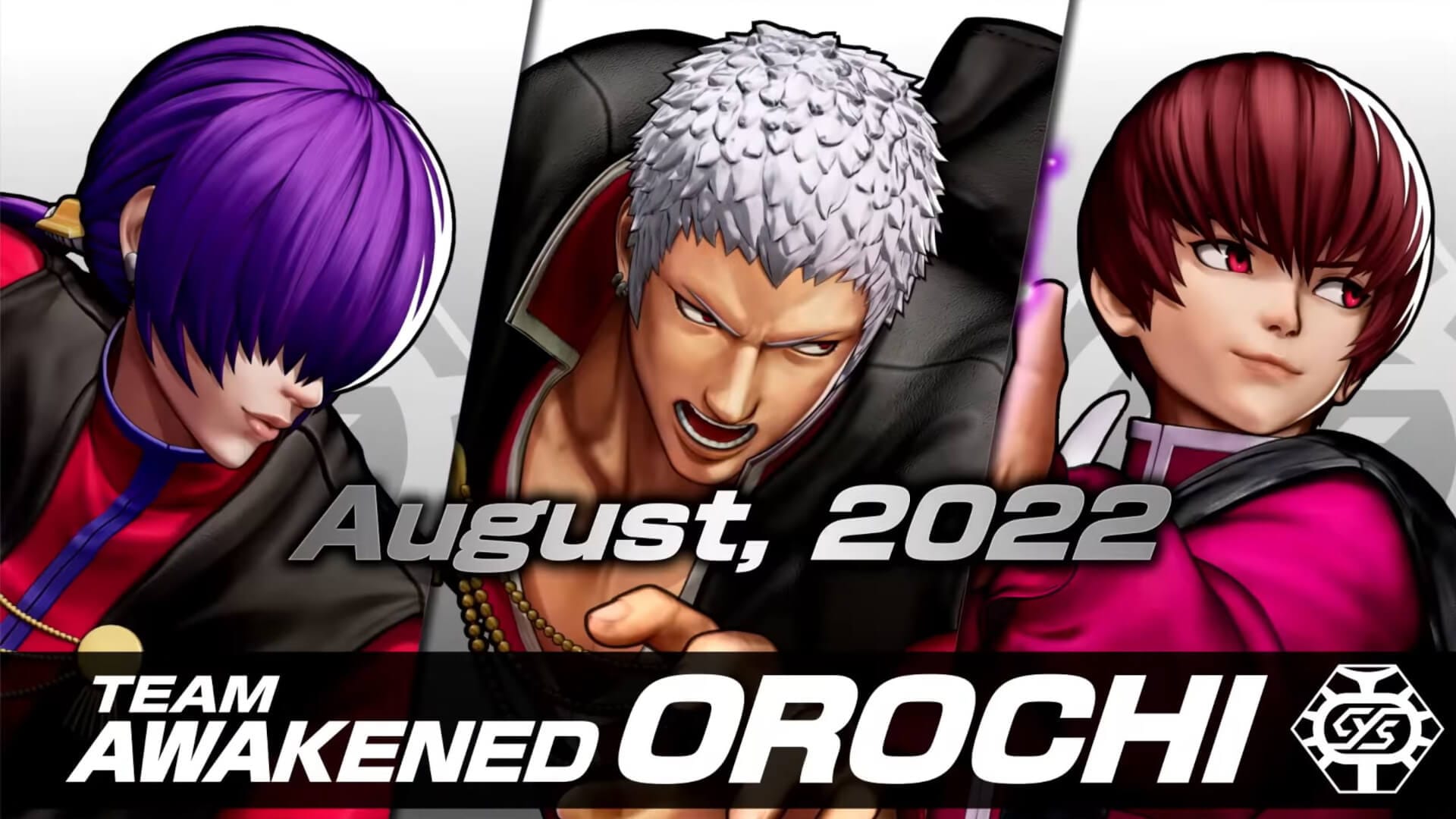 What do we know about the new King of Fighters XV DLC?

Per an announcement by SNK, the new King of Fighters XV DLC will revolve around Team Awakened Orochi, a nefarious group of fighters who wanted to resurrect Orochi back in the days of King of Fighters ’97. Now, they’re back to form a brand new team and strike terror into the hearts of other combatants. You’ll be able to fight as Orochi versions of Shermie, Chris, and Yashiro, and although those three characters are already in the game, these seem to be brand new versions of them. You can check out a trailer for the new King of Fighters XV DLC right here.

The team constitutes the second-to-last DLC addition for King of Fighters XV overall, with three more fighters still to be announced. This will bring the game’s total roster up to 52 characters from a starting pool of 39. If you’re looking for a more retro experience, you can also check out Team Awakened Orochi in King of Fighters ’98 Ultimate Match Final Edition, which also comes complete with rollback netcode (which King of Fighters XV also has, of course).

What is King of Fighters XV?

King of Fighters XV is the latest installment in the long-running SNK fighting series. It was originally revealed back in January 2021, and after suffering a pandemic-related delay in June of that year, was finally released in February 2022. As you might expect, it continues the fast, frenetic fighting style of the King of Fighters franchise and features plenty of characters from the series’ history. Three more DLC characters are due to come to the game at some point in the future, although we don’t know who they are or when they’re on the way yet.

You can pick up King of Fighters XV right now for PlayStation consoles, Xbox Series X|S, and PC. If you’re playing on PC, you can grab the game on either Steam or the Epic Games Store. Either way, it’ll set you back $59.99 if you get the Digital Edition on PC. Presumably, we’ll get a more specific release date for the new DLC characters in the near future, so stay tuned to TechRaptor to hear more about that.

The Callisto Protocol Combat Is Half Melee and Half Ranged, Says Dev