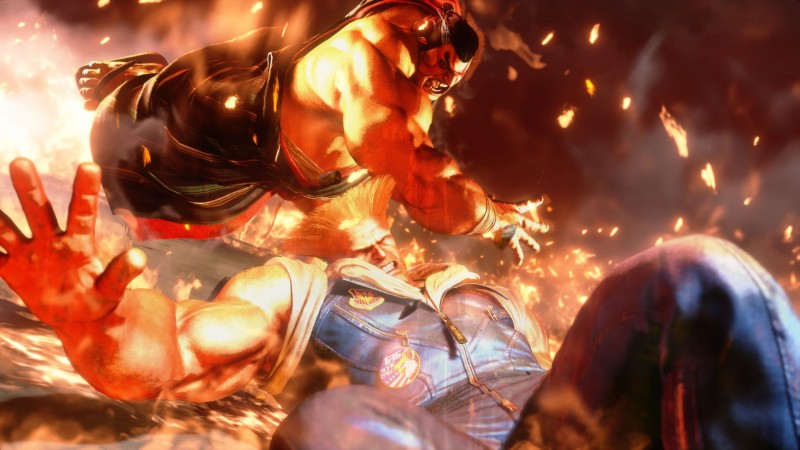 Each time a new Street Fighter entry rolls around, we get introduced to a new cast of characters and reintroduced to some of our favorite series mainstays. Street Fighter 6 is no different in this regard. Amid the new additions like Kimberly, Jamie, and Luke, longtime players can find comfort in the presence of fighters like Ryu, Chun-Li, Guile, and Ken appearing as well. However, even those returning fighters have some changes to their looks, outfits, and personalities for this sixth mainline entry.

During our trip to Osaka, Japan, where we visited Capcom’s headquarters, we sat down with Street Fighter 6 art director Kaname Fujioka to learn more about his time at Capcom. “The biggest inspiration for me wanting to join Capcom and work on fighting games was Street Fighter II,” he says. “I was eventually able to do character design work for other non-Street Fighter main-series fighting games, whether it be Red Earth, Jojo’s Bizarre Adventure, and also Capcom vs. SNK, but I never really had the chance to work on a mainline Street Fighter game.”

Now that Fujioka is finally working on his dream franchise, he has worked with the rest of the team to create a joint vision for the iconic and all-new characters of the series. We went character by character in the Street Fighter 6 roster to learn more about the looks each revealed character sports in the highly anticipated 2023 fighting game. See what Fujioka has to say about each design that we’ve seen so far below. 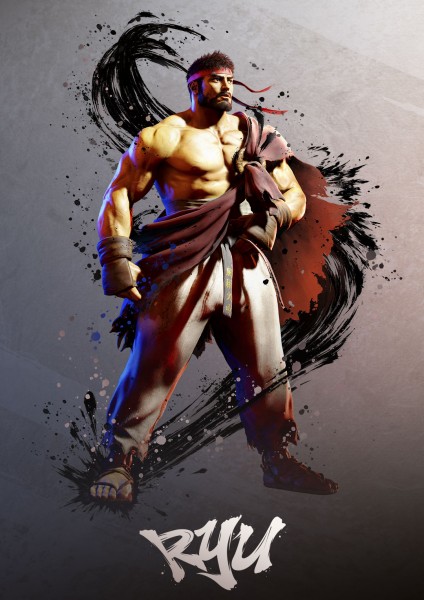 “Ryu has always been the main character or iconic character of the Street Fighter series,” Fujioka says. “We wanted to go for an ‘aged master’ look that shows all the training that he’s done. There are some obvious elements of Ryu’s design that show his age, whether it be the beard or the sash that’s kind of reminiscent of Gouken.” 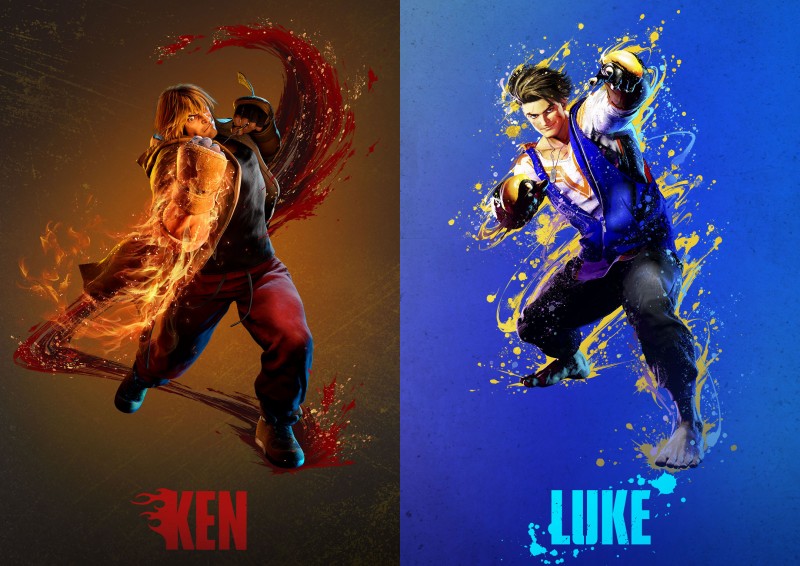 “My impression of Ken is he’s always been a fiery and explosive – literally fiery, explosive – character,” Fujioka says. “He also has a stronger sense of fashion compared to a character like Ryu, for example. I wanted to emphasize that, but at the same time, Ken was kind of seen as a playful character in past titles, but his setting being on the run, he has to kind of hide himself.”

For more on Ken’s design with the Street Fighter 6 team, head to our dedicated article here.

“Luke, being the main character, we felt that we really wanted him to be a straightforward and easy-to-relate-with type character without a lot of curveballs in comparison to Ryu, who’s always been the main character or iconic character of the Street Fighter series,” Fujioka says. “We wanted to make Luke a little bit different and have some contrast between [Ryu’s disciplined, aged] look and Luke. We want to make Luke the protagonist figure, but differentiate him from Ryu in his appearance and story. We wanted to make him be more of a colorful, refreshing type of character with colors that are easy to understand with an emphasis on blue and orange.” 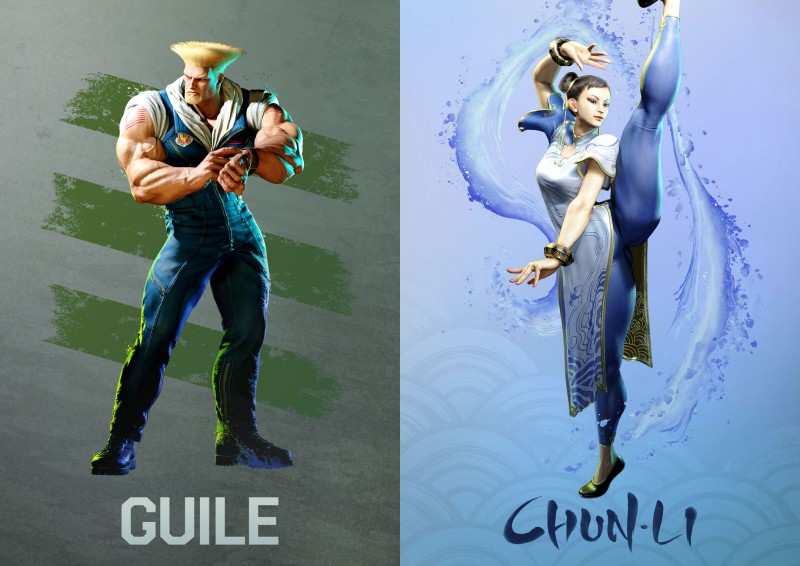 “[Similar to other classic characters], we wanted to show those elements of aging with Guile as well,” Fujioka says. “We wanted to emphasize the fact that he’s a soldier at heart. I feel that no matter how much he ages, Guile is going to be Guile for the most part. There are certain things that have changed, whether it’s his muscle mass or the fact that he now has a goatee that show his age, but beyond that, we wanted to add some more personal touches to him. We gave him a watch because he’s very careful in terms of time and he’s a precision character. He pays attention to how much time he takes to fight, and that’s reflective of not just his personality, but his fighting style.”

“She was probably one of the hardest characters to design with this title, especially since one of the original creators of Chun-Li is one of my mentors,” Fujioka says. “I definitely want to respect that and make a version of Chun-Li that is appropriate for Street Fighter 6. Chun-Li is loved by many different eras of players, and it’s almost as if everyone has their own version or interpretation of Chun-Li. So, ‘How do I make a Chun-Li that satisfies everyone’s expectations while making something new for Street Fighter 6?’ That was a huge challenge for me. In terms of the themes of Chun-Li, we wanted to emphasize the fact that she was able to take out Shadaloo, and she’s a little bit older now, similar to Ryu. She’s aged elegantly and is more of a master-type figure where she’s teaching those who are under her and are a little bit younger than her.” 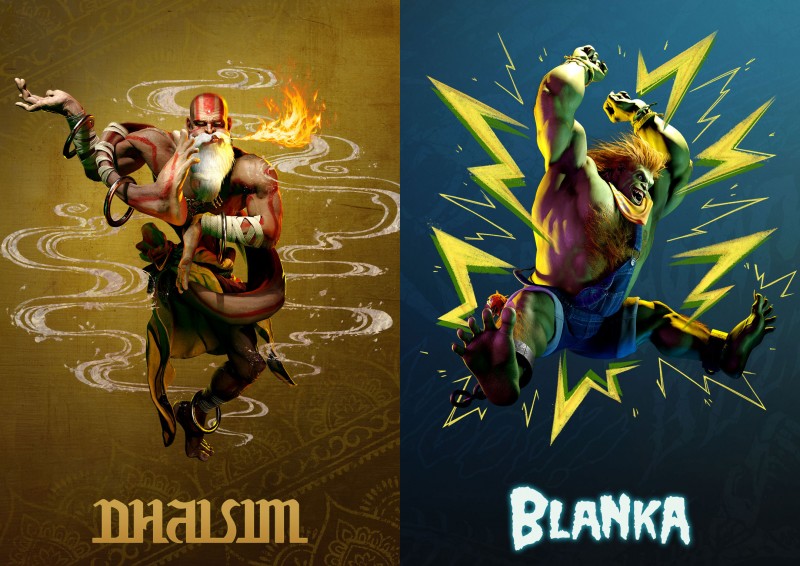 “Dhalsim is a character who’s very hard to convey as someone who’s superhuman and who has movements and works in ways that are not like a lot of other characters,” Fujioka says. “That’s definitely a challenge for me. He’s always been almost a hermit-type, older character, so we put a lot of effort and thought into certain expressions, whether it be the wrinkles on his face or his beard. We spent a lot of time trying to figure out what an aged character like Dhalsim would look like with even more age.”

“For this title, we wanted to emphasize the more realistic textures for the characters while maintaining the uniqueness of these characters that are kind of different from humanistic figures, whether it be like Honda or Blanka,” Fujioka says. 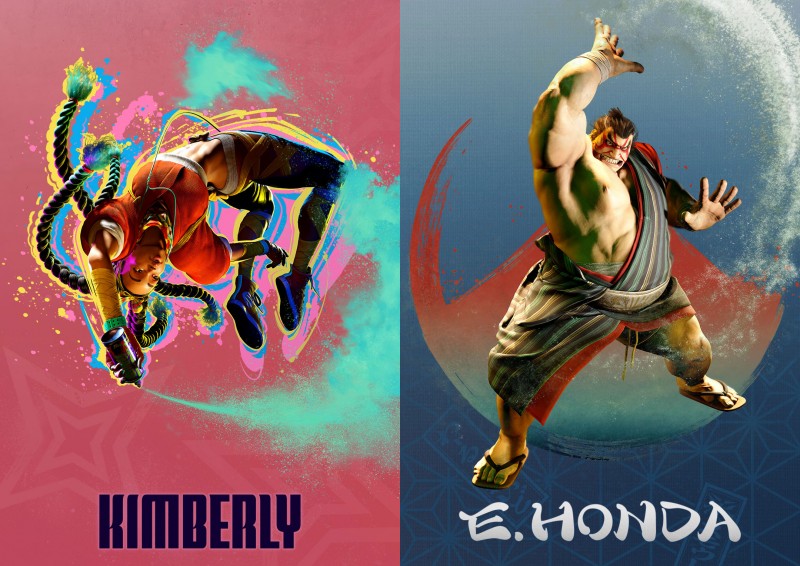 “She’s like the last piece of the trio of Luke, Jamie, and Kimberly that is almost related to how Ryu, Ken, and Chun-Li were in the older generation of Street Fighter,” Fujioka says. “We wanted to kind of recreate that relationship with new characters, so Kimberly’s the last piece of that puzzle, essentially. Not only that, but we wanted to make that trio a diverse group, with Kimberly being an African American woman who is enamored by ninja culture. She wants to be like Guy, so she practices bushin-ryu style, but simultaneously, she’s a very athletic character. Very bouncy. Someone who can excel at things like cheerleading and gymnastics types of physical activities. But at the same time, she’s not a very stern character. She’s someone who’s very colorful and cheerful and poppy. Like in real life in America, how you have people who are really into Japanese culture. Bushin-ryu isn’t technically a ninja style, but her interpretation is kind of incorrect. She’s assuming that it is, and even though it technically isn’t, she’s enamored by it.”

“Honda is starting to show his age,” Fujioka says. “If you look carefully, he has some white hairs now on the side of his head. But we really wanted to keep that sumo essence but also show more of a new style for him.” 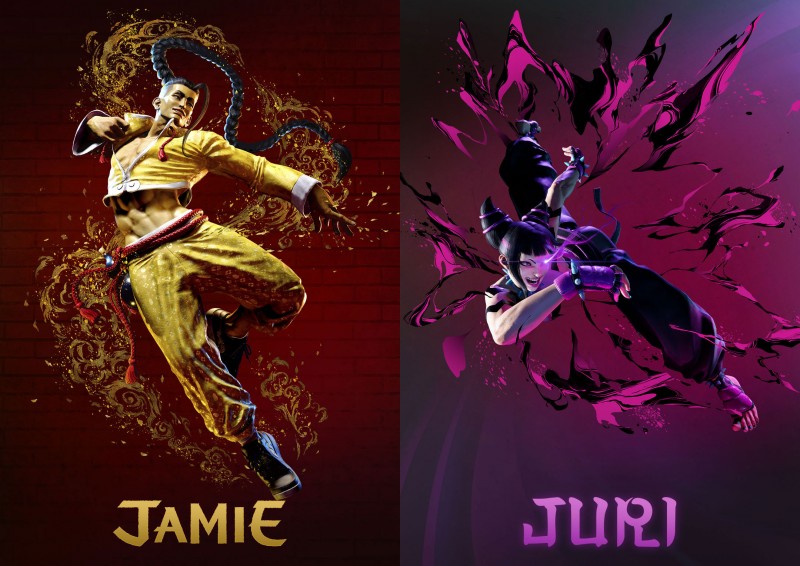 “When it comes to Jamie, this was somebody that Nakayama-san wanted from an early point,” Fujioka says. “He always wanted him to be a rival figure to Luke. Unlike Luke, who uses more of a modern MMA style of fighting, Jamie utilizes more of an ancient drunken boxing kind of kung-fu style. We felt that just having that is not enough, so we incorporated more modern elements of movement, like breakdancing and stuff that is probably more relevant to a younger generation of people. We wanted to emphasize that hybrid fighting style of this older drunken boxing mixed with breakdancing movements.”

“Juri was a new character who was introduced in the Street Fighter IV series, and she has always been kind of a psychopath character with a very dark side – someone who maybe has a low sense of morality or would take on any job that is offered to her, even like assassination-type stuff,” Fujioka says. “This time around, I had the thought of, ‘What is her personality when she’s not taking on these odd jobs? And what does she do during her spare time?’ It led to this person who maybe doesn’t live the most healthy lifestyle, who’s just always on her smartphone, and she takes pictures of enemies she defeats and shares that on social media. Eating a lot of junk food and candy, and probably not the most sociable person. We thought that maybe she would have created a bunch of bad habits where she just uses her foot whichever way she wants and picks up stuff. She’s not the most elegant type of character, but it seems like the people really pay attention to that and notice some of those behavioral antics from her. I’m really happy that people took notice of that.”

Street Fighter 6 arrives on PlayStation 5, Xbox Series X/S, PlayStation 4, and PC in 2023. For more exclusive coverage of the highly anticipated fighting game, head to our hub by clicking on the banner below.

Netflix’s Wednesday: Will Tim Burton Be Back For Season 2?