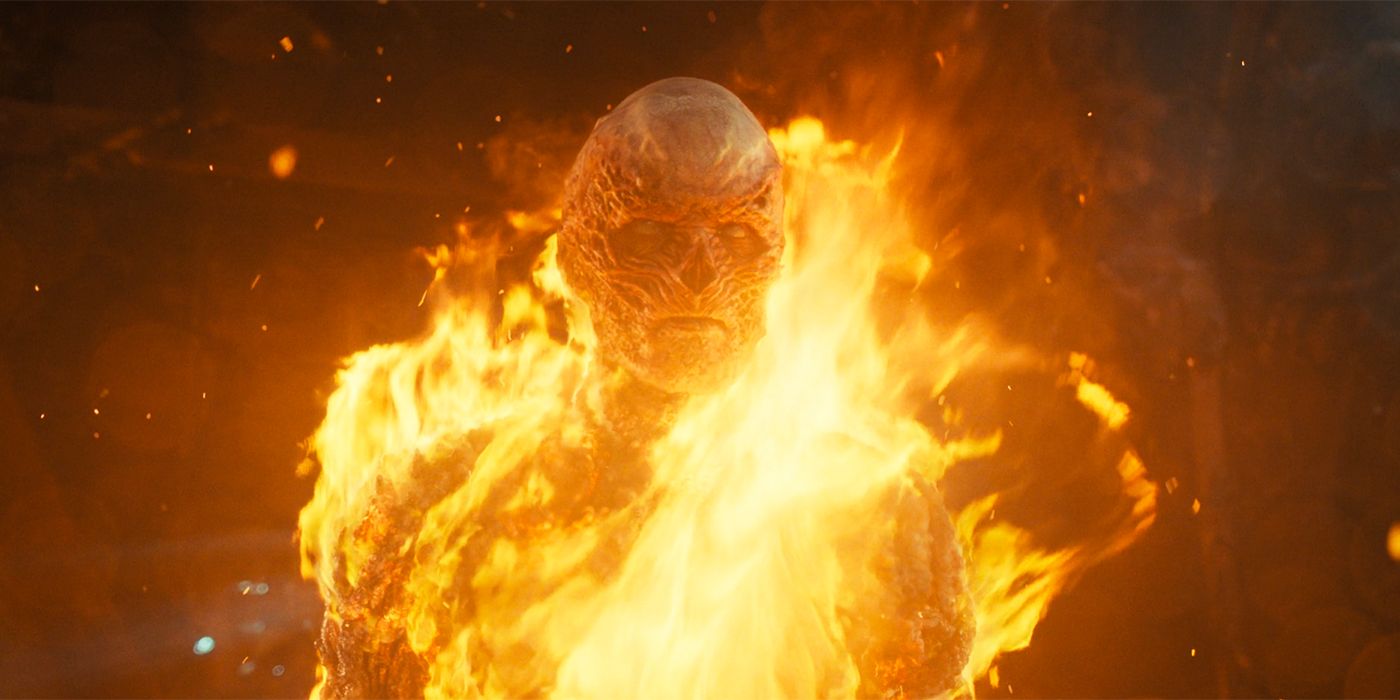 Since 2016, the Duffer Brothers‘ original Netflix series Stranger Things has been pulling an impressive number of viewers across the globe and has delivered quality content consistently for four straight seasons. Between an excellent cast of unforgettable characters and a sci-fi-driven storyline that increasingly ups the stakes each season, fans can’t seem to get enough of Hawkins, Indiana. Recently, Collider’s Samantha Coley sat down with one of the masterminds behind what makes Stranger Things so remarkable, VFX Supervisor Julien Hery, to discuss the work that went into bringing Season 4 from the page to the screen, including the inspiration behind Vecna’s infamous Mind Lair.

What makes Stranger Things stand out from Netflix’s sizable slate of original content is the immersive quality, and Season 4 took the visual effects to new heights. From the elaborate creatures of the Upside Down to the nightmarish hellscape where the big boss, Vecna (Jamie Campbell Bower), resides, the VFX team was working overtime for the series’ most recent season.

Following the Battle of Starcourt, fans were on pins and needles waiting to see what kinds of outlandish scenarios the Duffer Brothers would take their Party to in Season 4, and if the turnout for the Volume 2 premiere is any indication, they exceeded expectations. Like their characters, the villains have grown, too. No longer only dealing with sci-fi, alien-inspired Demogorgons and Demodogs, Season 4 introduces audiences to an entirely new ballgame steeped in ’80s horror with Vecna, the creator of all that has plagued our heroes since Season 1. Not only is the entity himself terrifying, but his Lair is a twisted landscape of living evil.

RELATED: The Writers’ Room for ‘Stranger Things’ Season 5 Has Begun

When Coley spoke with Hery she inquired about the inspiration behind Vecna’s Lair. The VFX Supervisor described their team’s references as “super dark,” citing the work of artist Wayne Barlowe, specifically his piece titled Inferno. The art depicts a charred land of death with stark reds and fiery skies, and the visuals are a clear influence on Vecna’s Lair. Working with art director Deak Ferrand, who has done work on 2021’s Dune and James Wan‘s Aquaman, the department was tasked with establishing an entire environment that would reflect the wickedness of Season 4’s villain.

“…we started with concept [art] from Michael [Mayer], and then I remember like for the first couple of shots, we had to establish the island from very far away, the island where the action is going to take place. And we were trying to find a way we establish this environment, and for those specific shots, we had to work to replace the island. We have to build a specific environment for that, for those couple of shots, to really establish a very wide shot. [One of] the art references that we use was Wayne Barlowe, he has those pieces of… I think it’s called Inferno, and basically it’s paintings. And it’s like pretty… How can I say… that painting that gives you nightmare: red sky, super dark silhouette. It’s super dark, but it was very interesting. Definitely, it was a reference for us to use that.”

In the show, Vecna resides in a world he created for himself, with a hive-mind of living vines that curl and choke the mirror reality known to the main characters as the Upside Down. In the fourth episode, fans saw what Hery referred to as “the island,” a small portion of the Upside Down that is made up of remnants of the Creel House, fractures of Hawkins with the bodies of Vecna’s victims intertwined. The Lair is where Vecna brings his victims, and where the final stand-off between him and Eleven (Millie Bobby Brown) takes place in the Season 4 finale.

Hery is an Emmy Award-nominated VFX artist who has done work on a number of high-profile projects, such as Disney+’s MCU series WandaVision, Loki and The Falcon and the Winter Soldier, as well as Eric Kripke‘s Amazon Prime series The Boys. To see more of his work, check out Stranger Things, available to stream on Netflix.

Season 4 of Stranger Things is available on Netflix now, and be sure to check out our full interview with Hery when it arrives. In the meantime, you can watch the cast react to the fourth episode’s scene that first features Vecna’s Lair below:

Our series on cycling in PC gaming is complete