We interview Snowpiercer star Steven Ogg about Pike’s new journey in season 2 and why the series feels even more relevant than season 1 did.

Snowpiercer season 2 is gradually forcing the passengers of the 1,034-cars-long super train to choose sides between Mr. Wilford (Sean Bean) and Andre Layton (Daveed Diggs). Caught in the middle is Pike, a former member of Snowpiercer’s Tail section who is now guarding “the border” between the main train and Big Alice, Mr. Wilford’s supply train attached to Snowpiercer. Pike is also running a pipeline of contraband to the train’s underworld and trying to get something for himself on the side.

Screen Rant had the pleasure of speaking to Steven Ogg, who plays Pike on Snowpiercer. The Canadian actor was bumped up to series regular for season 2. We discussed Pike’s new responsibilities on Snowpiercer, growing up in Canada’s pro-wrestling scene, and why Snowpiercer season 2 feels even more relevant than season 1 did.

Related: Snowpiercer Theory: The World Is Warming Because Of The Train

Screen Rant: I asked Lena Hall this question but you might be an even better person to ask: How’s the weed from Big Alice?

Steven Ogg: I thought you were gonna say, “You’re even more talented than her!” It’s so funny because being a non-weed person, it’s funny that I became the ‘weed man’. God, I think the last time I smoked weed I was 18 or something? So, it’s good! The Snowpiercer weed is good!

Screen Rant: Is that because for Pike, it’s been so long, or do you think Mr. Wilford is actually growing high-quality stuff over there?

Steven Ogg: I think it’s high-quality stuff, but also combined with seven years or longer of not touching the stuff. I think the excitement of being able to escape the trappings of being on a train would be exciting.

Screen Rant: One of the things I love about Pike, especially this season, is he relishes all the pleasures, as you said, that he was denied for seven years. Last season it was chocolate cake, this season it’s weed. He’s very relatable and I think that’s a testament to your performance. What do you think it is about Pike that he’s able to last on the train?

Steven Ogg: I think that with Pike, like everyone in the Tail, he spent seven years in jail. And you think about that isolation and being in that environment, anything outside of that routine, outside of that seven years of captivity… I mean, it would just be mind-blowing. So I think embracing all of that is just something Pike does. It’s almost like part of his survival. To get those things. He really wants to enjoy it. He really just loves what that experience is, knowing that it might be gone the next moment. Almost like living in the moment, right? In the present.

And now Pike is guarding the border and he’s running the pipeline. Or as I like to call it, the Pikeline.

Steven Ogg: That’s what I was gonna say, the Pikeline.

That’s also a lot of pressure on Pike. He’s the first line of defense against Big Alice at the border.

Steven Ogg: Yeah, not such a fan of that. It’s a tougher role to be in. It’s tough to be in a position where people are relying on you. You can’t make as many mistakes. Pressure’s on.

Plus on the other side, you’ve got things like Icy Bob.

Steven Ogg: What a freak, huh? He’s incredible. Such a sweetheart too. I think [Andre Tricoteux, who plays Icy Bob] is from Winnipeg, initially? We ended up talking about wrestling a lot because I grew up in Calgary with a lot of these wrestlers. We used to have the Harts, we had Substitute Teacher… I don’t know if it was Keith, but he’d come in and show us the figure four leglock. And the Dynamite Kid, Davey Boy Smith. The Cuban Assassin, I used to see him driving with Kerry Brown in a limo to the Corral. It was awesome.  Icy Bob and I used to talk about Stampede Wrestling.

I’m also fascinated by Pike’s interaction with Janitorial this season. This past episode, Pike took some Encyclopedia Brittanicas. What’s the significance of that?

Steven Ogg: The gold! The gold of knowledge. Essentially those encyclopedias, those National Geographics, this is all they have. They’ve had the same books and things for seven years, so anything different that you can trade or offer is exciting and also worth something. So it’s exciting to have something new. Knowledge is power, as they say!

And since Snowpiercer is all that’s left of civilization, that’s human history in those books.

Steven Ogg: Exactly, something to remember where we came from, what we did.

I really love the camaraderie with Pike and Layton this season. Layton is relying on Pike at the border and so far, Pike is holding up his end. But do you think when Wilford makes his move to take the train that Pike will be loyal to Layton or will he go with Wilford?

Steven Ogg: Pike obviously has a relationship with Layton. He spent so much time with him in the Tail. They know the ins and outs and the nooks and crannies of each other. But Pike is also a survivor and he’s a bit of an opportunist. Having now got a taste of what it is to lead, there’s a possibility of what would this be like? The relishing of the cake and the weed now, you get that taste and there’s definitely some excitement about the possibilities. I think Pike is very much ‘he’ll do what needs to be done’. He’ll figure out a way to literally have his cake and eat it too.

It all comes back to the cake. So far, I think Snowpiercer season 2 is even better than season 1. When we spoke last year, we were just a few weeks into the pandemic. Now, almost a year later, we’re still in the pandemic, and Snowpiercer feels even more relevant. Why do you think the show hits even harder in season 2?

Steven Ogg: The pace of season 2, to me, is different. It just seems to be more intense, if you will. That’s what I found about season 2. The intensity kept picking up. Season 1 introduced and it was really more of the feeling of the train. It’s like the Johnny Cash song where everything he did with his guitar was like… [intensifying sounds]. I think the show picked up that pace. And it just became a much more intense environment where the train picked up speed, even though it’s Wilford’s train. Because it sped up. The stakes are definitely higher.

Next: Snowpiercer: The 4 Key Women Wilford Needs To Take The Train

John Orquiola is a Features staff writer who has been with Screen Rant for four years. He began as a director’s assistant on various independent films. As a lover of film and film theory, John wrote humorous movie reviews on his blog, Back of the Head, which got him noticed by Screen Rant. John happily became the Star Trek guy at Screen Rant and he leads Feature coverage of the various Star Trek series, but he also writes about a wide range of subjects from the Marvel Cinematic Universe to Cobra Kai. His other great nerdy love is British TV series like The Crown, Downton Abbey, and Killing Eve. John can be found on Twitter @BackoftheHead if you want to see photos of the food he eats. 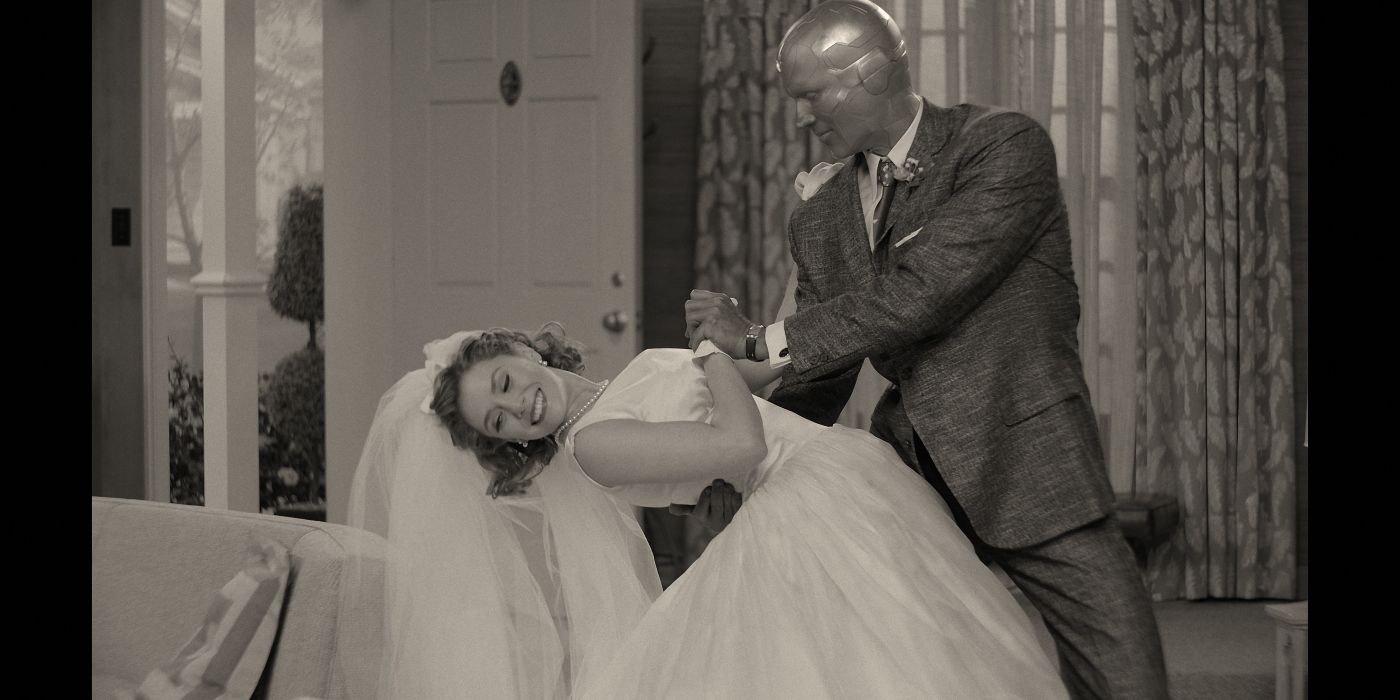 WandaVision Theme Songs to Be Written by Frozen Duo 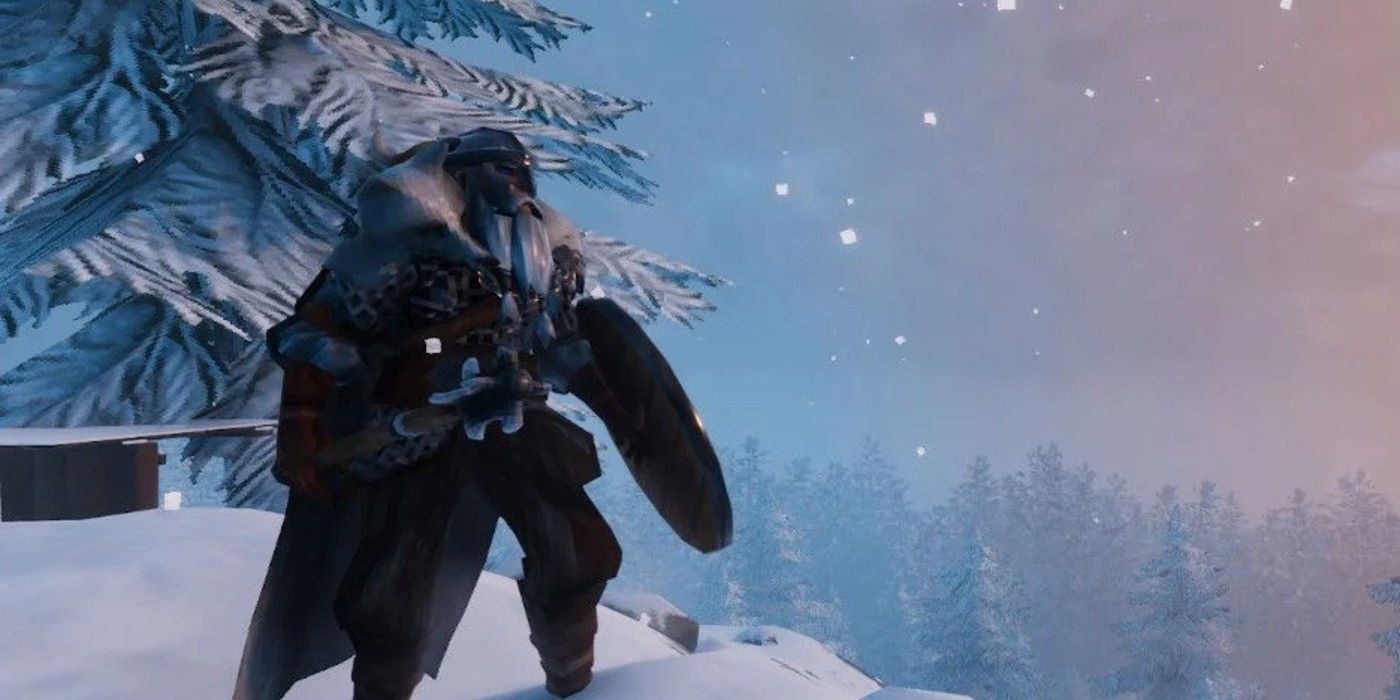 What’s Up There & How To Survive