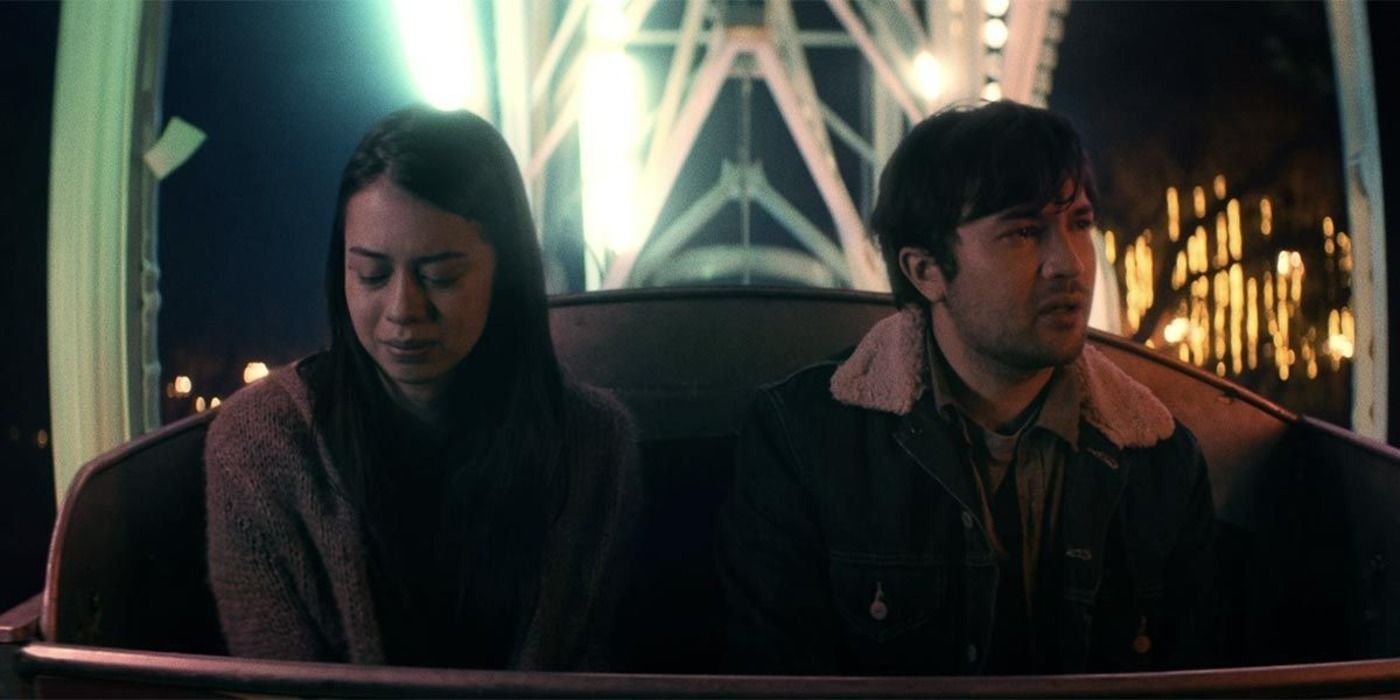 The film follows a young couple, Albee (Midthunder) and Walker (Gray), who are on the brink of divorce. They rent a mountain getaway to save their fledgling marriage. Before long, their personal drama creates tension between their newly engaged AirBnB hosts — Ben and Carly — leaving us to wonder if either couples’ relationship will survive the weekend. In a previous interview, Pink spoke of the nature and title of The Wheel,

I mean, you can imagine all the reasons: the cyclical nature of life, the difficulty of sorting out romantic troubles, right? I think we all find ourselves…let’s not underestimate how difficult it is to break free of a cycle, how hard it is. I mean, I remember finding it almost impossible to figure out how to resolve the emotional trouble inside a relationship that was falling apart; it’s almost impossible to escape from.

Bethany-Anne Lind who is cast as AirBnB host Carly, previously told Deadline, “The ideas of two couples in two different stages of life and two different phases of their relationship and just the intricacies. Steve did so much with bringing out the nuances in a person’s head, when they’re like ‘Should I stay or should I go?’

Quiver Distribution has acquired and film and is set to release it to a wider audience, “With Steve behind the “Wheel” guiding such a gifted group of fresh filmmakers and upcoming actors, we immediately knew we couldn’t go wrong,” said Quiver’s Co-President Berry Meyerowitz.

Quiver co-president, Jeff Sackman said, “We’re thoroughly impressed by Steve’s ability to master not only comedic fare but also a more tender, raw relationship story in this engrossing meditation on love and loss. The feature is wildly compelling, and we can’t wait to share it with audiences next month.”

The Wheel premiers on July 22.

‘Fall Guys’ player count rises on Steam despite being delisted

Tom Cruise Hangs Off Plane in Behind the Scenes Image