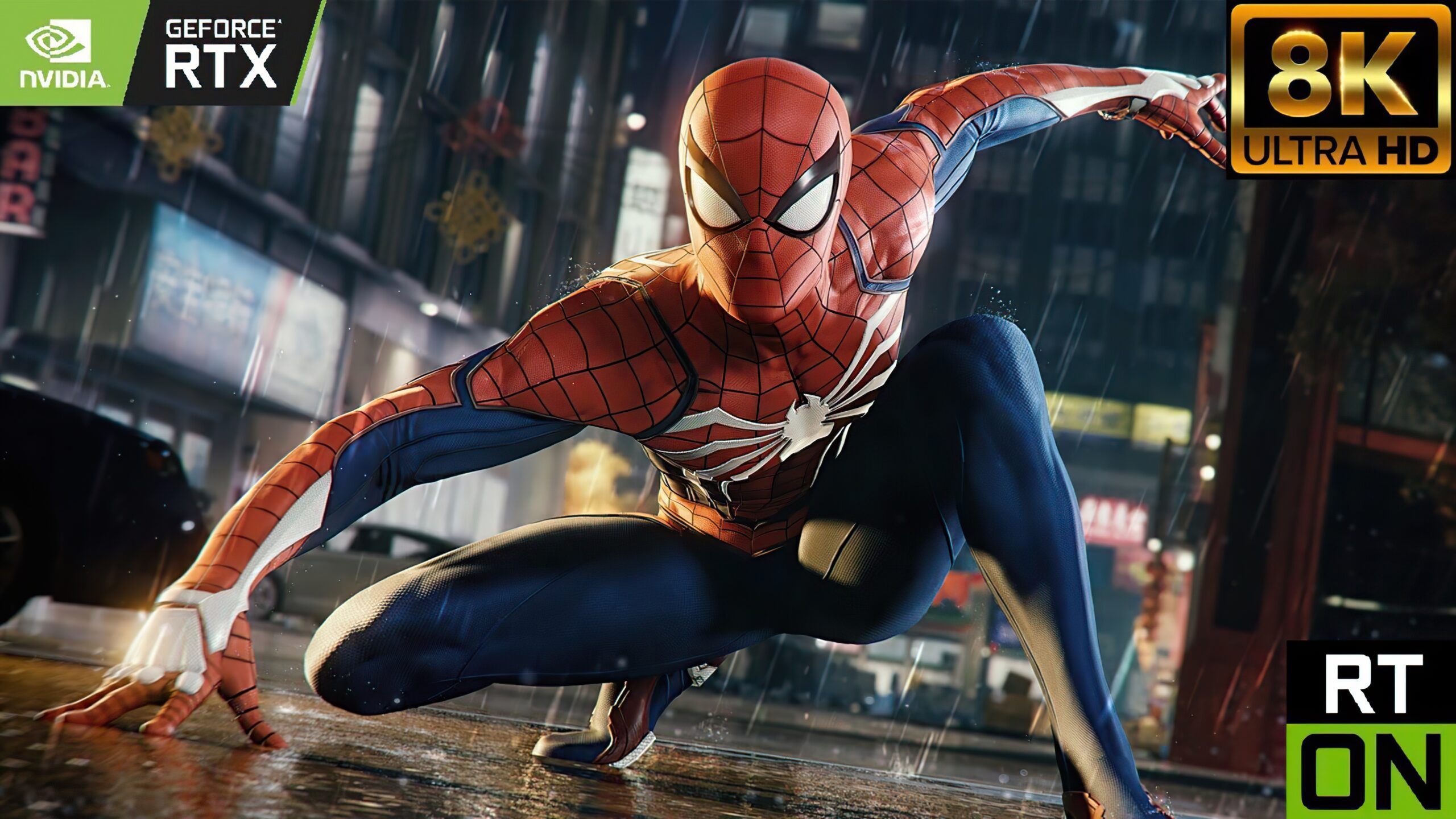 Marvel’s Spider-Man Remastered might have launched only a few days ago on PC, but there are already plenty of mods available. We already covered an initial RTGI mod, but Giulio Guglielmi (also known as MassiHancer) has now posted a more extensive graphics enhancement preset that really goes a step further, thanks to ray traced global illumination. Here’s what he told us via email:

You can instantly find sharper textures, and better Ambient Occlusion and Reflections “also” thanks to the use of  “RT Shader” from Pascal Gilcher.
Moreover, I was able to add ray-traced “Self-Shadowing,” which allows non-static objects in the environment, such as game characters and interactive objects, to cast shadows on themselves and each other, vastly improving the visuals of the streets of New York.
I also added Color Grading and a Camera Mod that reacts to everything happening on the battlefield. This is rendered in real time in 8k resolution thanks to an nVidia RTX 3090 Ti. (Spider-Man Remastered preset and optimized settings will be on my Patreon page in the next hours).

As usual with all MassiHancer mods (Star Wars Battlefront, God of War 3, Batman: Arkham Knight, Resident Evil 2 Remake, and DOOM Eternal, to list a few), you will need to become a Patreon member to download the ReShade presets.

In other Spider-Man Remastered PC news, the game just received another patch today (version 1.817.1.0) with various improvements and fixes.