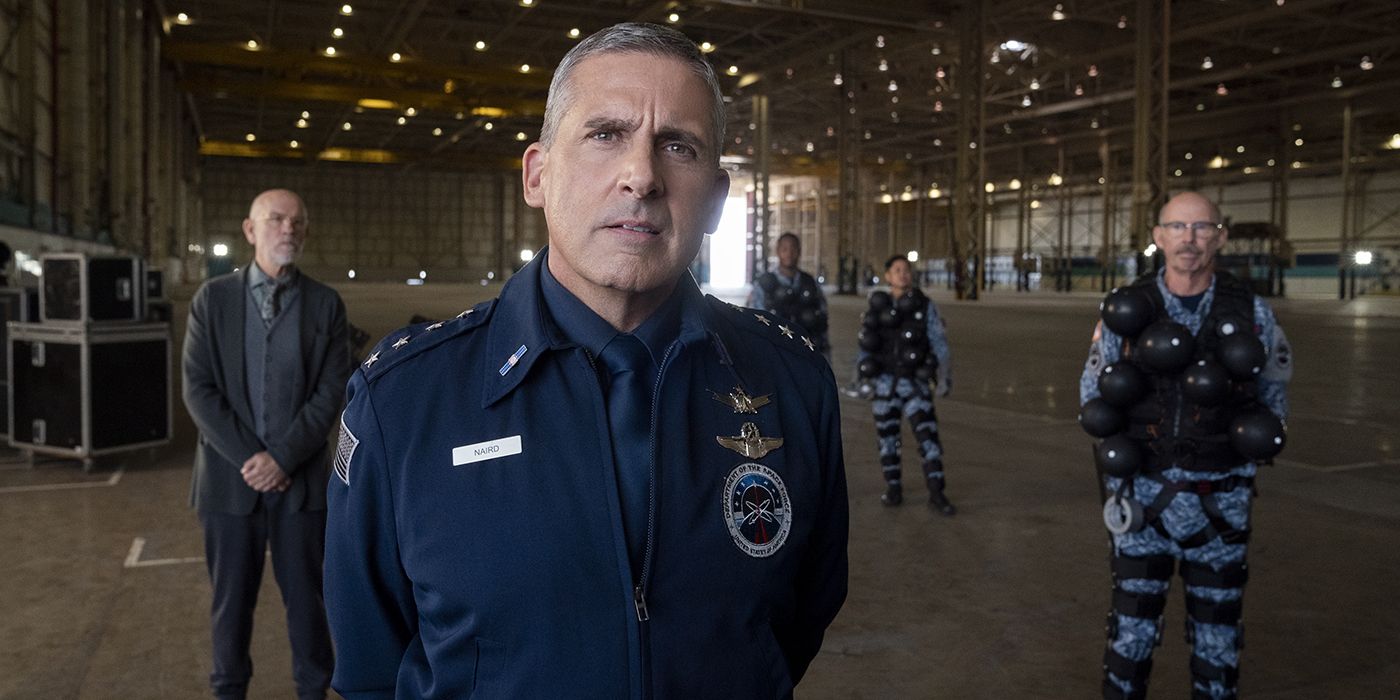 After two seasons of getting boots on the moon and trying to justify the existence of a sixth military branch, Space Force couldn’t justify its existence to Netflix any longer. The show, which featured Steve Carell in the lead role as Chief of Space Operations Mark Naird, has been canceled at the streamer per Deadline. Marc and his crew will have to consider exploring different careers after all.

The show debuted in the wake of the real-life creation of the U.S. Space Force, following General Naird as he’s given the reins to the newest branch of the military. Together with his crew, he’s tasked with getting the organization up to snuff with the rest of the military, an act easier said than done given all the hurdles the new space-faring branch faces. Season One had Marc and his crew undergo trial by fire as they were immediately tasked with getting humans back on the moon by 2024. Its second season, which was released back in February, followed the fallout of the moon mission as Space Force was given four months to prove its worth to the military.

Space Force boasted a dream cast past Carrell, with John Malkovich, Ben Schwartz, Tawny Newsome, Diana Silvers, Jimmy O. Yang, and Don Lake making up the regulars. Back in Season 1, the show also boasted Lisa Kudrow as Naird’s wife and the late star Fred Willard as his father. It also reunited Carell with The Office creator Greg Daniels who created the show with the star and acted as co-showrunner with Norm Hiscock, whose writing and production credits include Parks and Recreations, Kids in the Hall, King of the Hill, and Brooklyn Nine-Nine.

RELATED: ‘Space Force’ Characters and Their ‘The Office’ Counterparts

Despite the massively talented cast and crew, Space Force took too long to land with critics and audiences in the same way Daniels, Hiscock, and Carell’s previous work did. Season 1 only landed a score of 39% from critics on Rotten Tomatoes, though its follow-up received far higher praise with a return to the more relationship-based, workplace comedy style that Daniels and Carell perfected back in 2005. Season 2 seemed to right the ship, but it still wasn’t enough to keep the characters around for another go.

What ultimately hurt Space Force was more than likely the cost vs. the viewership. Season 1 saw some significant time among Netflix’s most-watched shows, even ranking at the very top of Netflix’s Daily Top 10, but Season 2 didn’t see the same love. It broke into the Daily Top 10 as well but never got higher than number 5. For a show as ambitious as Space Force with a budget of around one million per episode in its first season, that didn’t bode well given the streamer’s tendency of pulling the plug on relatively unprofitable properties.

Daniels is still tied at the hip with Netflix despite the show’s cancellation though. He’s working on the animated comedies Exploding Kittens and Bad Crimes for the platform.

Kingdom Hearts Reviews Are In, Here’s What Critics Are Saying

Someone is doing a Stanley Parable demake in Quake