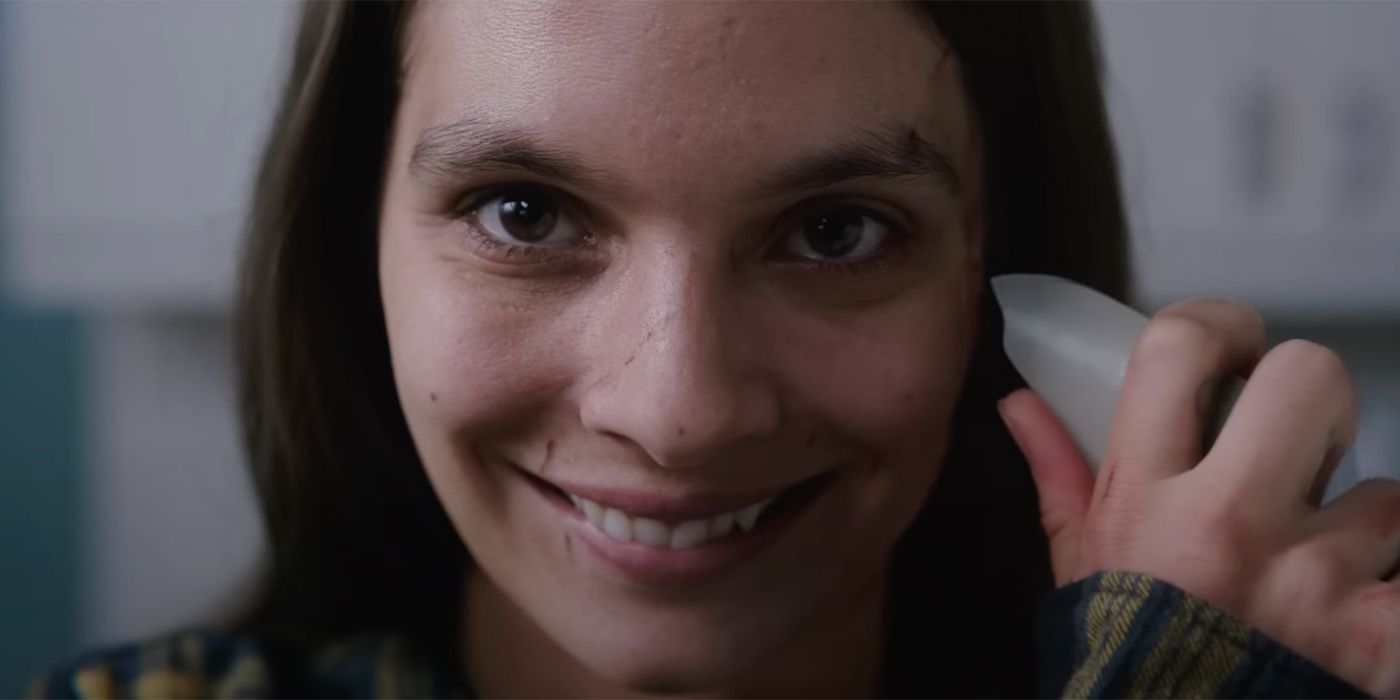 The enigmatic trailer for Paramount Player’s forthcoming film Smile is filled with unsettling and creepy grins, attracting interest with its compelling yet mysterious premise. The trailer initially asked the question, “What makes you smile?” and soon displays Dr. Rose Cotter (Sosie Bacon) in a seemingly unnerving situation. Previously under the working title, Something’s Wrong With Rose, the trailer shows Rose walking across the hospital room where she encounters a man unusually smiling widely.

Rose started experiencing unexplainable menacing occurrences after witnessing a traumatic incident involving a patient. In order for her to survive and escape her “horrifying new reality,” Rose must face her disturbing past while an immense terror starts to take over her life.

The upcoming film is an adaptation of the 2020 short film by Parker Finn titled Laura Hasn’t Slept. The short film won the SXSW Film Festival’s special jury recognition Midnight Award and received critical acclaim upon its release. The feature-length film was also written and directed by Finn, and it follows “a psychiatrist plagued by what she believes to be something supernatural.” Caitlin Stasey played the titular character in the short film and while the feature film still features Stasey, Bacon will take over the lead role.

RELATED: The 10 Best Standalone Horror Movies That Never Got a Sequel

The new trailer follows Bacon as she tries to track down the source of the unsettling smiles and gruesome murders. The actress started her acting career in the 2005 film Loverboy, alongside her mother Kyra Sedgwick, directed by her father Kevin Bacon. She rose to fame in the Netflix teen drama series 13 Reasons Why, where she played the character of Skye Miller. Bacon also starred in Wes Craven’s Scream franchise-based anthology series Scream: The TV Series. Alongside Kate Winslet, she also played Carrie Layden in the HBO’s Emmy-winning crime drama Mare of Easttown.

Arriving in theaters on September 30, Smile is just in time for the countdown to Halloween with its eerie and frightening plot. It has been rated R for severe violent material, gory visuals, and language. Check out the chilling trailer and poster down below.

How to build the best Call of Duty: Vanguard Marco 5 class

YouTuber designs cursed, massive Fortnite versions of Among Us crewmates