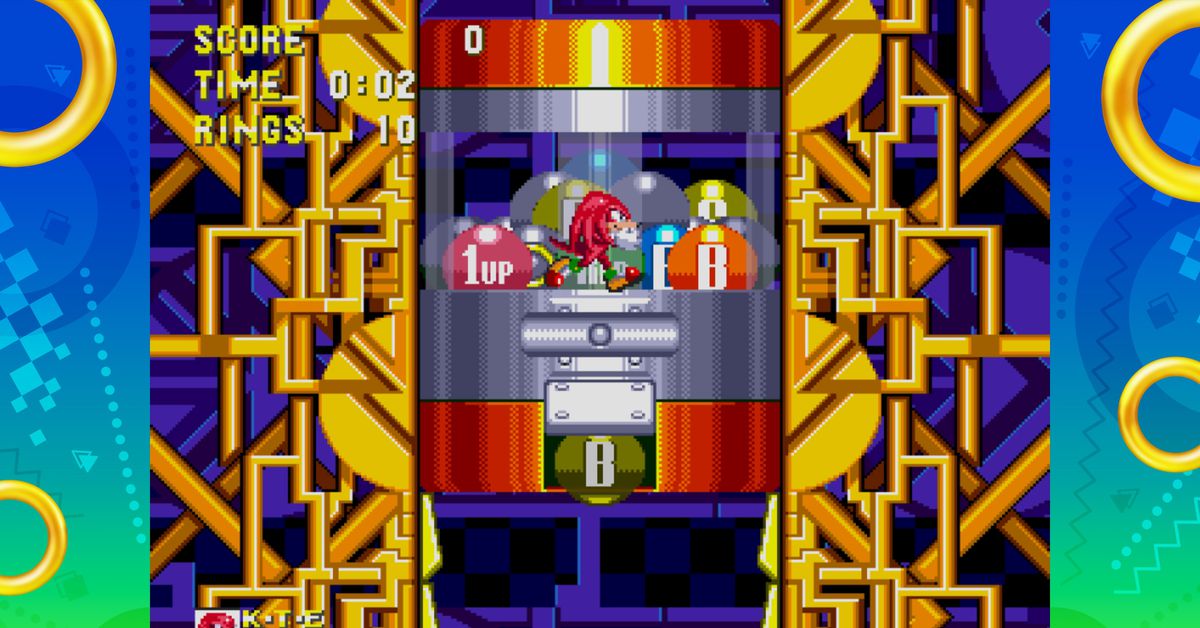 Sonic Origins, a compilation of four classic Sonic the Hedgehog games, is out today, giving Sega fans a chance to revisit the mascot’s 16-bit era. It’s an authentic experience, with one exception: Some of the music that many Sonic the Hedgehog 3 and Sonic 3 & Knuckles players experienced on the Sega Genesis back in the ’90s isn’t included in the new collection. Instead, Sega swapped in different tracks that are a combination of old and new work.

That’s because some songs from Sonic the Hedgehog 3, as it was originally released, were composed by the late singer Michael Jackson and keyboardist Brad Buxer. According to Buxer, Jackson was not happy with Sega’s implementation of his songs, and later releases of Sonic the Hedgehog 3 included a different set of music tracks. Sega itself has never officially confirmed details about Jackson’s involvement in the Genesis game (he’s not officially credited in any version of the game), leading to speculation that Sonic 3’s music rights are fraught.

But on Thursday, former Sonic Team lead Yuji Naka — who was lead programmer on Sonic the Hedgehog 3 — outright confirmed on Twitter that Jackson contributed music to the game. It’s been a longstanding rumor and hinted at in the past by other former Sega developers, but Naka would be in a position to know.

Re-releases of Sonic the Hedgehog 3 on other platforms and in other compilations have swapped in music tracks from a prototype version of the game. But for Sonic Origins, Sega went a step further, recruiting longtime Sonic the Hedgehog composer Jun Senoue to modify Sonic 3’s original prototype music for the collection, according to Sonic social media manager Katie Chrzanowski.

“While unfortunately we can’t use all of the original sounds from the Sega Genesis version of the game, Jun Senoue’s been working really hard to adapt the original music that was composed in 1993 for Sonic Origins,” Chrzanowski said in a video Q&A. “He’s been going so far as reproducing it with the same sound chip from the Sega Genesis and using his own digital audio tape collection to make this as faithful to the originals as possible.”

As seen and heard in the excellent video below from GameXplain, the Jackson-Buxer tracks have been removed, and replaced with Senoue’s recreated tracks.

It’s certainly a creative solution to an issue that has vexed Sega and Sonic fans for decades, and likely the most authentic way to address what has been something of an urban legend. But that doesn’t mean that Sonic the Hedgehog fans are happy with it; response to the updated prototype music has been widely negative.

Sonic Origins is out now on Nintendo Switch, PlayStation 4, PlayStation 5, Windows PC, Xbox One, and Xbox Series X. The collection includes the original Sonic the Hedgehog, as well as sequels Sonic 2, Sonic 3 & Knuckles, and Sonic CD.