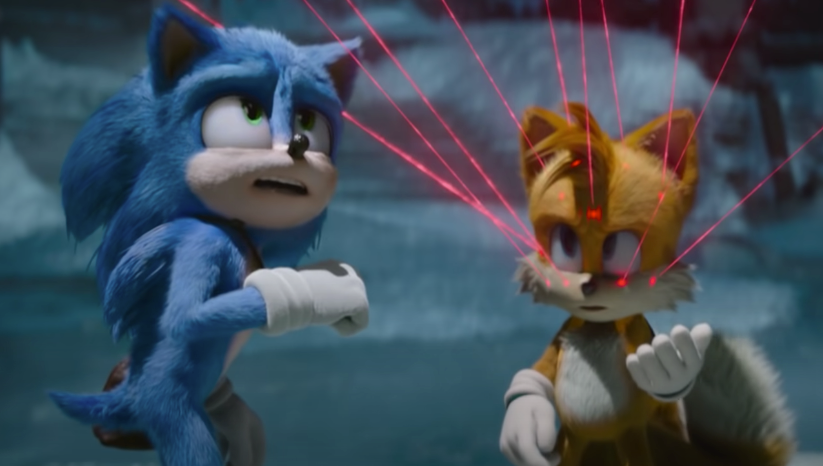 Paramount’s Sonic the Hedgehog 2 has surpassed the 2020 original to become the highest-grossing video game movie of all time in the United States. Actor Ben Schwartz, who plays Sonic in the series, relayed the news on Twitter, and further mentioned how the movie remains in theaters and keeps making more money.

“This little blue guy is still going!! Ahhhh!!!!” he said of the box office results.

#SonicMovie2 has officially passed the domestic box office total of the first #Sonic film, officially making the sequel the highest domestic grossing movie based on a video game of all time. AND THIS LITTLE BLUE GUY IS STILL GOING!!! AHHHH!!!! pic.twitter.com/H3YOr3DIeb

Schwartz might have seen some early numbers, as figures posted on tracking site BoxOfficeMojo say Sonic the Hedgehog 2 has made $148,850,937 at the US box office compared to $148,974,665 for the 2020 original. It’s not a big difference and could be due to late reporting, or any other possibility.

Globally, it’s a different story. The Warcraft movie remains the highest-grossing movie based on a video game by far, bringing in more than $439 million. It stumbled in the US, however, making only $47 million.

Paramount is moving ahead with a third Sonic movie, but star Jim Carrey–who plays Robotnik–has said he may retire from acting. The movie could still go ahead without Robotnik, though producers said recently that they would never recast Carrey. In addition to a third movie, Paramount is making a Knuckles TV series. This is all part of the Sonic movie cinematic universe that is now underway.

As for the Sonic video game series, Sonic Origins launches in June featuring remastered versions of four previous Sonic titles. Ahead of that, Sega is delisting some of the games within the package.

Pokémon not evolving in Pokémon Scarlet and Violet

James McAvoy on Where His X-Men Franchise Went…