Something Is Wrong With The Dreaming 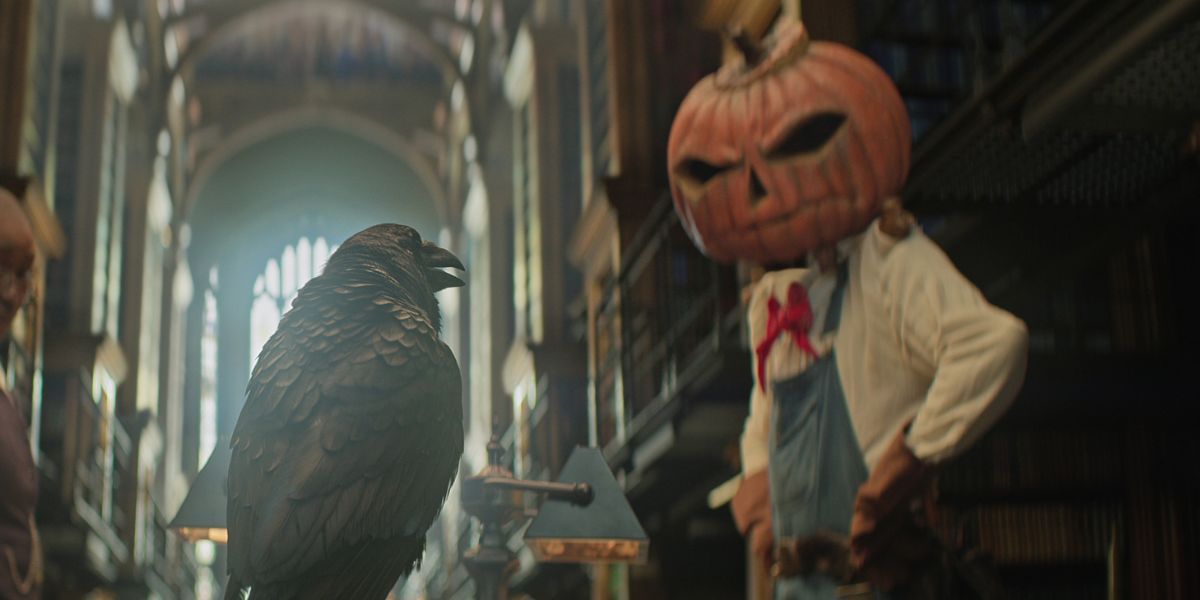 Collider is pleased to share an exclusive clip from Netflix’s The Sandman, a live-action series adaptation of Neil Gaiman’s beloved comic books. The new clip shows how the upcoming series will adapt The Doll’s House storyline while teasing the extended role of fan-favorite character Mervyn Pumpkinhead, voiced in the series by Star Wars legend Mark Hamill.

In the new clip, Mervyn finds Dream (Tom Sturridge) while trying to report seismic activities that threaten to destroy Dreaming. In the comic books, Dream, also known as Morpheus, is both the monarch who rules over the Dreaming and the personification of all living beings’ ability to wonder, imagine, and hope for a better future. During The Doll’s House storyline, Morpheus must face the destructive force of a human capable of shattering the barriers between dreams. This action can harm the Dreaming and eventually kill everything who gets trapped in their slumber, forcing Morpheus to do whatever it takes to prevent such a disaster. As the clip shows us, the series will be faithful to the comic books, with the same life-ending menace showing up.

What’s more curious about the clip is the presence of Mervyn. In comic books, the character is not part of The Doll’s House storyline. However, it makes a lot of sense to include Mervyn there because he’s the janitor of the Dreaming, responsible for building and demolishing entire sections of the oneiric dimension and helping Morpheus to keep the place tidied up to receive the minds of the sleepers. Since the series has the time to expand the universe created by Gaiman, it’s great to see they are giving canon characters more space in the spotlight.

RELATED: ‘The Sandman’ Cast and Neil Gaiman Reveal Which Episode They’re Most Excited For People to Watch

The Sandman is executive produced by Gaiman, David S. Goyer, and Allan Heinberg, with Heinberg also serving as the Season 1 showrunner. The first season of the series will adapt Preludes & Nocturnes and The Doll’s House, the first two volumes of Gaiman’s ten-volume collection of stories. Netflix didn’t renew the series for a second season yet, but The Sandman’s creative team is already working on scripts for Season 2.

The Sandman comes to Netflix on August 5. Check out the exclusive clip below: