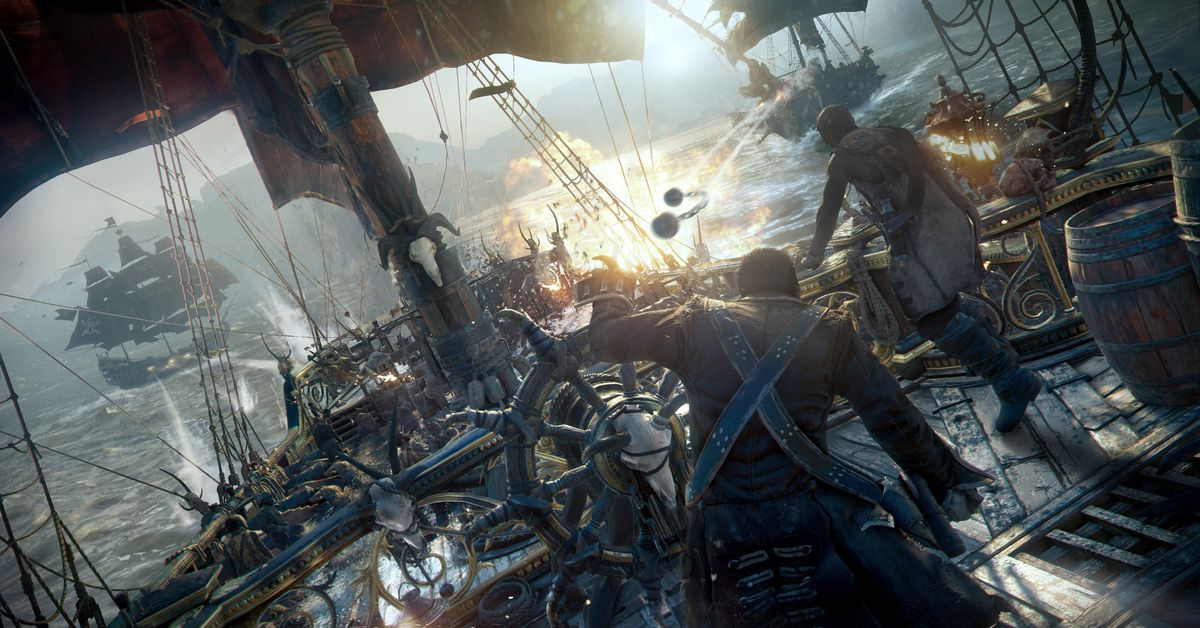 Ubisoft Singapore’s Skull & Bones has been a long time coming. Announced at E3 2017, the pirate adventure has been delayed for several years; the most recent update from Ubisoft came in September 2020, more than 18 months ago.

Skull & Bones finally resurfaced on Friday, when a Redditor posted a leak showing six minutes of gameplay — describing it as a tutorial video “meant for Alpha testers” — detailing the game’s “infamy” system as well as features like crafting. Ubisoft confirmed to Polygon that the leak is authentic.

The leaked footage comprises a narrated tutorial video that goes over the infamy system, which tracks your reputation as a pirate. As you rank up your infamy, you’ll get access to new opportunities like the ability to build better and cooler-looking ships. To level up, you will be able to make “high-risk, high-reward” contracts with NPCs in the game, the narrator says, as well as explore, plunder, and complete world events.

In addition to exploring on land, you’ll be able to set sail and board other ships — Skull & Bones is a pirate game, after all. The video emphasizes survival elements and the importance of keeping your ship well stocked. If you don’t feed your crew enough, they will just straight-up rebel and kill you. According to the video, crafting is an “essential” part of the game that will allow you to upgrade your ship’s stats, like attack damage and HP.

Asked for comment on the leak, a Ubisoft representative confirmed to Polygon that the footage comes from an “early version” of Skull & Bones:

We can confirm this is a glimpse of our upcoming game Skull & Bones. Recently, we ran a technical test for the game and some of its details became public. This video footage was taken from an early version of the game and doesn’t reflect the quality and features of the final game. We’ll share more details about the game soon.

Skull & Bones’ development has been plagued with setbacks. It was first shown at E3 2017 and has since been delayed several times. The game was originally supposed to come out in 2019, and then got pushed to 2020. It’s 2022 now, but it looks like this ship might finally be ready to set sail.

So far, there’s been no substantive update on Skull & Bones from Ubisoft. However, the game’s official Twitter account posted a brief clip this morning with the text “Keep your eyes on the horizon…” and a desert island emoji. It’s only the second tweet from the account since the aforementioned development update in September 2020.