Sister Ann Is the Chosen One 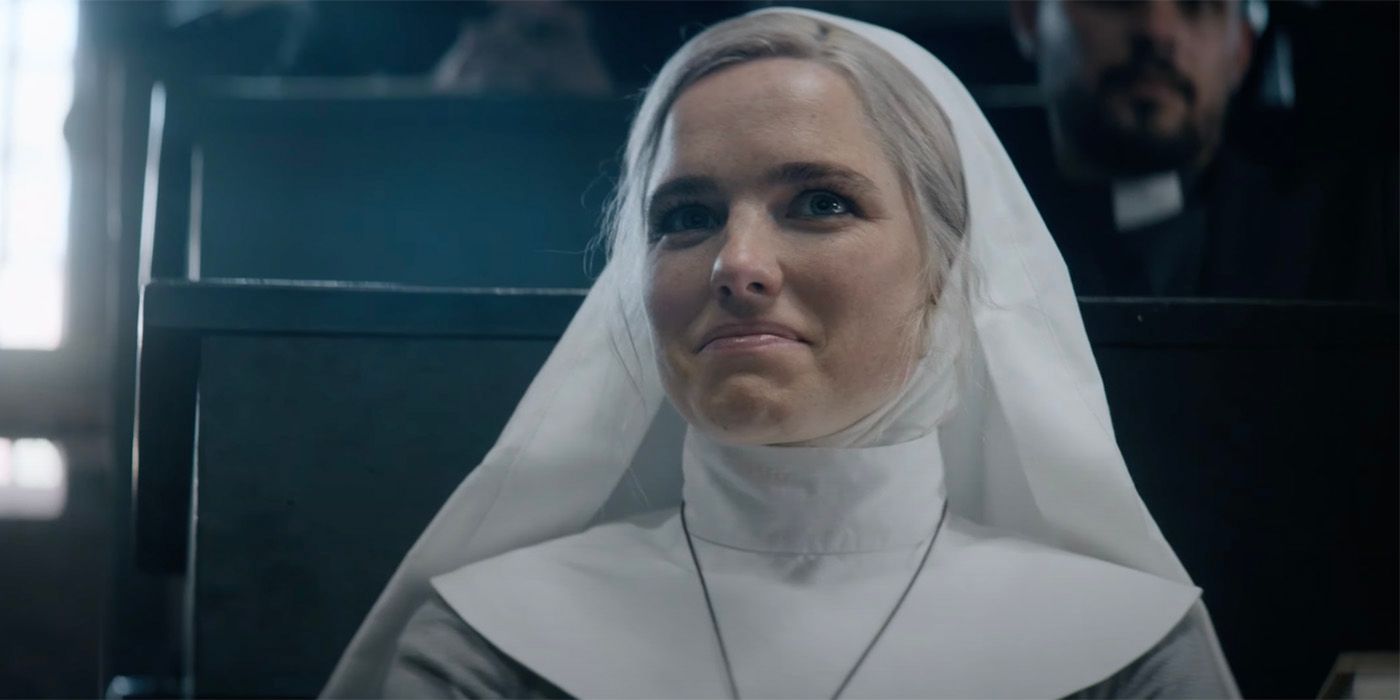 Sister Ann (Jacqueline Byers) is the chosen one to save the world from the global rise in demonic possession but by whom, God or the devil? The new trailer of Prey for the Devil poses an interesting question. The new footage establishes Ann’s “calling to help people” and showcases her bond with a young girl, who is said to be possessed by an evil entity. In order to help her and others, we see the protagonist studying at St. Michael the Archangel School of Exorcism, since only men are allowed to exorcise demonic spirits, she’s the only female there because of her gifts. With plenty of jump scares and mind-bending truth about Ann’s past, the movie looks like a great watch for the spooky season.

The real question is who the evil spirit wants to possess as Ann’s mother too was possessed by a demon throughout her life. Given her gifts, Ann is at the frontline of the spiritual warfare, and given her past the demons seem to be returning for her soul. While most exorcism features like The Exorcist, and the first The Conjuring movie see a woman being the victim of these demonic possessions, Daniel Stamm’s feature puts a refreshing spin on the tradition with Ann clearly set up as the hero in this tale.

The suspense and drama are quite evident in the trailer, and it’ll certainly make an interesting watch that packs faith, spirituality, and demonic themes together in one terrifying package. The German director has already shown his ability to handle supernatural subjects with features like 13 Sins and The Last Exorcism.

RELATED: ‘Prey for the Devil’ Director Reveals How the Religious Horror Bucks Tradition

Prey for the Devil is out on October 28. Meanwhile, you can check out the new trailer and synopsis below:

Sister Ann (Jacqueline Byers) believes she is answering a calling to be the first female exorcist… but who, or what, called her? In response to a global rise in demonic possessions, Ann seeks out a place at an exorcism school reopened by the Catholic Church. Until now these schools have only trained priests in the Rite of Exorcism – but a professor (Colin Salmon) recognizes Sister Ann’s gifts and agrees to train her. Thrust onto the spiritual frontline with fellow student Father Dante (Christian Navarro), Sister Ann finds herself in a battle for the soul of a young girl, who Sister Ann believes is possessed by the same demon that tormented her own mother years ago. Determined to root out the evil, Ann soon realizes the Devil has her right where he wants her.

How to Build Maine From Cyberpunk Edgerunners in Cyberpunk 2077