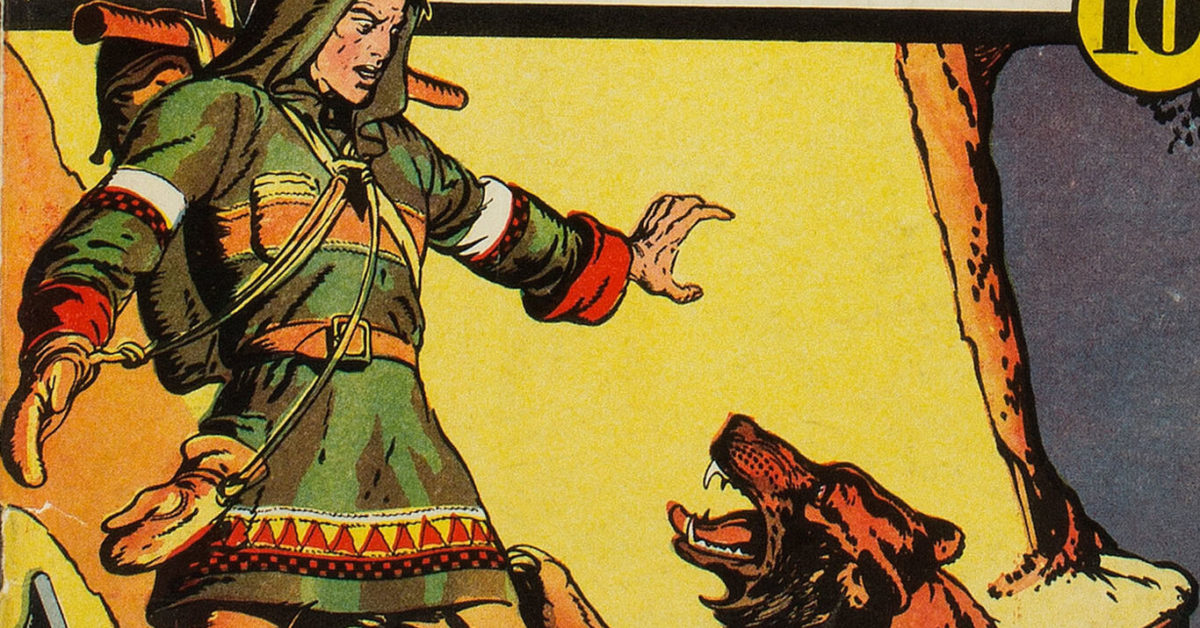 More Fun Comics #45, cover-dated July 1939 (and on the newsstands that June), hit the newsstands at an interesting time for DC Comics and the comic book publishing industry at large. Action Comics was on issue #15 at the time, having debuted Superman over a year prior. Detective Comics #29 was featuring Batman on its cover for just the second time, and Adventure Comics #40 was just introducing Sandman that month as well. More Fun Comics itself was seven issues away from debuting the Spectre, and had only turned towards serious adventure covers for a handful of issues by this time. Late 1939 was a turning point for the industry and for DC Comics itself, and you can get an affordable example of this historic moment with More Fun Comics #45 (DC, 1939) Condition: Apparent GD up for auction at the 2022 May 15-16 Sunday & Monday Comic Books Select Auction #122220 at Heritage Auctions.

The cover of a mountaineer being attacked by a bear on More Fun Comics #45 by artist J.R. Flanagan does not reflect any specific interior story from this issue. Like most of Flanagan’s six covers for the title from 1939, it’s just meant to be a basic adventure cover. The interior stories ranging from Wing Brady by Tom Hickey to Detective Sergeant Carey by Joe Donohoe certainly run the spectrum of adventure stories. But it’s the Radio Squad story by Superman creators Jerry Siegel and Joe Shuster that highlights this issue. Inspired by the 1934 comic strip Radio Patrol and Tim McCoy, Police Car 17 film from the same year, Radio Squad debuted in More Fun Comics #11 under the title “Calling All Cars.”

More Fun Comics #45 is part of the mid-1939 magic moment during which the fledgling comic book field turned from a tentative collection of titles into an ongoing industry. It also contains important content by Superman creators Jerry Siegel and Joe Shuster. You can get an affordable example of this history with More Fun Comics #45 (DC, 1939) Condition: Apparent GD up for auction at the 2022 May 15-16 Sunday & Monday Comic Books Select Auction #122220 at Heritage Auctions.

DEEEER Simulator getting a physical release on Switch in the west