Severance Review — When Work/Life Balance Is Mandatory, Things Get Weird 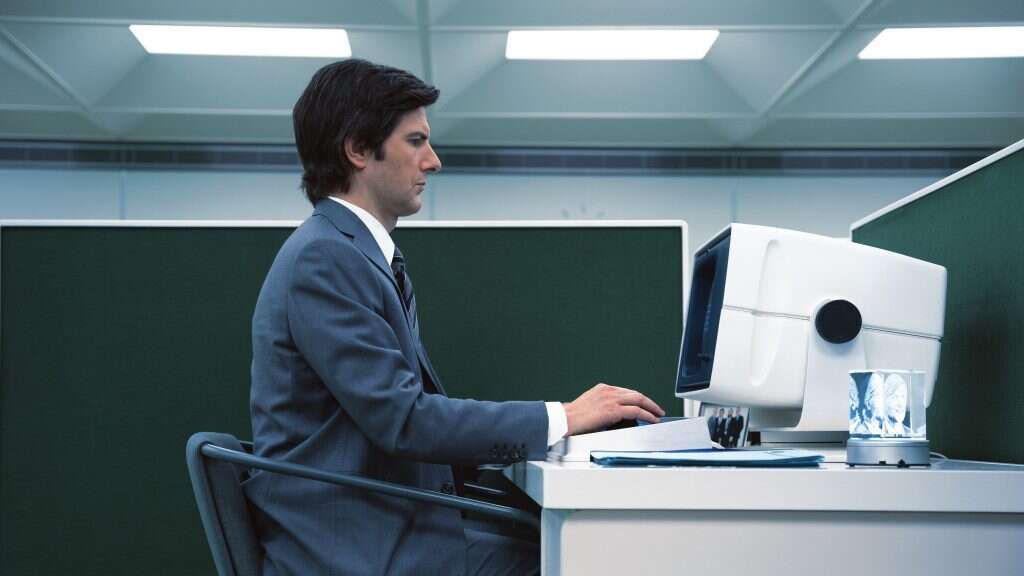 While the subgenre may be microscopic in comparison to many others, the bubble of “corporate horror,” or horror stories that zero in on the surreal brutality of things like mega corporations or faceless bureaucracies, are pretty easy to identify when you see them. This is exactly the case for AppleTV’s latest series, Severance, which boasted some unsettling trailers with a mysterious hook: What if you could literally separate your work life from your personal life with a surgical procedure? Unsurprisingly, the answer to that question is “a lot of really messed up stuff would happen,” which is exactly what we see unfold across Severance’s first season run.

Starring Adam Scott (Parks and Rec) with Ben Stiller directing more than half of the nine episode season, Severance is about a shadowy corporation called Lumon that has pioneered the titular process. Severance, in the world of the show, is a surgical procedure in which a chip is implanted in an employees brain (don’t worry, the employees have to volunteer) which literally bifurcates their brain into two different identities. While in the office, the work brain identity–colloquially called an “innie”–is active. After leaving work, the outside brain identity, or “outie” is active. Inside the building, the innie personality cannot access any memories of the outie’s life and vice-versa.

If this didn’t already sound bizarrely dystopian enough, Lumon itself is about as mysterious as a company can get. The employees who have undergone the severance procedure have done so under the idea that their new jobs on the “severed” floors of the company are allowing them access to extremely privileged information and that the act of severing is actually a massive security protocol–with the added “benefit” of allowing them to preserve their work-life balance completely–but the truth is, no one actually knows what Lumon does or what their jobs are actually part of. The inside of Lumon is a featureless, sterile maze of hallways that seem unstuck from the laws of physics. Departments are kept extremely alienated from one another. The jobs themselves are esoteric at best. On the inside, severed employees are subjected to a bizarre sort of corporate dogma that feels less like an employee handbook and more like a cult doctrine (and is often referenced with all the reverence of a religious text).

Put plainly, it’s weird. But, because the outside personalities are completely unaware of this weirdness, they continue to come back to check out of their brains for 8 hours a day, leaving their innie personalities to suffer through the unreality of it all. This all makes for some majorly existential questions about the nature of personhood and agency which will undoubtedly feel a little familiar to fans of shows like Westworld or movies like Blade Runner. But, thankfully, Severance manages to put an interesting and infinitely more complicated spin on things by otherwise avoiding the tried-and-true sci-fi tropes that usually accompany these themes. Severance’s world is completely free of things like robots or clones. The ethics of AI or creating artificial life aren’t in question because the lives of “innies” and “outies” aren’t artificial at all. They’re not even that distinct from one another.

While this sounds extremely heavy and dramatic–and, rest assured, there’s plenty of genuine horror to go around–Severance really shines in its ability to duck and weave between tones and genres on the fly. Scott’s character, Mark, threads the needle between the lovable dork archetypes he’s become known for and something much darker and more tragic. Meanwhile, his coworkers–played by Zach Cherry, Britt Lower, and John Turturro, as well as their supervisor played by Tramell Tillman–all gracefully walk the line between Office Space style workplace comedy and corporate thriller.

All of which is to say that, while yes, the show is extremely dark–and, more than once, actually pretty violent, it’s also surprisingly hilarious. There’s a lot of direct satire to chew on here, and the vast majority of it is extremely effective. A recurring gag, for example, is Lumon’s use of “prizes” to incentive workers, like “waffle parties” or “MDEs” (music dance experiences, where a supervisor wheels in a record player and allows an employee to listen to five minutes of music of their choice.) Finger traps and pencil erasers are given out, despite the fact that there are no pencils allowed at Lumon. There’s an entire program dedicated to “wellness” which amounts to a points-based talk therapy session where the employees themselves aren’t allowed to talk at all. It’s cartoonishly overblown, sure, but no doubt uncomfortably familiar to anyone who has ever worked a 9-to-5 office job for a company that is proud of its “culture.”

Special recognition also deserves to be given to Michael Chernus, who plays Mark’s brother-in-law. He’s an unsevered, insufferably pretentious self help guru who provides a vehicle for some of the show’s funniest moments both inside and outside of Lumon.

And, critically, rather than distract from the horror of it all, these gags serve to expertly compound it, especially as things begin to slowly unravel and the dread of the situation begins to become unavoidably obvious.

If Severance has any major stumbling blocks, it’s in the fact that the show–with so much to say about people’s cult-like devotion to corporations–also happens to be on an Apple-owned streaming service. This particular irony isn’t really a fault of the Severance itself, but it does render a handful of its more scathing criticisms aimed at corporate America a little toothless in the process.

Still, if you can overlook that particular minor hangnail–and the fact that this is very much a first season, in that the bigger story arcs and questions are left very much unanswered by the finale–Severance is well worth your time. With any luck, the show will continue for a second season and beyond with the same team behind and in front of the camera.

Top 20 Most Popular Anime of All Time, Ranked

Smile Review: This Super Twisted Jaw-Clincher Is Another 2022 Horror Win