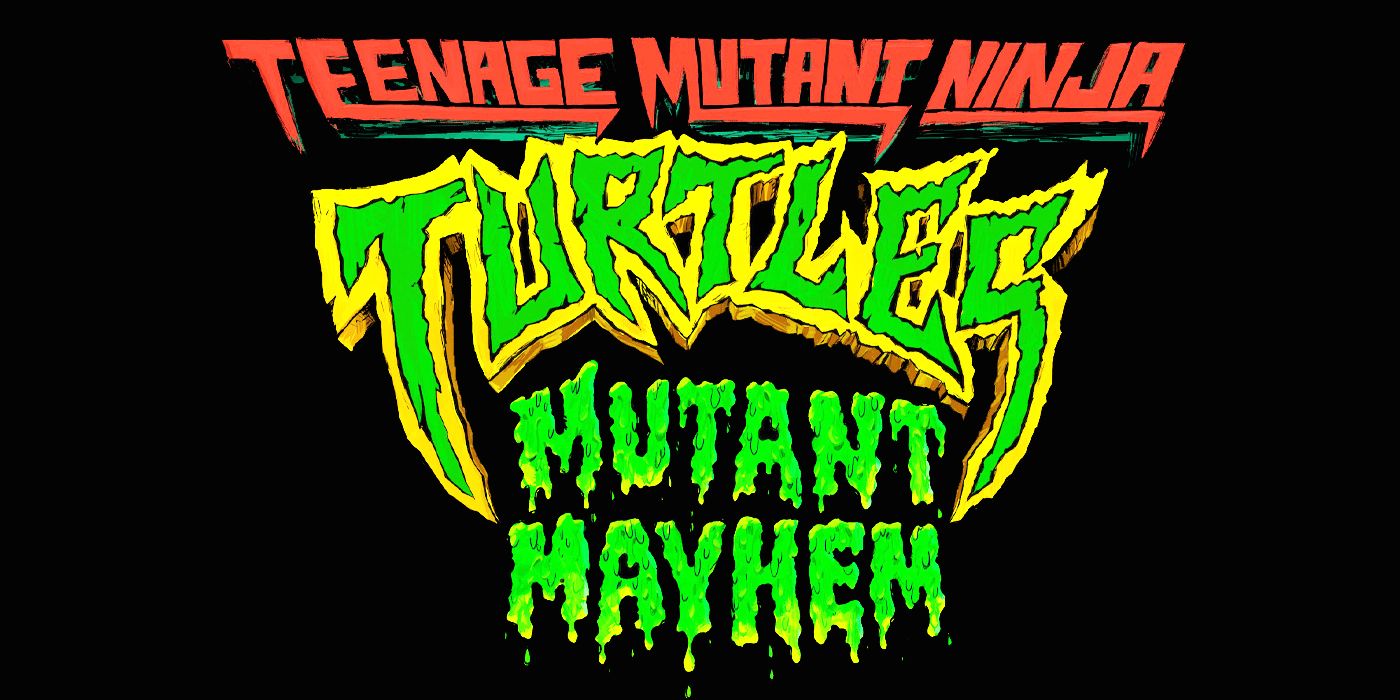 A year before it’s expected to emerge onto the big screen, Seth Rogen‘s animated Teenage Mutant Ninja Turtles film finally has a name. The announcement came with a brand-new logo reminiscent of the classic cartoon with bright red text and the word turtles drawn in green with a cracked, sharp style reminiscent of graffiti. Below that is the title of the film dripping with green toxic sludge as if it was just pulled out of the sewers – Mutant Mayhem.

Rogen’s film keeps it simple and thematically on point with the title, teasing the action to come in the Turtles’ latest outing in theaters. While it looks just fine against a simple black background, the new logo really pops as part of a special mural that was also made for the film. Against a purple background with crude graffiti of the turtles and classic phrases like “Turtles Rule” and “Heroes in a Halfshell,” it oozes nostalgia and sets up the animated feature as a return to the franchise’s roots. It certainly implies a departure from Michael Bay‘s grittier live-action Turtles films.

Mutant Mayhem has come a long way since starting off as a follow-up to Bay’s TMNT franchise. Rogen and his Point Grey Pictures picked up the film back in 2018 and opted to make it a CGI animated feature instead. It’ll be the first time the Turtles have made it back to the big screen since 2016 when Bay released Teenage Mutant Ninja Turtles: Out of the Shadows, assuring that the franchise is still alive and well. As an expert on the coming-of-age story, Rogen said in an interview with Collider that he wanted to use this iteration of the turtles to focus on the teenage part of TMNT, showing how Michelangelo, Donatello, Raphael, and Leonardo come into their own.

Rogen and his The Boys partner at Point Grey Evan Goldberg are producing Mutant Mayhem along with James Weaver. Fresh off of a successful outing directing The Mitchell’s vs. the Machines, Jeff Rowe will direct the film from a script written by Brendan O’Brian. Cast members for the film are still unknown, but there’s already loads of talent among the crew currently on board.

TMNT fans have had a lot to say “Cowabunga!” to lately. Alongside Rogen’s film, a new movie in the Rise of the Teenage Mutant Ninja Turtles universe releasing on Friday, August 5 while Paramount is in the midst of creating some villain-centric films, giving spotlights to everyone from Shredder to Bebop and Rocksteady, and all bad guys in between. On the video game front, the Turtles have finally gotten a worthwhile sequel to the classic arcade beat-em-up with Teenage Mutant Ninja Turtles: Shredder’s Revenge which pays homage to the classic cartoon and brings back the old voice actors.

Teenage Mutant Ninja Turtles: Mutant Mayhem is slated for August 4, 2023. Check out our interview with Rogen below: