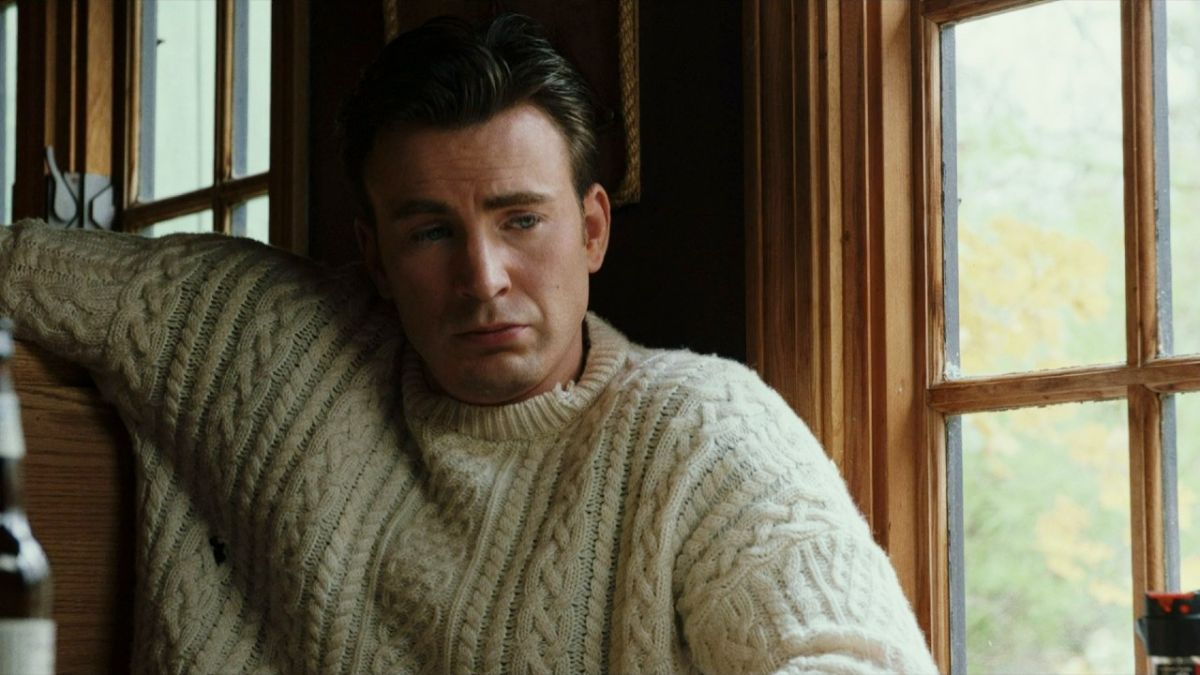 Which Chris is the best Hollywood Chris is the age-old question. Pine doesn’t lead a Marvel superhero franchise like the other Chrises, so he may seem like the underdog. Heck, he even said as much. But he has Star Trek and tons of talent. Hemsworth is funny and chiseled like the god he is famous for playing–seriously, have you seen this man’s workouts? Pratt also has the face of a leading man and the charm, not to mention he has funny best-friend vibes. See, this is so hard! But what does People’s Sexiest Man Alive (that’s going to give him a leg up in the debate), Chris Evans, think about the best Chris discussion? You can see him deftly dodge the question for yourself.

People posted an interview on their Instagram with the actor, who sat down for a “this-or-that” style interview with the magazine. The Captain America actor was asked to choose between two competing things. He had no problem answering “Netflix and Chill” when picking between that answer or “the Red Carpet.” It was also relatively easy for the Boston Born actor to decide between the Red Sox or The Patriots–he chose the Patriots. However, there was one “this or that” question he emphatically refused to answer. That was between his Avengers: End Game costars Chris Pratt and Chris Hemsworth. You can see the actor’s hilarious response below

That’s a way to be a friend, just pass on the answer! This of course, wasn’t the only question he passed on. He also refused to pick between Ryan Reynolds and Ryan Gosling. The actor said it was a tough call before ultimately passing:

That’s an appropriate and poetic response by the Avengers star because Reynolds himself had a hilarious reaction to who is the hottest Chris. Reynolds chooses his favorite Chris the same way he chooses ice cream, with a scoop of each. So in a world with Neapolitan ice cream and all the greatest Chrises, we may not need to choose.

One answer the star didn’t shy from, which might get some Marvel fans up in arms, was between The Scarlet Witch and The Black Widow. Though the actor admitted it was impossible to choose, he settled on The Black Widow.

The answer doesn’t sound so “impossible,” after all, Chris. Though Black Widow is not an all-out villain like The Scarlet Witch’s turn in recent years. Also, Evans’s return as Captain America and Scarlett Johansson’s as Black Widow in any upcoming marvel movies is relatively unlikely, considering where the two characters’ story arcs have ended. Black Widow may have been an easy and safe answer for the actor.

No matter where your opinion falls in the “which Chris is the best” debate, it might be worth noting all the times Evans has been a real-life Captain America. Seriously the guy is the best. But, despite that, my money is still on Chris Pine. What can I say? I’m not Ryan Reynolds. I like my ice cream with three scoops–all chocolate–and I like an underdog.

On streaming, you can watch all the Chrises in their respective Marvel films (except Pine). All you need is a Disney+ subscription. For all your movie-going plans, stay tuned to CinemaBlend and check out our list of upcoming movie releases.

John Leguizamo Speaks Out Against Mario Movie For Lack Of Diversity

Superboy: Losin’ It is Fun ’90s Nostalgia with a Dash of Attitude