See Brendan Fraser Step Onto The Red Carpet With The Whale Cast, Two Of His Sons Ahead Of Awards Season 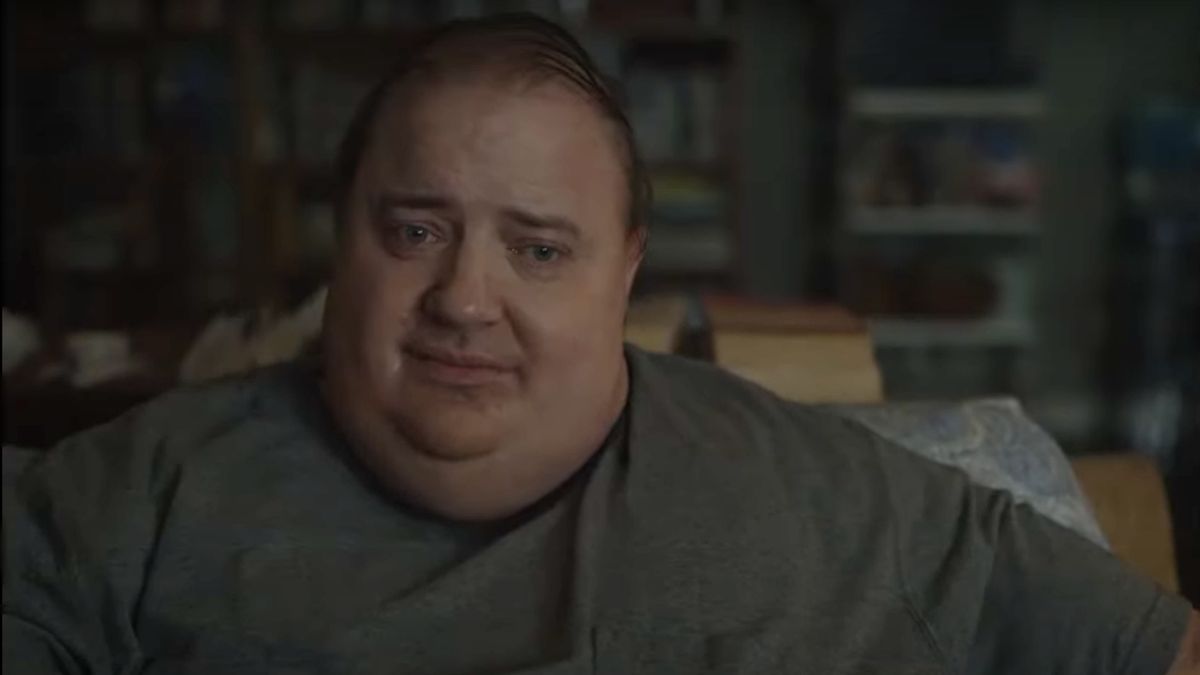 As Brendan Fraser’s critically-acclaimed The Whale performance enters Oscar season, the actor is sharing the experience with his children. Though, they’re not exactly kids anymore. As Fraser posed alongside two of his three sons, who all attended a New York City screening of The Whale on Tuesday evening, you can see they’re all grown up.

In a rare public outing with his family, Brendan Fraser’s youngest sons, 18-year-old Holden and 16-year-old Leland walked the carpet with their famous father. Not hard to tell their dad is a movie star, is it?

His eldest son, 20-year-old Griffin was missing from the photo op. As Fraser has opened up recently to Interview Magazine, Griffin is on the autism spectrum, 6’5 and lives with obesity. In The Whale, Fraser plays a 600 pound man named Charlie who seeks to reconnect with his teenage daughter, played by Sadie Sink. In Fraser’s words:

Fraser had his three sons with ex-wife Afton Smith, who he was married to for nine years before they got divorced in 2007. The star of The Mummy movies was with his longtime partner, makeup artist Jeanne Moore, at the screening in addition to his sons showing support.

The 53-year-old actor also shared the night at Alice Tully Hall with the filmmakers and cast, including director Darren Aronofsky. The Whale was first screened at the Venice Film Festival in September, where the movie was welcomed with a six-minute standing ovation that left Fraser emotional and in happy tears.

When reflecting on the moment, Fraser called the appreciation for his performance in that moment “powerful’ stuff. As Brendan Fraser’s performance in The Whale gets all this acclaim, people are calling this moment in his career the “Brennaissance”. The actor is also set to star in Martin Scorsese’s next movie, Killers of the Flower Moon and would have been the villain of Batgirl, had it not been cancelled by Warner Bros.

Brendan Fraser is currently No. 1 in expert predictions for Best Actor at the Oscars, per Gold Derby. As The Whale trailer also showcases, tons of critics are raving over the movie, calling Fraser’s performance one that is “gutting,” one that will “floor” you and an “utter triumph.” Since the movie centers on a father’s relationship with his child, it’s great to see his kids part of his most recent The Whale event. You can catch the 2022 movie release in theaters on December 9.