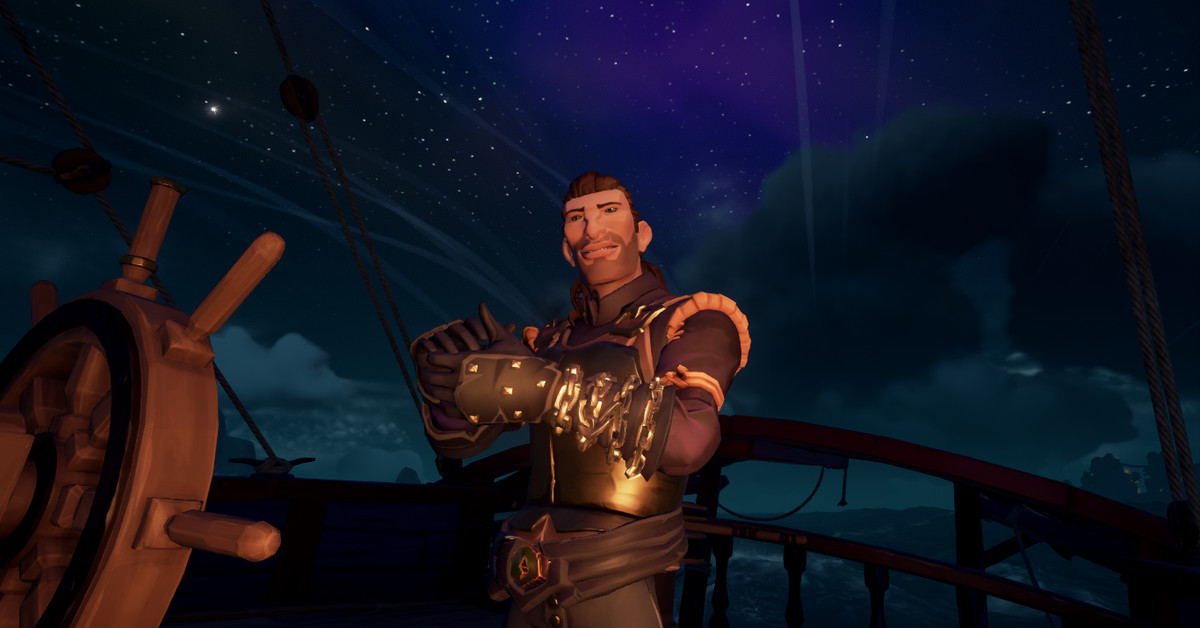 Sea of Thieves is a very cooperative game that has players work together to man their very own pirate ship. The game’s newest update, Captaincy, is launching alongside season seven for the online sandbox. In Sea of Thieves, players keep their same core stats and don’t buy upgrades; instead, they spend their plundered gold on cosmetic updates. Dressing up your pirate is very nice, but the Captaincy update takes that a step further and lets you have a ship that matches your preferences, from the captain’s quarters to the nameplate.

Players can collect trinkets, a new category of cosmetics, to leave paintings and knick knacks around. Of course, if you get into a sea battle, everything will get knocked around so you’ll have to go back and gently replace it. Captains can also pick up planks, cannonballs, and other supplies at ports to make life on the seas a little easier.

Captains can also pick up special Captain’s Voyages with varying lengths and mission objectives, which means players can plot out their own quests and choose the length of their voyages. The new Sovereign faction will also only be open to Captains. Sovereigns hang out right next to the dock to buy your loot, which saves precious minutes — especially if you’re pursued by Reaper players, who might want your Captain’s Log Book to sell to the Reaper’s Bones faction.

Season seven also comes with a new plunder pass, allowing players to earn rewards. There are also lots of small changes like new skins for musical instruments, stools (so you can sit anywhere, which has no real gameplay benefit but is very nice,) and new emotes and anglerfish cosmetics in the Pirate Emporium shop,

The Captaincy update, and season seven, goes live on Aug. 4 and is free to all players.

Tales Of The Walking Dead Review – AMC’s Undead Spinoff Is Liberating, But Inconsistent