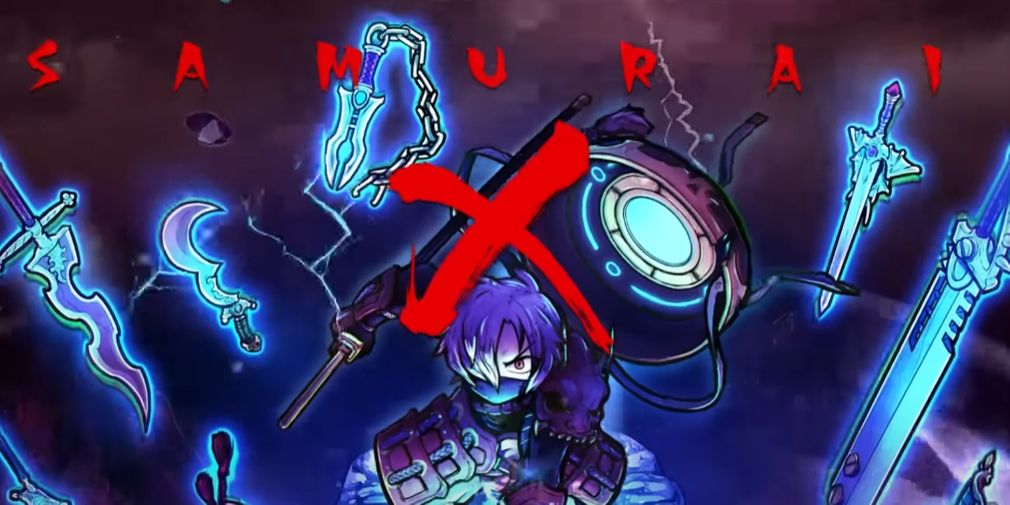 Developer Ignition M, who worked on RASPBERRY MASH and Cats the Commander, has announced the launch of their latest project – a 2D platformer action game titled Samurai X – X-Sword Style. Featuring a breakneck speed combat system, quasi-PvP elements, and some light RPG bits as well, this is a bit of a mishmash of ideas that seem to even out into a pretty enjoyable and not too demanding experience.

The real highlight of Samurai X is for sure the interesting combat. While mechanically speaking, it’s not demanding in the slightest, it does have some elements that require you to really consider your builds and what you’re up against. To begin with, fighting is done automatically, as all you’ll really be doing is controlling your character whilst they attack the enemy closest to them. Where the highlight comes in – and the reason the game is titled X-Sword Style – is that you’ll be gathering up swords as you kill and loot various foes, and can equip up to 10 of them. Each sword has a different ability and slashing style, stronger against certain enemies and weaker against others, so you really have to consider which you keep equipped.

Where those RPG-lite mechanics come into play is both in the building of your swords as well as the loot you’ll gather up as you journey onwards. You’ll unlock new upgrades like damage boosts, health buffs, and more as you slay foe after foe. This is yet another avenue through which you can really customize your play style and make your character your own. There’s also a small bit of cosmetic customization you can pull off as well, so there’s plenty of room for self-expression which is always a huge plus.

And finally, there is a bit of PvP as well. It’s not exactly player versus player in the sense that you’ll be attacking the opponent, but instead, you’ll both compete to see who can slay the largest number of enemies. So, really, it comes down to who has the best put-together build, which seems to be the primary focus of Samurai X.

All in all, Samurai X looks like a pretty well-put-together 2D action platformer experience with a bit of everything in there for fans of most genres. With that in mind, if you’re looking to give it a shot, you can find it for free on both the App Store and Play Store as well.

In the market for more fast-paced combat? Check out our best iOS action games!