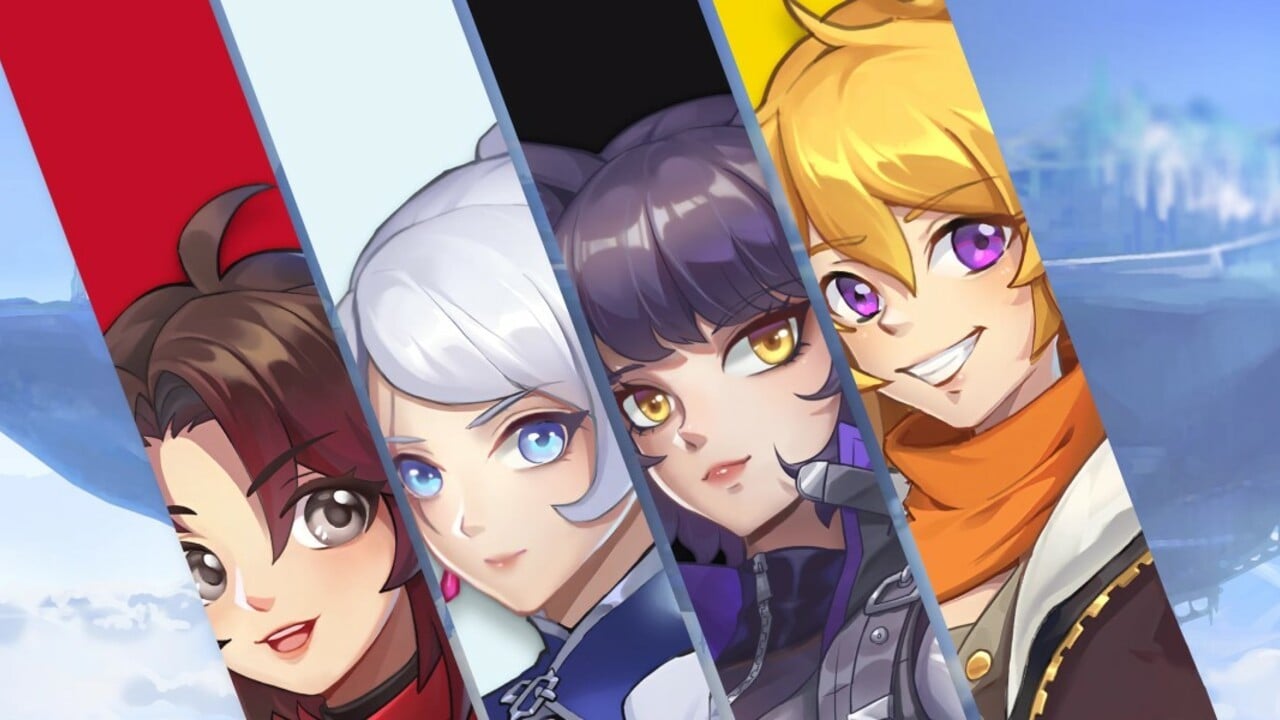 About a decade ago, Rooster Teeth launched a new anime web series called RWBY, which went on to spawn a reasonably successful media franchise. Yet—aside from a rather unfortunate hack ‘n’ slash game that bombed—RWBY’s only representation in video games consisted of a handful of mobile games and cameo appearances. In an effort to change this, a new project called RWBY: Arrowfell was announced in 2020, led by WayForward and Arc System Works. Now, nearly two years on, the game has finally seen a release and, well… it’s alright. Those waiting for the RWBY series to finally get a great video game adaptation will just have to keep waiting, but RWBY: Arrowfell is still a decent, if flawed, game.

RWBY: Arrowfell is set sometime in the seventh volume of the anime, just after Ruby, Weiss, Blake, and Yang have become officially licensed huntresses. While fulfilling quests while looking to make a name for themselves, they soon stumble upon a mysterious military technology that seems to attract Grimms and get caught up in a broader conspiracy as they investigate its origins. It’s not a particularly riveting story, but it provides just enough incentive to keep you engaged, buoyed in part by fully voice-acted cutscenes at key story beats that mimic the animation style of the show. Those of you with no background in RWBY may be a little lost sometimes as to how various characters and organizations are related to each other, but the narrative is kept simple enough that things don’t get too confusing.

RWBY: Arrowfell is an action-platformer that reminded us quite a bit of the Shantae games, but the gimmick here is that you can swap between any of the four starring girls at will. Each of them has their own distinct weapon loadouts and special skills, the latter of which are also used to solve simplistic environmental puzzles. Ruby, for example, has a horizontal dash that makes her temporarily invincible in combat and can also be used to cross gaps the other girls can’t. Blake, on the other hand, can summon a shadow clone that attacks when she does and can also be used to weigh down switches to open doors.

Though we appreciated that each girl feels sufficiently differentiated from the next, we also felt that there’s a missing mechanic here to incentivize using the whole team more often. Once you’ve settled on a team member with weapons that suit your playstyle, there’s really no point in switching to the others besides for the sake of variety. This then has the effect of reducing the other three team members to ‘keys’ that you occasionally pull out to unlock an obstruction in the environment and then toss back in the drawer for later use. Having something like a combo system that favored switching mid-battle or certain enemies that sustained more damage from specific members of the team would’ve been more useful in this regard.

To give a sense of character growth, each girl can be improved via a series of skill points that are found or bought throughout the world that can be invested in stats like melee attack damage and defense. We admired the attempt at depth found in the skill system, but found that it, too, incentivizes sticking to just one member of the team. It doesn’t take all that long to max out one team member’s stats, and doing so then puts you at a notable advantage over most enemies you encounter. Having a good reason to spread your points around and use the whole team would’ve been welcome here, as choosing to do so of your own accord amounts to a self-imposed handicap.

The moment-to-moment gameplay follows a solid, if unremarkable take on action platforming, as you run through frozen caves and futuristic cities carving up bad guys and fulfilling more fetch quests for NPCs. Combat is snappy, but a little simple, and it feels oddly balanced. For example, using a ranged attack costs a chunk of your energy bar and this bar also depletes when you take damage. If it empties, you lose a heart and if you lose all your hearts, you die. Bringing yourself to death’s door just to fire off a few shots is hardly ever worth it, so we found ourselves barely using ranged attacks.

Furthermore, every girl shares the same energy bar and heart pool, which means switching is disincentivized given that the girl you’ve invested the most skill points in will be able to recover energy much faster. Regardless of who you play as, it’s still satisfying to slice and jump your way through stages, but there’s again a missing piece here that feels sorely needed.

Level design in RWBY: Arrowfell follows a wide-linear format that’s reminiscent of Metroidvanias, but a little more restricted in scope. Rather than one big, interconnected map, self-contained levels are unlocked and can be selected from a world map in any order of your choice. Each level has a few pathways radiating out in either direction and you can explore these to find chests containing skill points or key items needed to progress the story. The level design is okay, but there’s a critical lack of interesting stage hazards and obstacles to differentiate each level from the next. The lack of a map function can make navigating some levels more tedious than it needs to be; none of the levels are large enough for you to get completely lost, but there were a few times when we found ourselves meandering around a bit much because we couldn’t find the one hallway needed to make progress.

In case you haven’t gathered thus far, RWBY: Arrowfell is the kind of game that has all the right pieces, yet fails to put them together as well as it could—it’s like a runner in the lead in a track event tripping a few yards before the finish line and losing all their momentum. You’re given four characters with distinct playstyles and abilities, but not a good reason to actually use them all. You have melee and ranged options in combat, but are punished for using one of them too much. Stages are well-stocked with goodies and are meant to be explored, but you’re not given a map to navigate with.

RWBY: Arrowfell has plenty of good traits, the problem is that nearly all of those traits come with some sort of qualifier or caveat. It’s certainly not a bad game by any means, but it’s rather frustrating to see how a few simple tweaks and adjustments to some gameplay systems could’ve led to a considerably more enjoyable experience.

From a presentation standpoint, RWBY: Arrowfell does a good job of adapting the visual style of the anime. Everything appears to be running on some version of the 2.5D engine WayForward used in projects like Ducktales: Remastered and Shantae: Half-Genie Hero, which looks nice in motion. Though it uses mostly 3D models, the kind of outlining demonstrated in this art style makes many characters and enemies look 2D. The only drawback here is that we didn’t note any instances of a frame rate that rose above 30FPS, while some busier sequences got a little choppy as it dipped below that. Further, environment design sometimes gets a little samey—you can only run through so many snow-covered caves and tundras before they start to blend together.

RWBY: Arrowfell is a fine enough game, but it also feels like the kind of thing you might’ve discovered on Newgrounds back when Flash games were popular. Elements like the shallow combat and tacked-on skill point system don’t feel properly fleshed out, and repetitive environments and bland level design tend to get tiresome as the campaign wears on. We’d give this game a light recommendation if you’re a big fan of Wayforward’s other work in 2D action games and are looking for something in that vein, but even then, you may want to wait for a sale here. There are certainly much, much worse games than RWBY: Arrowfell to be found on the Switch eShop, but we think your time and money are better spent on, well, better games.