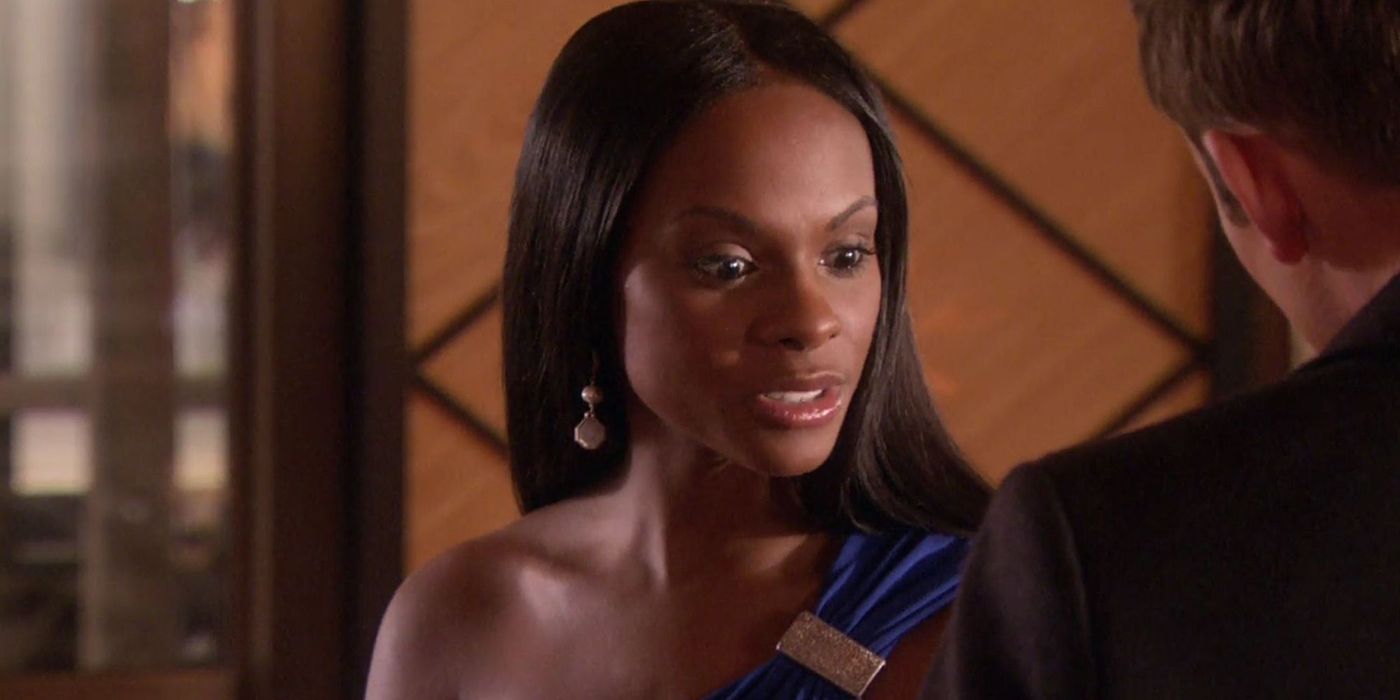 Run the World is one of the exemplary series to come out of Starz’s #TakeTheLead initiative to highlight diverse stories and creatives for a variety of underrepresented audiences in media, namely women. Hailing from Boomerang writer Leigh Davenport, the series follows a tight-knit, witty, and hilarious friend group of thirty-something Black women who are living it up in Harlem.

Sumpter joins the series as Naomi, the biological mother of Amari and a naval officer who just returned from duty and reasserts herself in his life. Her return to the family leaves Sondi feeling out of place in the dynamic. CP, meanwhile, plays multi-billionaire tycoon Preston Thurgood, creator of the in-universe Prestify and the humorous, down-to-earth suitor of Renee. His charm coupled with his luxurious lifestyle has her wondering if he’s the love of her life, or merely someone who could give her everything she desires. Blaakar’s character Phillip Houston is a business school rival for Whitney returning from a trip to London, now single. Between his British arrogance and good looks, Whitney finds herself flustered by him and the feeling is mutual with Phillip.

RELATED: How to Watch ‘Gaslit’: Where to Stream Julia Roberts Political Drama

Summer’s guest appearance actually picks up where Rosie O’Donnell‘s Dr. Nancy left off, taking up the mantle of the ladies’ new therapist Dr. Monica Mitchell. Mitchell comes off as wise and trusting, developing a deep and personal rapport with everyone who visits her and getting the women to open up about everything from relationships to how they were sick of getting advice from a white woman. Featherson-Jenkins rounds out the new group as India Blue, a successful, beautiful, and confident singer, songwriter, and producer who wants more than to just work with Jason, despite his past relationship with Renee.

Run the World stars Amber Stevens West (The Carmichael Show), Bresha Webb (Marlon), Corbin Reid (Valor), Stephen Bishop (Moneyball, Imposters), and Tosin Morohunfola (Black Lightning), all of whom are set to return for Season 2 alongside recurring guest stars Erika Alexander (Living Single) and Nick Sagar (Queen of the South) and guest stars Jay Walker (Grey’s Anatomy) and Tonya Pinkins. While most of the cast is intact, the show took a big hit when Deadline reported back in February that Andrea Bordeaux, who starred as Ella in the first season, exited the show for not complying with COVID 19 vaccine protocols.

Alongside the new cast, the show will see a new showrunner and executive producer join the ranks in Mixed-ish‘s Rachelle Williams-BenAry. Run the World is a Lionsgate Television production with Senior Vice President of Original Programming Kathryn Tyus-Adair supervising the series on behalf of Starz. Lionsgate, meanwhile, has Senior Vice President of Television Jocelyn Sabo and Director of Television Maggie Leung overseeing production.

There’s no release date right now for Season 2 of Run the World, but you can watch the first season right now on Starz’s website with a subscription.