Round Up: The Reviews Are In For Sonic Origins 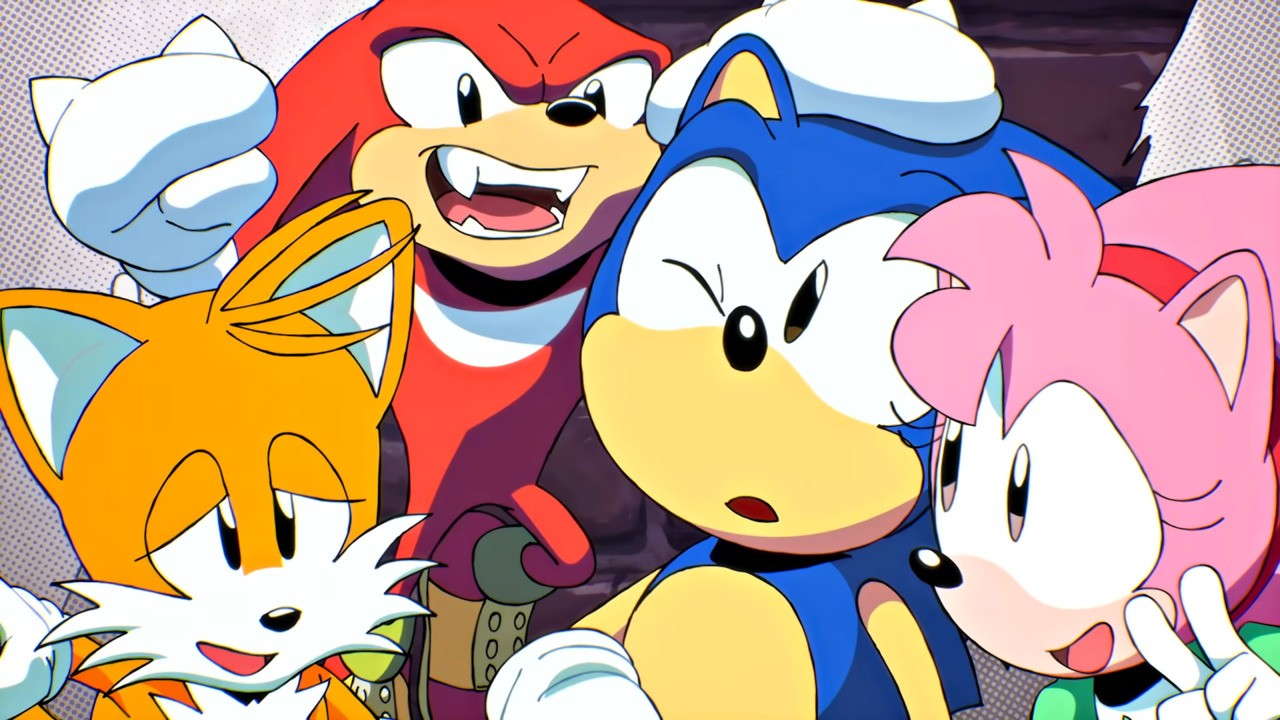 Sega’s compilation of all four classic Mega Drive/Genesis titles — Sonic Origins — arrives this Thursday on Switch (and other platforms!), and the reviews have been coming in as fast as the blue blur himself.

This collection sees Sonic the Hedgehog, Sonic the Hedgehog 2, Sonic 3 & Knuckles, and Sonic CD all grouped together with a plethora of modes to appeal to newcomers, classic Sonic fans, and, well, basically anyone who wants to revisit or check out the hedgehog’s history. Players will be able to speed through in Classic Mode, which presents the games in the original 4:3 format, while Anniversary Mode brings widescreen, the drop dash, and removes lives, to the classic quadrilogy. There’s also a Sonic-exclusive Story Mode, Boss Rush, a museum, and more.

Producer Takashi Iizuka came up with the idea to rerelease these games together after the first Sonic movie launched in 2020, but is this a Super Sonic compilation or short of a few Chaos Emeralds?

Of course, we’ll have our own thoughts for you in due course once we get our hands on Switch code — rest assured that we’ll give you lovely readers the NL verdict as soon as we can.

So, let’s start off with our sister site Push Square then. The lovely folks over there gave Sonic Origins a respectable 7/10:

Sonic Origins presents four of the hedgehog’s best games with style, and it’s a joy to revisit these iconic platformers. Presentational flourishes like the animated cutscenes, as well as a host of extra modes like Boss Rush and Missions, give fans and newcomers alike plenty to see and do, and the Museum is full of interesting artwork you might not have seen before.

Game Informer was even more positive about it, scoring this nostalgia-soaked package an 8.5 out of 10:

While the music changes and audio mishaps are disappointing, the Sonic Origins package is terrific overall. Having the best versions of the classic Sonic saga in one bundle is supremely satisfying, and Anniversary Mode’s enhancements make the experience of playing through them more enjoyable than ever before.

GameSpot felt the extras and the DLC harmed an otherwise nice little package, as addressed in a 7/10 review:

Sonic Origins has some puzzling issues and omissions that you wouldn’t expect in a retro compilation of this caliber. There’s no save-state/reload functionality, nor are there any screen filters that can help smooth the pixels into a nice CRT-like look. There is one “anti-aliasing” screen option that makes the screen look like it’s been smeared with petroleum jelly, but that’s it.

Destructoid felt similarly to GameSpot on the additions and extras in a 6.5/10 review, feeling that the collection is lacking compared to other compilation titles:

The whole idea behind the new collection was apparently to “modernize” the games; moving them into a new engine (amusingly called the “Retro Engine”) rather than simply emulating them. If that’s the case, why stop with widescreen?

But PlayStation Universe loved Sonic Origins, giving it a pretty darn celebratory 9.5 out of 10:

Sonic Origins is a collection Sonic’s most memorable outings, and personally, the only way SEGA could have celebrated such a major milestone for the spiky fella. Not only do they still play great, but they look brilliant in HD and the amount of extras is a nice nod to longtime fans.

Will you be picking up Sonic Origins later this week? Let us know!

Why Super Mario Cast Chris Pratt As The Beloved Plumber, According To Illumination’s CEO