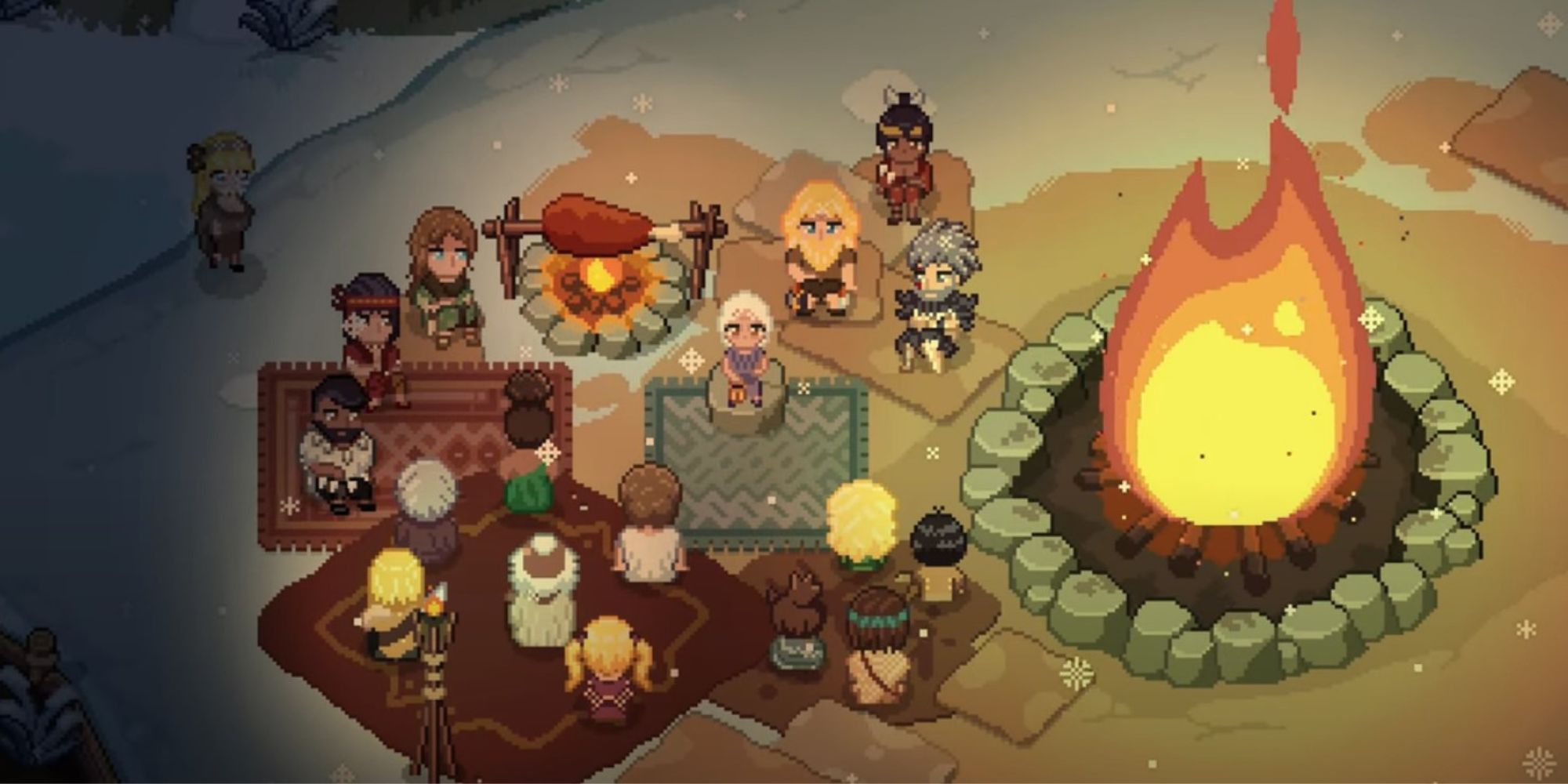 An official announcement trailer has revealed the release date of Stone Age farming sim Roots of Pacha. PC gamers can jump into the world of Pacha on April 25, 2023.

Developer Soda Den first announced Roots of Pacha last year. The Kickstarter campaign for the upcoming game had more than seven thousand backers and raised $355,388, 10 times more than the $35,000 goal. In June, Roots of Pacha’s demo was featured at the Day of the Devs Summer Game Fest.

Narrated by a grandmother telling a campfire story, the three-minute trailer introduces Pacha’s world and showcases the game’s various environments and activities. A farming sim at its core, players can plant, water, and harvest crops in Roots of Pacha. By exploring caves, players can mine resources and discover hidden areas. Players can also befriend and tame wild animals, like the adorable wooly mammoth shown in the trailer, and ride mounts through diverse terrain.

There are even more activities in Roots of Pacha — players can expand their village, invest in research, and explore the world with friends. The trailer shows how rivers can be overcome as the village expands by constructing a bridge. Players can advance their society by developing ideas, which can lead to better farming tools and methods. Tasks like crafting and fishing can be enjoyed alongside friends. It seems players will have plenty of things to do in Pacha, as the trailer also highlights numerous clothing and home customization options, cooking and rhythm mini-games, and the opportunity to find in-game romance and have a child.

On Twitter, the official Roots of Pacha account posted a cut version of the trailer. The tweet also linked the Steam page for fans to wishlist the game and a Discord invite for community engagement. Ahead of Roots of Pacha’s release, the Discord server already boasts more than nine thousand members, reflecting high anticipation. Come April, it’s clear there will be plenty of farming sim enthusiasts ready to jump into Roots of Pacha at launch.

Forspoken: Chapter 4 – Where To Find Auden…