Ronnie Will Be Back on Jersey Shore: Family Vacation Next Week 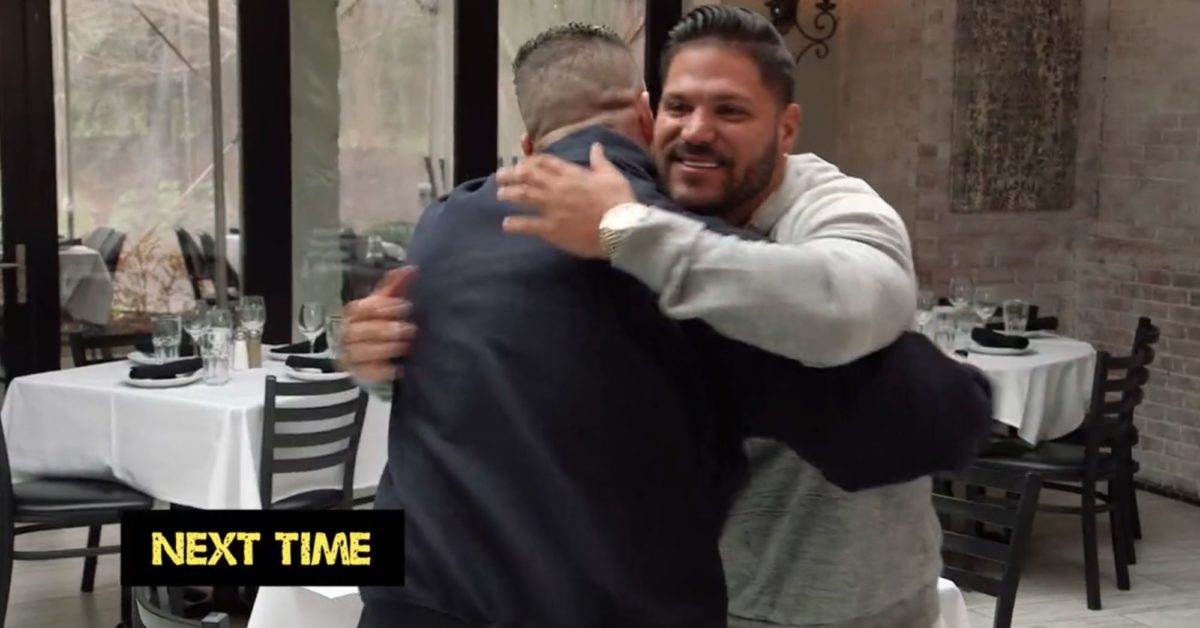 After spending most of the season absent following his most recent domestic violence arrest (for which he was not charged with a felony), Ronnie Ortiz-Magro will return to Jersey Shore: Family Vacation next week. Ron had been teasing his return on social media for months, but most fans passed it off as wishful thinking, especially since he didn’t appear in any promotional material for the back half of Season 5. However, in a shocking reveal in the “next week” teaser at the end of this week’s episode, Ronnie was seen returning to New Jersey and to Jersey Shore: Family Vacation.

“Feels good,” Ron answers in the clip shown in the teaser when a producer asks him how it feels to be back in Jersey. Next, Ron is seen greeting Mike. “…Eager to make amends,” we see Mike tell him, mid-conversation. “Everyone was upset for your actions.”

Greetings, comrades! It is I, your El Presidente, bringing you the latest news on the finest of trashy reality television shows. It’s no surprise Mike would be the one to sit down with Ronnie first. For one thing, both men were probably the biggest villains during the original Jersey Shore show, but Mike has since (mostly) turned his life around, quitting drugs, serving his prison time for tax evasion, and generally trying to be a more positive and less conniving person. Mike also helps others with recovery from addiction, and he’s expressed a desire to help Ron change since Jersey Shore: Family Vacation started. For another thing, with Angelina’s recent face turn, Mike has been filling the role of the show’s only villain, so he could definitely use some company in giving viewers someone else to despise.

How Ron’s return will go, of course, remains to be seen. Viewers of the original Jersey Shore witnessed several seasons of Ron’s incredibly toxic relationship with Sammi Sweetheart, and as neither person behaved admirably in that, it was possible to believe both could be at fault. Viewers of the original seasons of Jersey Shore: Family Vacation witnessed Ron’s incredibly toxic relationship with his baby’s mama, Jen, and once again, thanks partially to the MTV cameras capturing her physically assaulting Ron, there was some ambiguity about the situation. When Ron was once again arrested for domestic violence in his relationship with his now former fiance, Saffire, to who he was last seen proposing to earlier this season, well… let’s just say it’s got to be getting harder for even the most diehard viewers to watch.

But MTV is, in fact, hoping his return will keep viewers’ eyes glued to the screen. Time will tell if this will help Jersey Shore by fueling higher ratings… or lead to its ultimate demise. Until next time, comrades: socialism or death!