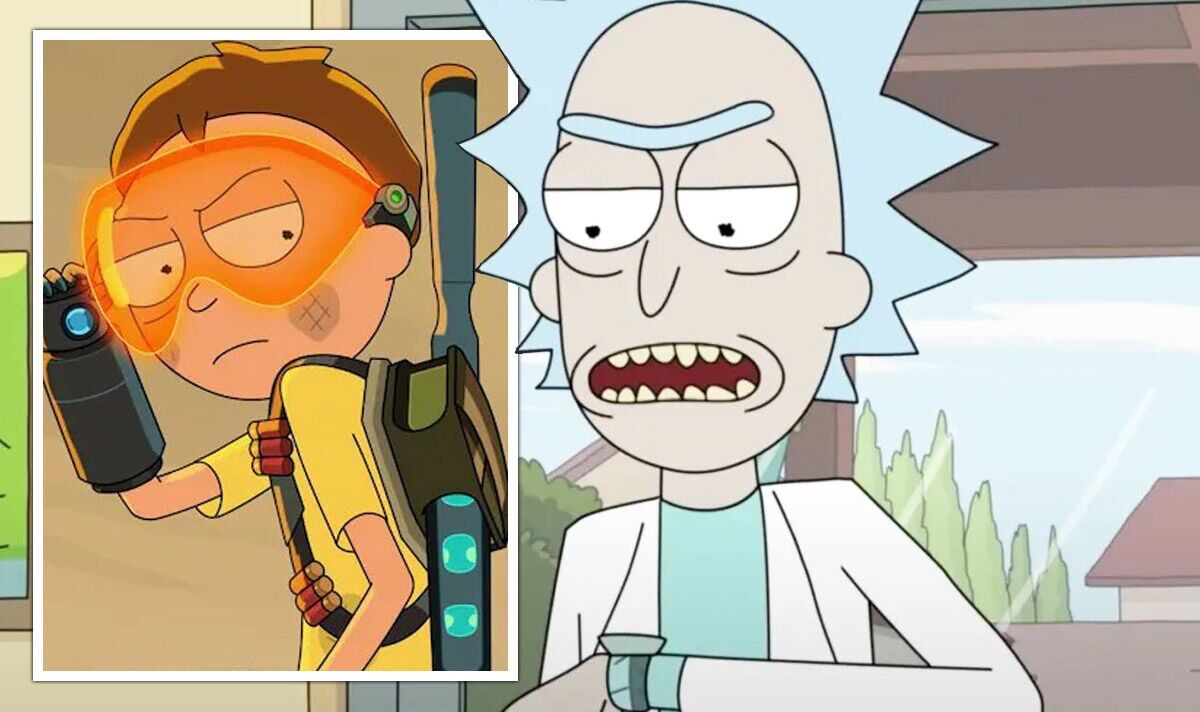 Dan Harmon and Justin Roiland’s irreverent dark comedy is still one of the most popular animated shows ever, but many viewers couldn’t help feeling Rick and Morty season five took a substantial dip in quality. Ahead of the Adult Swim cartoon returning for its sixth season next month, Justin has promised the next batch of episodes will live up to the hype.

Co-creator and voice actor Justin is convinced Rick and Morty’s sixth season will be one of the best outings of the show so far.

The showrunner voices both title characters as they travel across the dimensions to distract from their dysfunctional family.

While the series has continued to receive critical acclaim, long-time fans highlighted a number of episodes in season five as a low point for Rick and Morty.

“Season five was a weird one,” Justin admitted recently.

READ MORE: POLL: What do you think of Strictly Come Dancing 2022 lineup?

“It really rewards fans of the show that have been watching up to this point,” he teased.

“So it’s like, I think we’re kind of finally back into the rhythm of Rick and Morty.”

Season six brought back some familiar characters such as arch-nemesis Evil Morty and Rick’s friend Birdperson (played by Dan).

However, most of the episodes veered away from the main plot, and some fans were rather put off by the likes of Rickdependence Spray and Gotron Jerrysis Rickvangelion.

“But season six is f**king amazing. It really is a f**king quality season.”

Not only should Rick and Morty return to the highs of their earlier adventures, but the next season could also unravel some of the biggest mysteries fans have been trying to solve for nearly a decade.

Rick and Morty season 6 premieres Sunday, September 4 on Adult Swim in the USA. Seasons 1-5 are available to stream on Netflix in the UK.

Another Talent Made Their Big WWE Return Tonight