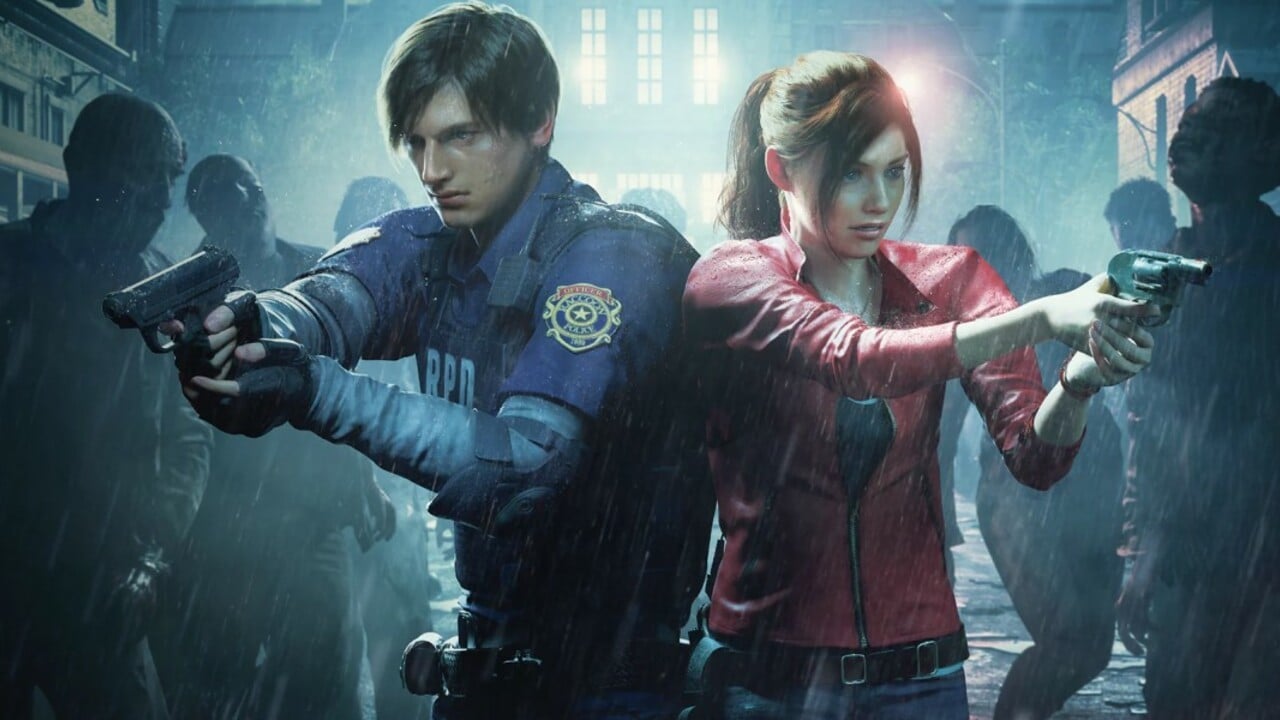 Note: This Cloud Version of Resident Evil 2 was tested on 100MB UW Broadband over WiFi and wired ethernet cable, along with a 5G mobile connection.

Capcom is marching on with its plan to release its modern Resident Evil titles as cloud versions on Switch with Resident Evil 2, and while we approach every streaming-only version with a healthy dose of caution and scepticism due to the inherent caveats of the tech, we’re happy to say that this one is a fine new addition to the line-up that makes a strong case for the validity of cloud gaming.

The long-awaited remake of the 1998 classic, Resident Evil 2 takes place shortly after the events of the original Resident Evil and reintroduces us to two of the franchise’s most iconic characters: Leon Kennedy and Claire Redfield. Iconic locations from the original PlayStation / N64 title return here — including the fan favourite RPD station — but for this version, everything has been totally rebuilt and given a significant lick of paint, adding new details and implementing visual narrative cues that simply wouldn’t have been possible in the original release.

The gameplay is very much a mix of Resident Evil 4’s over-the-shoulder action with the more “classic” survival horror mechanics seen in the original trilogy and reintroduced in RE7: Biohazard and RE8: Village. Long-time fans will be pleased to hear that ammo in this remake is consistently scarce throughout, though the game throws you a bone by allowing you to use daggers to stave off the occasional zombie attack, taking cues from REmake’s own defensive abilities. Herbs can be gathered and combined into more potent mixtures to aid with healing, while classic key items from the original game, such as station keys, cranks, and medallions, all make an appearance here.

With two characters to choose from right from the start, the game effectively has four unique campaigns to go through: Leon A, Claire B, and Claire A, Leon B. Essentially, if you choose Leon to start off with, you can move onto Claire’s scenario once you’ve completed your playthrough, and vice versa. It’s a nice move that mimics the original structure, which is a good thing because a single playthrough can be done and dusted in just a few short hours if you know what you’re doing (first-timers might be looking at around 8-10 hours for a playthrough). Alternatively, you can bump the difficulty up to ‘hardcore’ to give yourself a bit more of a challenge; zombies attack with immense ferocity in this mode and you’ll need to collect ink ribbons if you’re looking to save your game, something that veterans will absolutely relish.

Extra modes are included with this release as standard (with a couple locked until completion of the campaign), so you’ve got several additional miniature campaigns starring the likes of Robert Kendo and HUNK, and these provide welcome changes of pace from the standard story. HUNK’s ‘4th Survivor’ mode in particular is a ruthless test of skill that we recommend leaving until you’ve completed the campaign at least a couple of times. It’s brutal.

In terms of performance, we’re delighted to say that our time with Resident Evil 2 Cloud Version brought next to no significant cloud-related hiccups. Load times can be a bit lengthy when moving from the main menu into the game itself, but once you’re there, we had a smooth experience from start to finish. As noted at the top, we tested over WiFi and wired ethernet direct into our dock and found no discernible difference between the two. Controls were responsive, and the game looked good on the TV and on the handheld’s screen.

Naturally, the visuals don’t look as crisp as they might do were the game running native on hardware with sufficient grunt to host it, with minor examples of artifacting evident in our screenshots throughout this review (also note that the server connection gauge in the top right corner is consistently at max level). However, given that this is the only option available for Switch owners, we were pleasantly surprised how the overall streamed experience held up compared to the PS5/Xbox Series X versions we’ve played.

It should go without saying that, like all cloud games on Switch, your own experience with performance may differ to ours based on your internet speeds, so keep that in mind and make sure to test the demo thoroughly before paying your money.

Resident Evil 2 is an absolutely essential experience for fans of survival horror. We’re not yet at the point where we can confidently recommend purchasing a cloud version of the game on Switch if you’ve got access to a native version on another platform (and as the old-school gamers we are, we may never reach that point), but given that we encountered next to no streaming-related hitches during our time with it, this is a more-than-acceptable choice if it’s the only one available to you. Fans waited years for a remake of Resident Evil 2, and it’s safe to say that the wait was well and truly worth it.

The Devil in Me: Everyone Survives Walkthrough Guide