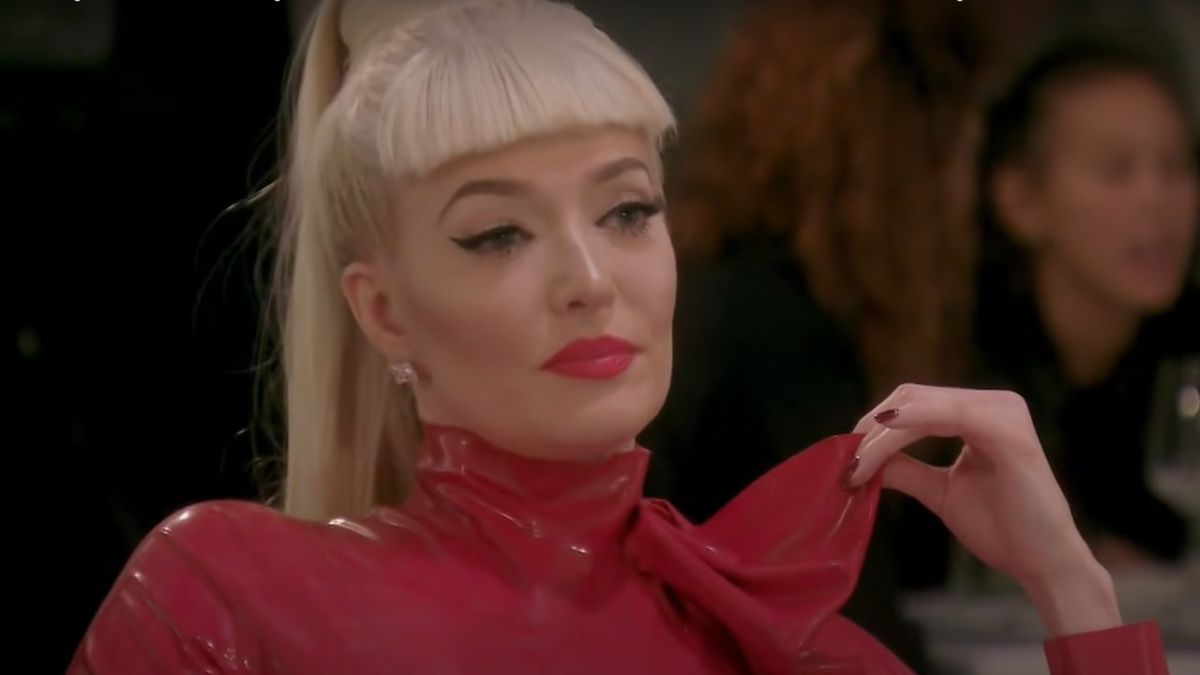 As we know all too well at this point, reality TV often means stars will be cast or edited into certain roles for entertainment. The most common of which is the villain or, to borrow a wrestling term, the heel. Over her last six years on The Real Housewives of Beverly Hills, Erika Jayne has had her fair share of blowups but, largely, she’s tried to maneuver away from such definitive edits by remaining cold, aloof and unbothered with the drama on the show. Yet Season 12 is speculated amongst fans to be a bit different, as Erika Jayne apparently goes into “full super-villain” mode – and the reality star is addressing those claims upfront.

The insinuations came about initially when The Real Housewives of Beverly Hills’ Season 12 trailer dropped online in April. In it, Erika Jayne is seen getting into a heated argument with a co-star over them siding with the alleged victims of her ex-husband’s embezzlement schemes. She is also heard saying that she cares only about herself in the situation. However, the 50-year-old told Entertainment Tonight that she’s not being a villain, just a champion for herself, saying:

Indeed, the premiere of Season 12 on May 11 showed that effort to an extent. A gym date between her and co-star Garcelle Beauvais – which clearly predates their serious feud of late – saw the former double down on the fact that her old problems with Sutton Stracke on the show don’t warrant an apology by her in the slightest. But, mostly, the Beverly Hills cast were still reeling from the then-recent home invasion experienced by Dorit Kemsley.

The real drama is expected to kick into overdrive in the coming weeks concerning Erika Jayne. I doubt Sutton Stracke’s comments about the controversial star being a gold digger will stay quiet for long. Then there’s Garcelle Beauvais unfollowing Jayne on social media for cryptic reasons at some point and also the fight with Crystal Kung Minkoff over the accusers in the legal case. Kung Minkoff has explained since why it was “very easy” for her to defend the reported victims on the show.

Nevertheless, the TV personality and former singer has continuously denied any wrongdoing as it relates to the supposed “largest criminal racketeering enterprise” in history, as it’s being deemed by some. But there are still a few multi-million dollar lawsuits that The Real Housewives of Beverly Hills alum has been named in for reportedly aiding and abetting her ex Tom Girardi. During the latest premiere of her show, she admonished a producer (a rare occurrence) over Bravo needing to do its “due diligence” of showing what’s been proven wrong about her in the situation.

Still, she might have wanted to consider taking heed. Because she caught a ton of heat last season for coming across as defensive and unfeeling toward those involved in the ongoing cases. But, so it would seem, that’s not the way of Erika “Ice Queen” Jayne.

If she does go full villain, I know of a red latex dinner outfit that would make for a perfect villainness’ costume. Find out what happens further on The Real Housewives of Beverly Hills, as new episodes air on Wednesdays at 8 p.m. EST and next-day, for those with a Peacock Premium subscription.

Video game adaptations could learn something from the Pokémon anime

Kirby and the Forgotten Land list of all Present Codes

Why Was Mark Harmon’s Gibbs Still In The NCIS Opening Credits During Season 19?…