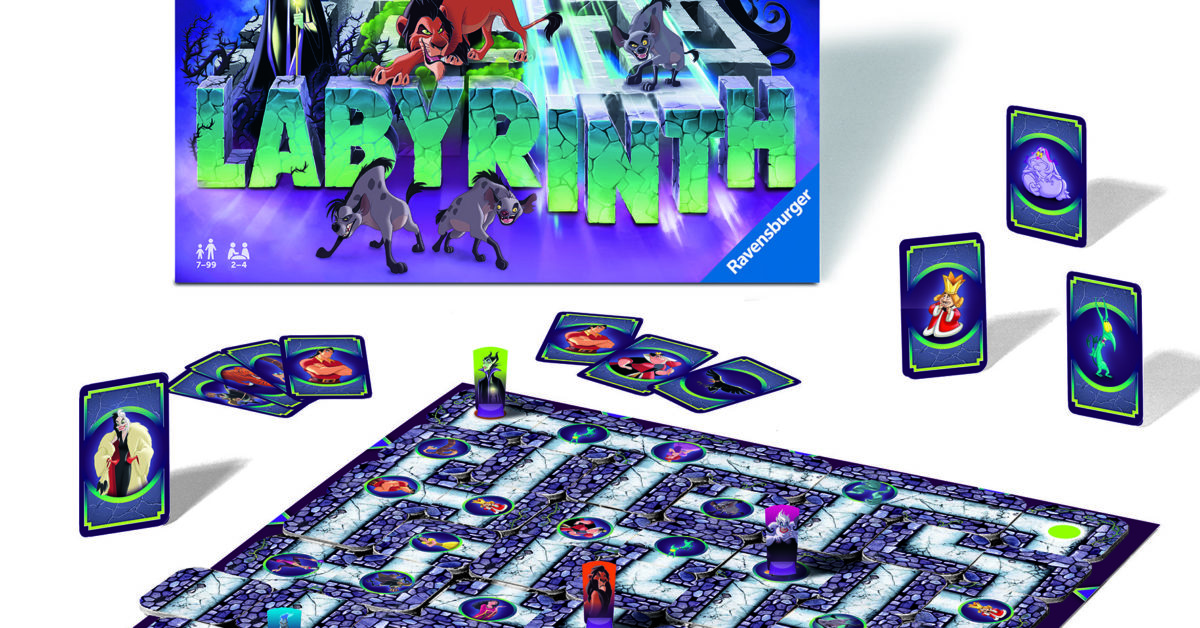 Ravensburger showed off two new versions of the game Labyrinth that are officially on sale today with both Disney and Marvel. The two titles are Disney Villains Labyrinth (going for $37), which speaks for itself as you’re playing the game with some of the company’s most famous villains, and Spidey and His Amazing Friends Labyrinth Junior (selling for $25), which is a stripped-down kids version of the classic title featuring characters from the animated series. Both of these offer their own challenging version of the famous board game with themes fans of both will enjoy, but the Spidey version is more designed for kids between the ages of 4-7. Which, once they master, could easily move up to the bigger version. Both titles are currently being sold exclusively on Amazon starting today. Here’s a little bit more on both titles.

Captain Hook, Mother Gothel, Jafar, and a handful of henchmen are lost in a maze! Play as Scar, Maleficent, Hades, or Ursula as you search for them. On your turn, you’ll shift the maze and move along the path, trying to get to the characters on your cards while blocking your opponents. Be the first to find all the Villains and henchmen on your character cards and make it back to your starting place to win! Each game comes with one game board, 34 maze tiles, 24 character cards, four playing pieces, and instructions. Supports two to four players ages seven and up and takes 20-30 minutes to play.

Spider-Man, Spider-Gwen, Miles Morales, and their friends are lost in the labyrinth. Help find them by shifting the maze and moving along the paths. The first to find all the characters on their tokens and return to their starting place wins. Spidey and His Amazing Friends Labyrinth Junior comes with 1 game board, 17 maze tiles, 12 round tokens, 4 playing pieces, and instructions.

5 Letter Words Starting With B & Ending With Y