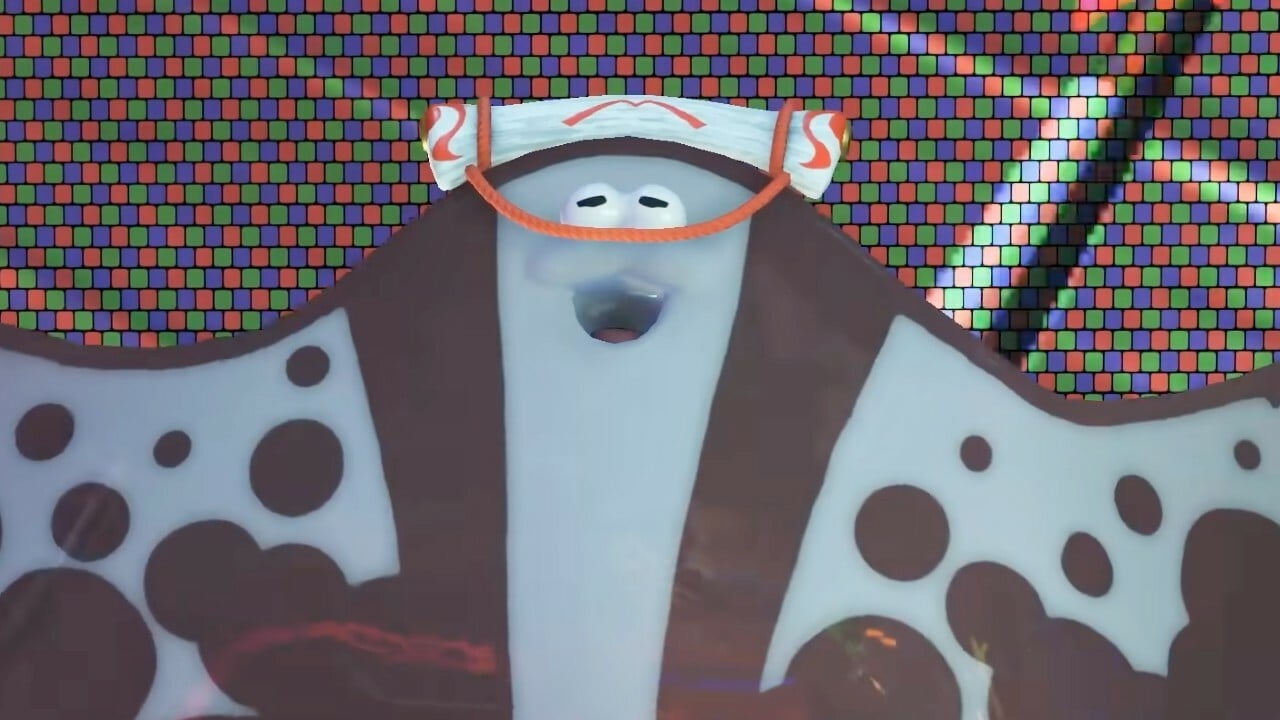 What was the best part of the Splatoon 3 Nintendo Direct yesterday? The Splatfests? The card game? The locker room? Unsurprisingly, it seems to be Deep Cut, the game’s new musical hosts. They’re turning out to be a big hit despite replacing the Squid Sisters, but one particular member from this trio has stolen the internet’s hearts

Joining the Octoling Shiver and Inkling Frye is one very big manta ray — Big Man. We’ve never seen anyone happier to just exist, really. Big Man is a manta of few words; it seems the only word he can say is “ay” which is actually a stand-in for every single word imaginable because we then get a translation of what he’s truly conveying.

As one of the game’s three ‘idols’, Big Man will be stepping up every Splatfest to represent one of the three teams. For the first one, coming 27th August, he’s representing ‘scissors’, which he says are “complicated” and “work your mind”. We suppose not having hands doesn’t help, there!

Look, we love him, okay? And it seems like pretty much everyone else does too going by Twitter. As soon as the big manta ray was revealed during yesterday’s Direct, people flocked to social media to share their thoughts on the newest addition to the game

The most important part of the Splatoon 3 Direct

Big Man has proved so popular, that he’s even become part of a Twitter trend where fans of something throw the word ‘sweep’ onto the end of a hashtag to try and get something trending. #BIGMANSWEEP it is, then.

But Big Man hasn’t just won a legion of fans on his debut, but he’s also getting a fairly big fan art following. We don’t blame people — he’s just a big, happy manta ray, and we all need a bit more of that in our lives.

These are just some of our favourite reactions and pieces of fanart of Big Man, and we’re sure we’ll see plenty of it in the coming months and years.

Splatoon 3 is out on 9th September, but you’ll be able to see Big Man in the game as early as 27th August when the Splatfest World Premier hits.

Are you a Big Man Fan? Let us know what you think of the male idol in the comments!

PlayStation Plus Game Catalog games for August include Bugsnax, Dead by Daylight